The Real Threat of Trump and Barr 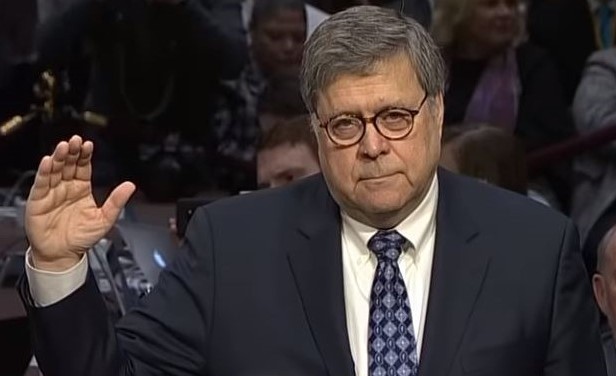 The Mueller Report is a cornucopia of stunning revelations of corruption and abuse of power by Donald Trump, his Administration, and his campaign.  I write to discuss one important revelation that has been highlighted, but widely misunderstood:  President Trump repeatedly attempted to obstruct justice – indeed, ordered the obstruction of justice – and failed only because his staff refused to carry out his commands.  Jeff Sessions refused to “unrecuse” from the Russia investigation; Reince Priebus retrieved Sessions’ proffered resignation letter so that Trump could not use it as a “shock collar” to tame the Justice Department; Don McGahn refused to carry out Trump’s order to fire Special Counsel Mueller; Rick Dearborn refused to communicate Trump’s order that Sessions limit the Special Counsel’s jurisdiction to future elections; KT McFarland did not follow Trump’s order to draft an internal cover-up memo; and on and on.  One moral that might be drawn from this story is its happy ending:  the President’s attempts to obstruct justice were thwarted at every turn by conscientious public servants.  One commentator on NPR even went so far as to declare triumphantly that these episodes show that the system works.  This is wrong.  The system did not stop the President from obstructing justice; specific individuals did.

As many have remarked, it is chilling to know that it is a pattern and practice of this President to obstruct justice.  But what makes the realization downright frightening is the fact that not one of those conscientious public servants still serves in the Trump Administration.  Indeed, each and every one of them fell out of favor with the President precisely because they would not work his nefarious will.   Can we rely on the public servants currently serving in the Trump Administration to stand up to and check the President?

In fact, this has been clear all along.  Barr is a longstanding proponent of the unitary executive theory of presidential power.  He advanced that theory as the head of the Office of Legal Counsel in the late 1980s and in his first stint as Attorney General in the 1990s.  He specifically applied that theory to the Mueller investigation in a now infamous memo he wrote last June as a private citizen (a memo that is widely regarded as the very reason President Trump selected him to replace Jeff Sessions as Attorney General).  According to Barr, “[w]hile the President has subordinates – the Attorney General and DOJ lawyers – who exercise p[ower] on his behalf, they are merely his hand – the discretion they exercise is the President’s discretion ….”  On Barr’s view, those public servants I have described as conscientious are more accurately regarded as insubordinate.  To extend Barr’s corporeal metaphor, they are the body in revolt against itself, a kind of “cancer on the presidency.”

I testified at Attorney General Barr’s confirmation hearing.  I opposed his nomination because I was familiar with his views on presidential power and, so, could see the dangers they posed for the Mueller investigation and, more broadly, for the rule of law.  Still, I am shocked at how brazenly William Barr is willing to ignore facts and law in order to promote Donald Trump.  Joseph McCarthy had Roy Cohn, Richard Nixon had John Mitchell, now Donald Trump has his man.

*Institutional affiliation is listed for identification purposes only.