The President’s Pardons Paradox: Granting Them Could Aid the Prosecution 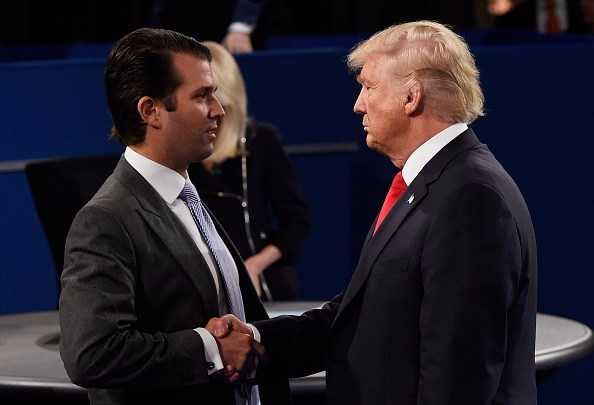 *This article was first published on Just Security

It emerged late last week that President Trump has reportedly queried his lawyers regarding the nature and scope of his authority to pardon individuals including himself.  Over the weekend, Trump tweeted a “nothing to see here” message while asserting his pardon power was “complete,” presumably meaning absolute.

While not limitless, the authority of the President to pardon is undeniably substantial. The President cannot pardon for prospective crimes or violations of state criminal law. There is a strong argument that he cannot pardon himself and certainly cannot insulate himself or others from the conviction of impeachment, as expressly stated in the Constitution.  But other than these and perhaps other narrow limitations, a President’s pardon powers is vast.  Indeed, the President’s power to pardon others including his family members for past federal crimes, even without evidence of specific criminal investigation or prosecution, is arguably plenary in nature.

Not surprisingly in the context of the investigation into Russian interference in our election, Trump’s reported interest in pardons has generated an avalanche of commentaryexploring the legal limits of presidential pardon authority. Less attention, however, has been paid to why President Trump has not exercised his pardon authority yetespecially with so many of his confidants caught in a web of a criminal inquiry. This is the issue I focus on here.

Some may argue that if Trump were to pardon close confidants – say his campaign manager Paul Manafort, the Trump-identified foreign policy advisor Carter Page, Senior Advisor and son-in-law Jared Kushner or his National Security Advisor Michael Flynn – the optics would be undesirable and the political fallout substantial.  This is undoubtedly true, President Gerald Ford arguably never recovered politically from the pardoning of President Richard Nixon. But given Trump’s record, I am highly skeptical that these political concerns are a sufficient deterrent to exercise his authority.

Unpleasant optics because of his flagrant norm violations thus far have hardly served as significant inhibitions for this President.  He did not release his tax returns as every president has for half a century.  He ignored anti-nepotism laws. He discussed on the campaign trail imprisoning his political opponent. He ignores the Emoluments Clause of the Constitution.  The norm transgressions are so substantial that this site has a section dedicated to it.  There is an outcry.  But that outcry and the optics simply do not seem to bother this President or his most ardent supporters.  Nor do they seem sufficient to alienate him from almost all of the elected Republicans in Congress, at least so far.

It must be something else. Most likely the President has been informed of one important fact about his pardon power, anyone he pardons is no longer under criminal jeopardy for federal crimes and, accordingly, Fifth Amendment protection for self-incrimination evaporates. Manafort, Page, Kushner, and Flynn at this point – pre-pardon – need not answer any questions from Robert Mueller, Congress or anybody.  The Fifth Amendment of the United States Constitution provides no person “shall be compelled in any criminal case to be a witness against himself.”

Once pardoned, however, there is no legal jeopardy for past federal crimes. Therefore, the Fifth Amendment can no longer be a shield and permit Trump’s pardoned associates from refusing to answer questions under penalty of perjury. This creates a paradox for President Trump.  When he pardons an individual, they are free from possible prosecution but they are also uncloaked of their most robust constitutional protection.

This may well be why President Trump has not pardoned Flynn, for example. Given the reported substantial contacts between Flynn and Russian government emissaries, given Flynn’s patent falsities including on federal forms completed under penalty of perjury, Flynn’s only protection presently from being compelled to testify – including possibly against the President and others – is the Fifth Amendment self-incrimination clause. Imagine if that was no longer a shield.  Grand Jury, FBI Agents, Congress all could drill Flynn under oath.  Any material prevarication would be punishable as perjury.  At that point Flynn’s personal interest will be to tell the truth, even if that truth incriminates the President who fired him.

So the pardon of presidential associates is a double-edged sword.  On the one hand, he will ensure they are not prosecuted if they committed crimes in furtherance of the President’s interest.  On the other, once pardoned, the interest of the pardoned associates likely diverges from the President.  If crimes were committed that implicate the President and his family – and I do not believe we have sufficient evidence to answer that conclusively at this time – prior to being pardoned, a Trump associate is 100% within their rights to simply say nothing.  But not afterwards.

One caveat worth noting is that because the President’s pardon power is limited to federal crimes, the Fifth Amendment may offer protection if the pardoned individual is still under jeopardy for state crimes. However, I do not see this as a substantial issue at this point because in the main, the possible criminal liability of which we are presently aware in the Russia probe seem distinctly federal in nature, e.g., the Computer Fraud and Abuse Act, failure to complete federal disclosure forms truthfully, false statements to the FBI, or obstruction of justice in a federal case, for example.

It is true that we cannot be certain where the investigation will go and it could probe violations of state law.  This seems most likely with financial crimes. Money laundering, for example, is illegal both under federal law and New York state law (the most likely state jurisdiction relevant here). And in such fairly circumscribed cases, the pardoned individual would still enjoy Fifth Amendment protection in discussing facts of relevance to those cases.

But I don’t think this wrinkle should distract from the main point:  The President’s exercise of his pardon power is not a panacea.  There are political costs to be sure. Many will ask, why do you need a pardon if no crime was committed similar to how President Trump discussed a grant of immunity:  “If you’re not guilty of a crime, what do you need immunity for?”  It will thereafter be a political cudgel and add to the narrative of a President hell-bent on covering up crimes he committed or that others committed on his behalf.  He fires Comey because of the Russia probe as President Trump himself made clear in the Lester Holt interview.  He has confirmed his upset with Sessions because his recusal self-neutered the Attorney General’s ability to defend the President.  He attacks Mueller in an attempt to discredit any future findings of wrongdoing. And if he pardons, the story will surely and understandably be that it is another attempt to evade accountability.

These political restraints, as in so many other areas, will not be sufficient to deter this President. However, the realization that anyone he pardons, unless also under jeopardy of state law prosecution, has lost the right against self-incrimination and can be compelled to testify truthfully under pain of contempt and perjury, may well explain this President’s failure to pardon anyone thus far and may prove a continuing reason not to pardon associates in the future.

In this way, if the President exercises his pardon power down the road, it may signal a certain desperation. It may mean that the investigation is getting close.  It will mean he has calculated that whatever the pardoned individual is compelled to testify under oath is less damaging to him and his interests than if the individual was not pardoned but squeezed by prosecutors.  It will mean that the political weight of “nothing to see here” has been overcome by the legal weight of personal and family legal jeopardy.