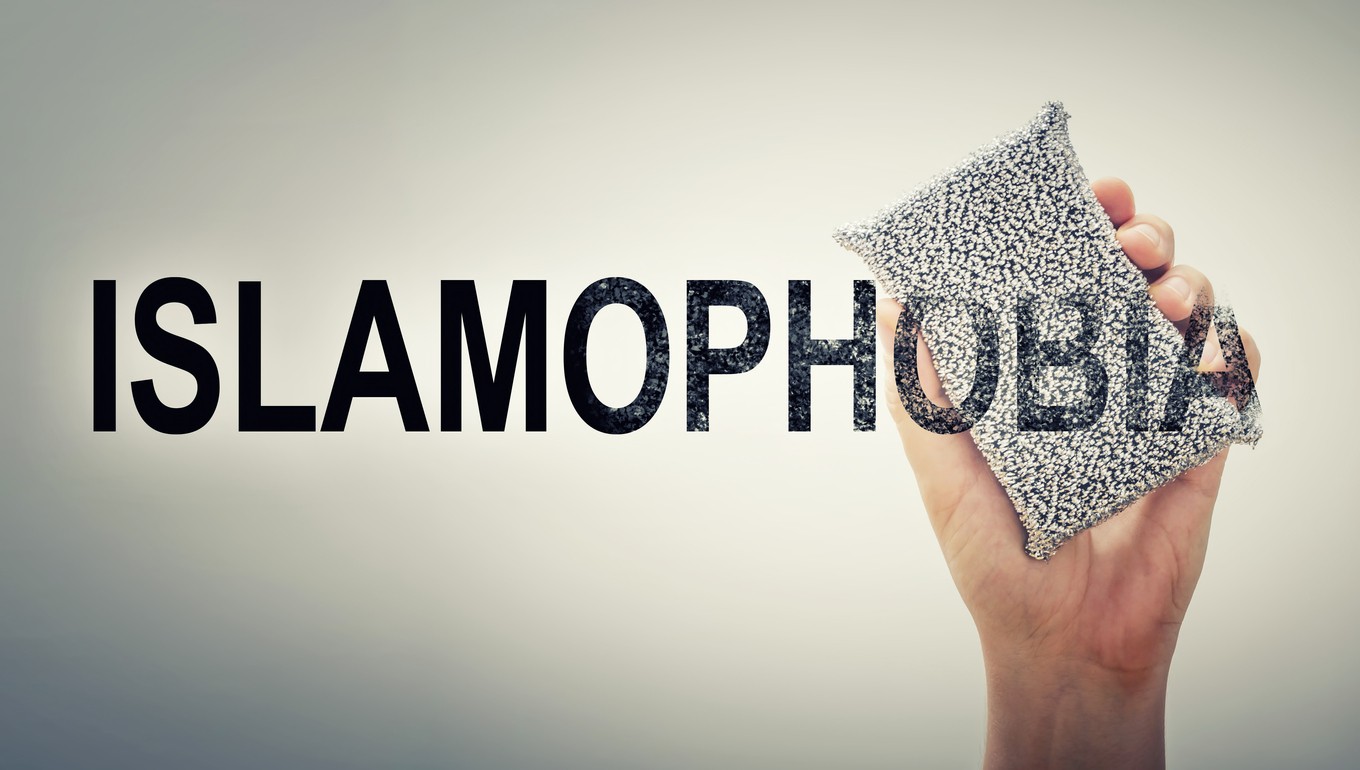 This blog is part of ACS’s Blog Symposium exploring the Legal Legacy of 9/11. Please click here to see other contributions to this symposium.

Twenty years ago, America experienced the worst terrorist attack in its history, triggering a “War on Terror” against Muslim communities. Today, our nation is undergoing a moment of racial reckoning. Tens of millions of Americans, especially our youth, are recognizing that systemic racism is pervasive. Their attempts to upend such systems offers an important insight: words matter.

How we describe a particular act can skew public opinion in support of government programs designed to subordinate specific minority communities.

Take the word terrorist, for example. For the 97 percent of Americans who are not Muslim or Arab, the word is a seemingly accurate description of a Muslim who engages in political violence  — not a racial slur. In the past twenty years, terrorist has been written countless times in news articles, indictments, government press releases, and court cases on terrorism. Politicians repeat them frequently in campaign speeches, States of the Union, media interviews, legislative hearings, and any discussion on national security.

The word, however, is not uttered in a power vacuum. Terrorist almost always accompanies pictures of Muslim men who ‘look’ Middle Eastern and North African. Terrorist is often stated when Mohamed, Ahmed, Omar, Osama, Khaled, Hussain, and other common Muslim male names are in the same sentence.

According to Media Tenor International, in 2011 nearly twenty-five percent of stories about Muslims in Western media used the image of a militant while only 0.1% of media stories about Islam presented images of ordinary Muslims. Subsequent reports by the Institute for Social Policy and Understanding found these trends worsened with each passing year.

In schools and textbooks, terrorism is erroneously discussed as an exclusively “Islamic problem” that occurs only in Muslim-majority countries. Indeed, this pathology is so embedded in the FBI that it failed to prevent an unprecedented domestic right-wing siege on the U.S. Capitol aimed at forcibly reversing the valid election of Joe Biden as president.

Terrorism is often associated with another loaded phrase “Sharia law” – which encompasses multiple schools of jurisprudence – to defame Islam as sanctioning violence.  Students, as a result, have been called terrorists by teachers and students.

The word terrorist is so effective in conjuring up an image of a dangerous, Muslim, Arab-looking bearded man, that in civil rights parlance, it’s become a form of racial profiling. Muslims are presumed to be terrorists by their neighbors, co-workers, and law enforcement.

This result is no accident. As I explain in The Racial Muslim, after September 11th, the U.S. government intentionally orchestrated an aggressive propaganda campaign to persuade Americans that occupying Afghanistan and invading Iraq was necessary.  But for men to be willing to die for their country, there must be an enemy seeking to kill them first. In the so-called “War on Terror,” that enemy was the Muslim terrorist.

For twenty years, the government has effectively kept up this act.

From the two-decade war in Afghanistan to the continued bombing of Yemen, it makes no difference who the target really is. They are all homogenized as an existential national security threat. That political move to associate Muslims (and Islam) with terrorism granted the U.S. government license not only to invade foreign lands, but to also persecute Muslims in the United States under the cover of law.

As a result, millions of people in the United States have lived in fear, anxiety, and anger as their religious identity is criminalized and their sense of belonging is shattered.  Each time they hear the word ‘terrorist,’ they can’t help but cringe. It is one more cut of the thousands contributing to their sense of political marginalization and vulnerability.

While it may be easy for non-Muslim and non-Arab Americans to dismiss such feelings as unreasonable or exaggerated, they speak from a position of privilege.  The privilege of not having your financial transactions, religious practices, social associations, and travel scrutinized through a political lens that presumes you are a terrorist — unless you can individually prove otherwise.  The privilege of not having your hijab torn off your head, being physically attacked by strangers, taunted as a terrorist by teachers and students, and feeling unsafe in your house of worship.

Alas, the adage taught to school children that “sticks and stones can break my bones, but words will never hurt me,” is not a truism. When a racial epithet is gratuitously stated, minorities are not merely experiencing hurt feelings.  They are reminded of their relative powerlessness to prevent the racism, sexism, Islamophobia, or anti-Semitism inflicted upon their communities on a regular basis.

Public debates around what is acceptable – and what isn’t – often center on the literal meaning of a word. Inevitably, we then enter yet another round of debate about free speech and academic freedom.

But this debate misses an important factor: power.

Debating whether racial epithets should be taboo is certainly worthwhile in a rapidly diversifying society but focusing exclusively on free speech or academic freedom misses the mark. Instead, we should be discussing the societal power disparities that produce loaded words that wound.

A new generation of Americans is demanding systemic changes to power structures that privilege Whites and Christians in various fora.  Such power lies as much in the language we choose as it does in law and policy.

Sahar Aziz is a professor and Chancellor’s Social Justice Scholar at Rutgers University Law School. She is the author of The Racial Muslim: When Racism Quashes Religious Freedom.

The Triumph of the Securocracy