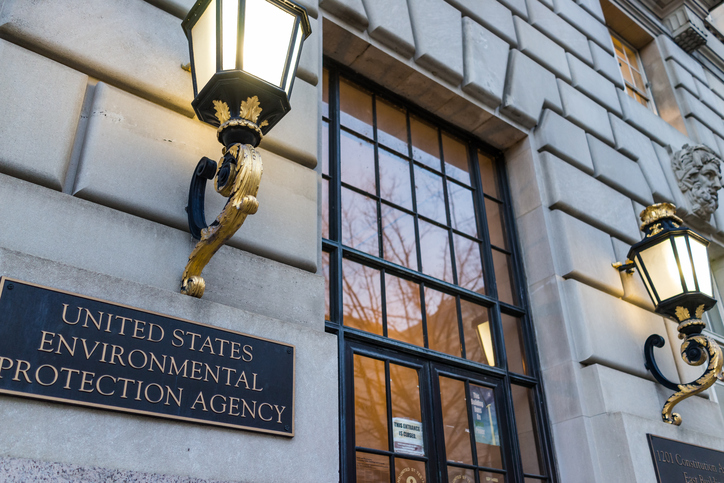 This blog is part of the blog symposium published in conjunction with a new ACS issue brief: Reforming “Regulatory Reform”: A Progressive Framework for Agency Rulemaking in the Public Interest. View the other blogs in the symposium by Lisa Heinzerling, Adam Zimmerman, Dan Farber, and Peter Shane.

If they get a fifth vote, conservative justices will march to the front lines in the intensifying war on regulation.  What will their strategy be? Two tactics are likely, one long-standing and one relatively new.  Both have the advantage of avoiding the outright repudiation of Chevron v. NRDC, 467 U.S. 837 (1984), although, as a practical matter, the outcome will be the same.

The first is to pull most cases into Step One of Chevron, granting unto judges the exclusive authority to say what regulatory statutes mean when they use faux plain meaning words like (in)appropriate, (un)acceptable, and (in or un)feasible.  As construed in multiple lower course opinions applying Chevron, such terms signify congressional intent that agencies gap-fill, making science-based choice that Congress did not resolve.

The second is the so-called “major rules doctrine,” which would allow conservatives to substitute their policy preferences in cases they decide are too important to be left to the civil service and the president.  In theory, application of this new approach begins by sorting regulations into two categories—routine rules, which would be submitted to a Chevron analysis, and major rules that will have great consequence for the economy.  A rule identified as inexpensive under traditional cost-benefit analysis should not qualify, although the doctrine is so elastic that it would give creative judges carte blanche to embellish how a rule would have adverse effects on society other than industry implementation costs.

Of course, conservatives are right that congressional gridlock has meant that many regulatory statutes are overdue for updating.  In the best of all possible worlds, the dire threat posed to the American republic by a dysfunctional legislature would be resolved by reforms that returned Congress to a normal work-week, curbed campaign funding by monied interests, and motivated bi-partisan deal-making.

Yet congressional difficulties should not obscure the opportunism of those who advocate the major rules doctrine.  By requiring detailed and specific congressional directives before agencies are authorized to write rules regarding emerging problems, conservative judges substitute their own policy preferences for those of the legislative and executive branches.  Those preferences are expressed in the negative—the agency cannot do X because we think its action will harm the economy.  But nothing less than an affirmative appropriation of power is at stake.  Broad adoption of the doctrine would ensure that regulatory agencies are seized by an extension of the gridlock that immobilizes Congress.

My Federalist Society counterparts would surely respond that stretching old statutes out of shape to a ridiculous degree to implement a liberal agenda amounts to an even more offensive power play.  But ridiculous degree is in the eyes of the beholder.  Take Massachusetts v. EPA, 549 U.S. 497 (2007), for example, a 5-4 decision that conservatives love to hate.  At the time of the lawsuit was brought, the agency was refusing to act on climate change, by far the most important item every put on its agenda.  The majority did not hold the statute at arm’s length and squint at it to divine congressional intent that the EPA mobilize to constrain industry behavior.  Rather, working within the Clean Air Act’s elaborate framework, the majority concluded that the agency must first decide whether anthropogenic contributions to climate change threatened human health and the environment. Only if it answered the question in the affirmative should the EPA act.   This “endangerment finding” took years to write and is so solidly supported by the available science that even the Trump Administration shrank from contradicting it.

Justice Antonin Scalia often scolded his colleagues for going beyond statutory language to reach their preferred conclusion.  In Zuni Public School District No. 89 v. Department of Education, 500 U.S. 105 (2007), he condemned a majority opinion that he thought ignored the statute’s plain meaning--and the language was specific--in favor of a long-standing misinterpretation adopted by the Department of Education.  The majority, he declaimed, had embraced the misguided notion that the statute’s “spirit” could trump its “letter,” which was “a judge-empowering proposition if there ever was one.” 500 U.S. at 109.  Disposing of Chevron by seizing power for the judiciary to neutralize statutes on policy grounds is far more dangerous than deferring to the civil service, as supervised by the president, in well-defined circumstances.

Rena Steinzor is the Edward M. Robertson Professor at the University of Maryland Carey Law School.