The “Ginsburg Rule” Should Not Save Brett Kavanaugh 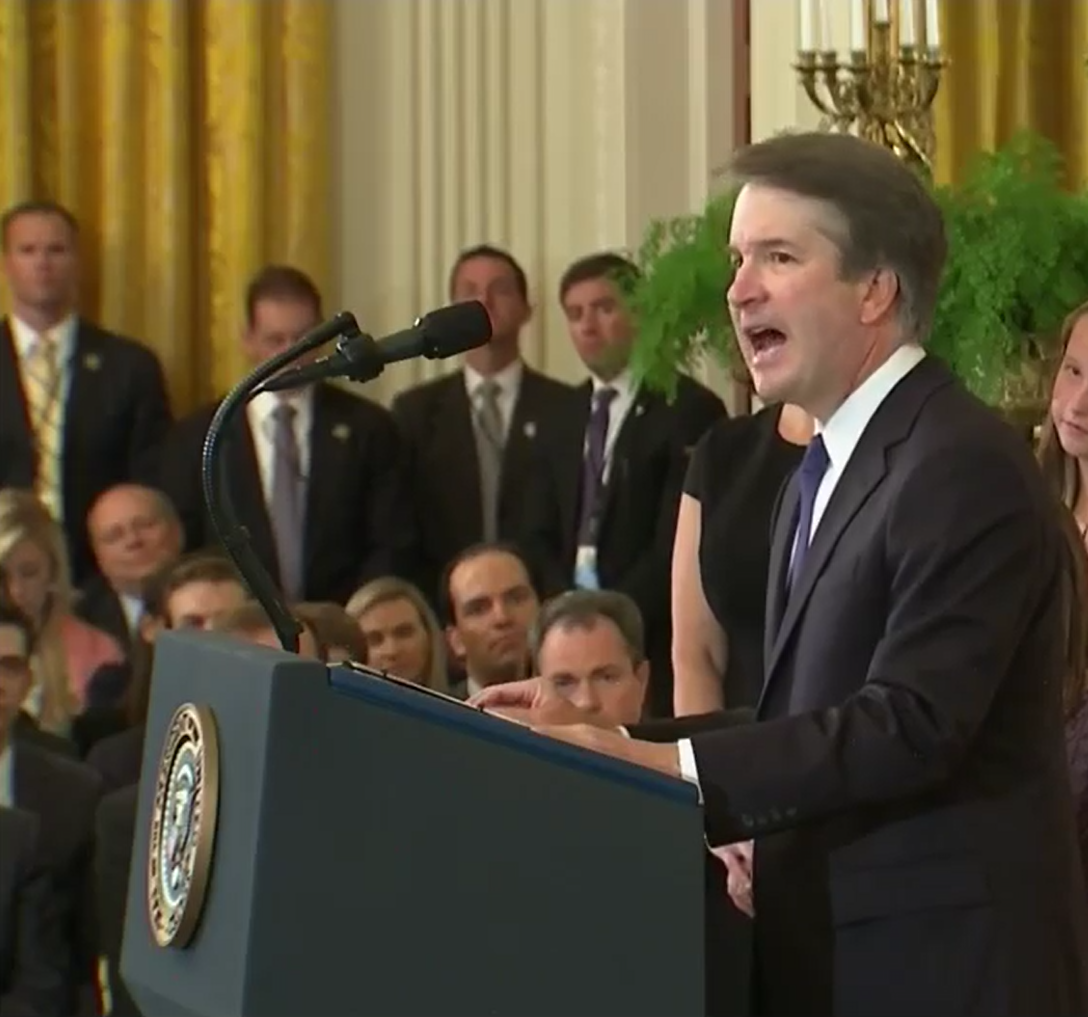 Some senators are already pre-excusing President Trump’s Supreme Court nominee, Judge Brett Kavanaugh, from answering their colleagues’ questions about his judicial philosophy. “Senators should not try to extract assurances from nominees on how they will decide particular cases in exchange for a confirmation vote," Senate Judiciary Chairman Charles Grassley said. “I expect any nominee to likewise follow the Ginsburg Standard”—a reference to the standard supposedly set by Justice Ruth Bader Ginsburg at her Senate confirmation hearing in 1993.

But contrary to senators who want to run interference for Judge Kavanaugh, the real standard set by Ginsburg requires Kavanaugh to provide full, meaningful answers about his views on the scope of the Constitution’s protections. That’s especially important when it comes to women’s reproductive rights. Because President Trump has repeatedly vowed to appoint Supreme Court justices who will overturn Roe v. Wade, the Senate cannot settle for filibustering non-answers from Kavanaugh on whether the Constitution protects a woman’s right to control her own body. A non-answer can only be understood as a hostile answer.

The so-called “Ginsburg Rule” refers to then-Judge Ginsburg’s statement at her Senate confirmation hearing that she would provide “no hints, no forecasts, no previews” of how she might vote in a future Supreme Court case. She declined to offer prejudgments on issues she’d be likely to decide on the Court, such as “[w]hat regulations will be permitted” under the constitutional standard for state abortion restrictions that the Supreme Court had recently announced in Planned Parenthood v. Casey.

But Ginsburg did not categorically refuse to provide the Senate with insight about her judicial commitments. In fact, she affirmatively told the Senate that the Constitution protects a woman’s “right to decide whether or not to bear a child,” which she said was “central to a woman’s life [and] to her dignity.” There is no rule or ethical guideline preventing Judge Kavanaugh from doing the same.

Under her own rule, Ginsburg was also willing to answer “any question about the hundreds of opinions I had written on the D.C. Circuit, about every law review article I had written, and about any speech I had given.” Under that standard, there’s plenty for Judge Kavanaugh to address. His D.C. Circuit opinion siding with the government in obstructing a seventeen-year-old immigrant’s access to abortion; his law review article criticizing the Supreme Court’s decisions upholding the Affordable Care Act; his speech praising a dissenting opinion in Roe—all of these are in play under the Ginsburg Rule.

Full disclosure and transparency from Judge Kavanaugh are not some procedural nicety, but rather a constitutional mandate. Withholding information about a nominee’s views and background hinders the Senate’s own constitutional duties. Under Article II, Section 2 of the Constitution, a Supreme Court nominee may only be confirmed “by and with the Advice and Consent of the Senate[.]” To provide meaningful advice and consent, the Senate must have full access to all information necessary to assess the nominee’s background and judicial philosophy – including substantive answers from the nominee on his understanding of the law.

As legal scholars Reva Siegel and Robert Post put it, a nominee who refuses to provide the Senate with substantive answers “effectively nullif[ies] the capacity of the Senate to acquire useful information about a nominee’s constitutional commitments.” The Senate therefore must demand direct and substantive answers from a nominee to carry out its advice and consent obligations under the Constitution. And full answers from Judge Kavanaugh are particularly crucial because the Senate is already starting at an information disadvantage after Senator Grassley refused a bipartisan request for full access to Judge Kavanaugh’s records as President George W. Bush’s staff secretary.

Recent Supreme Court history shows what non-answers tend to be hiding. At their confirmation hearings, then-Judges John Roberts and Samuel Alito each evaded answering questions about Roe. They were confirmed by the Senate anyway—and each Justice has since demonstrated hostility from the bench against reproductive rights, including voting to uphold a federal abortion method ban and to uphold Texas’s clinic shutdown laws. That’s what the Senate can expect from Judge Kavanaugh if he follows in Justices Roberts’ and Alito’s unforthcoming footsteps.

The stakes are even higher this time. President Trump himself has made Roe fair game in Judge Kavanaugh’s confirmation hearing, introducing his nominee’s views on reproductive rights into the confirmation process by promising to nominate justices who would do away with these rights “automatically.”

We can only presume that Judge Kavanaugh satisfies Trump’s anti-Roe litmus test. This presumption should hold unless and until Kavanaugh affirmatively tells the Senate that the Constitution’s liberty guarantee protects a woman’s right to make her own choices about childbearing. If Judge Kavanaugh prefers to pivot, evade, or lean on the so-called Ginsburg Rule instead, it should be abundantly clear exactly what he’s (not) saying.