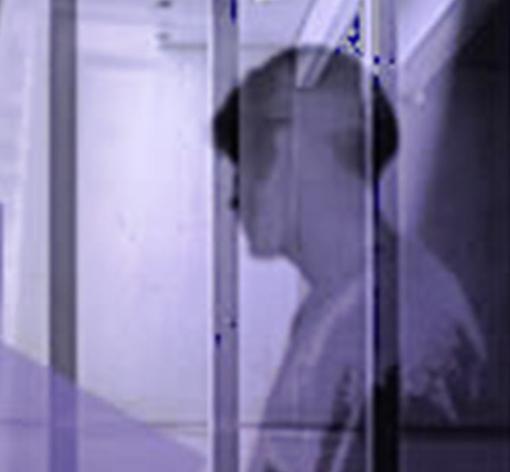 Over the course of just seven years beginning in the mid-2000s, the United States Supreme Court issued three landmark decisions updating its juvenile criminal justice jurisprudence. These decisions declared the harshest sentencing schemes unconstitutional for offenders under eighteen, including the death penalty, life without parole for non-homicide offenses, and mandatory life without parole for homicides. Now, more than a decade later, the Supreme Court has reversed course, signaling a potential end to juvenile justice progress at the high court.

The Myth of the Super Predator

In 1995, political scientist, John DiLulio, published an article called The Coming of the Super Predators, alleging that his research predicted an onslaught of heartless juvenile crime. The super predator theory had an incredibly harsh racial overtone, disproportionately targeting males of color. DiLulio described an image of “a young juvenile criminal who is so impulsive, and so remorseless that he can kill, rape, [and] maim, without a second thought.” However, this supposed drastic increase in juvenile crime never came.

DiLulio may have admitted that his predictions were “as far off as he could possibly get,” but the criminal justice system responded to his warnings with a waive of cruel and unusual punishment. States enacted legislation that exposed juveniles to the harshest punishments.  Judges and juries chimed in by imposing these sanctions, the death penalty and life without parole, in inordinate numbers. Despite the decrease in juvenile crime throughout the 1990s, the criminal justice system was overborne by the super predator narrative.

The Juvenile Justice “Switch in Time”

At the same time that the basis of the super predator myth was unraveling, the scientific community was coming to a consensus that the structure and function of the adolescent brain made this population inherently less culpable than adults. This gave the Supreme Court two important reasons to depart from traditional Eighth Amendment analysis, where “national consensus” is the touchstone for updating society’s “standards of decency.” In three watershed juvenile justice cases, Roper v. Simmons, Graham v. Florida, and Miller v. Alabama, the Court based its “standards of decency” analysis on brain research and international juvenile justice trends. In a recent and abrupt about face, the Court ended this hopeful trend in Jones v. Mississippi, reverting to an Eighth Amendment analysis rooted in “national consensus.”

The first landmark decision, Roper v. Simmons, abolished the death penalty for all juveniles in 2005. Just sixteen years earlier, the Court had upheld the constitutionality of the death penalty for juveniles ages sixteen and seventeen, making Roper a rare decision for a Court committed to stare decisis. In his dissent, Justice Scalia argued that the “national consensus” did minimal, if any work, in the majority’s Eighth Amendment analysis. Explaining this point, Justice Scalia wrote that “since our decision sixteen years ago in Stanford, only four states that previously permitted the execution of under-18 offenders, plus the Federal Government, have legislatively reversed course.” How can this legislative change constitute a “genuine national consensus?”

What does the majority really base its Eighth Amendment “evolving standards of decency” analysis on? First, the majority considered neurological research, concluding that that “[t]he differences between juvenile and adult offenders are too marked and well understood to risk allowing a youthful person to receive the death penalty despite insufficient culpability.” Second, the Court compared the punitive nature of the United States criminal justice system’s treatment of juveniles with the rest of the world. The Court cited Article 37 of the United Nations Convention on the Rights of the Child, which “contains an express prohibition on capital punishment for crimes committed by juveniles under 18.” Additionally, the Court painfully acknowledged that only “seven countries other than the United States have executed juvenile offenders since 1990: Iran, Pakistan, Saudi Arabia, Yemen, Nigeria, the Democratic Republic of the Congo, and China.” Further, the Court commented that “since then each of these countries have either abolished capital punishment for juveniles or made public disavowal of the practice,” leaving the United States as the last nation to sentence this vulnerable population to death. Legislative action in four states was certainly not enough to “trigger a constitutional prohibition,” but sound neurological research and embarrassment in the world sphere were.

The Supreme Court continued employing neuroscience and international consensus in Graham v. Florida, holding that “life without parole violates the Eighth Amendment when imposed on juvenile nonhomicide offenders.” Again, the dissent commented that a “national consensus in favor of the Court’s result simply did not exist” because “the laws of all 50 states, the Federal Government, and the District of Columbia were well aware that their laws allow for juveniles to be tried in adult court if charged with certain crimes.” Legislatures purposefully left juvenile crime subject to the harshest punishment.  To overcome this lack of national consensus, the Court relied on the “overwhelming weight of international opinion,” against imposing life without parole on juvenile offenders. The Court also cited “developments in psychology and brain science,” which, “continue to show fundamental difference between juvenile and adult minds.”

Finally, in Miller v. Alabama, the Court ruled that a “juvenile convicted of a homicide offense could not be sentenced to life in prison without parole absent consideration of the juvenile’s special circumstances.” The revolutionary aspect of this case was how much the majority focused on Evan Miller’s narrative. The Court acknowledged that Miller was being sentenced to die in prison for a crime he committed at fourteen years old, by which age he had already “been in and out of foster care because his mother suffered from alcoholism and drug addiction and his stepfather abused him. Miller, too, regularly used drugs and alcohol; and he had attempted suicide four times, the first when he was six years old.” Instead of focusing on the danger of juvenile crime, the Court recognized the tragic environment that Evan Miller and many other vulnerable juveniles face. Four years later, in Montgomery v. Louisiana, the Court applied Miller retroactively to juveniles who had been sentences to life without parole prior to that decision.

The Demise of Juvenile Justice under the Current Supreme Court

Unsurprisingly, the losses of Justices Kennedy and Ginsburg and the additions of Justices Kavanaugh and Coney Barret put an end to the adolescent psychology-based Eighth Amendment analysis. On April 22, 2021, in Jones v. Mississippi, the Court rejected petitioner’s argument that “an on-the-record sentencing explanation with an implicit finding of permanent incorrigibility,” was necessary to sentence juveniles to life without parole under Miller and Montgomery. The majority and the dissent disagreed on what steps the Court needed to take to “distinguish ‘between the juvenile offender whose crime reflects unfortunate and transient immaturity, and the rare juvenile offender whose crime reflects irreparable corruption.’” Only the latter category is constitutionally eligible for life without parole.

The majority concluded that this rule only required “[a] hearing where youth and its attendant characteristics are considered as sentencing factors.” The majority paid lip service to the science-based Eighth Amendment analysis in Roper, Graham, and Miller, stating that it is “difficult…to differentiate between the juvenile offender whose crime reflects unfortunate yet transient immaturity, and the rare juvenile offender whose crime reflects irreparable corruption.” Instead, it reverted back to an Eighth Amendment analysis based on a “national consensus” of “legislative enactments and state practice,” concluding that “Miller did not identify a single State that, as of that time, made permanent incorrigibility an eligibility criterion for [juvenile] life-without-parole sentences.” The majority also rested its reasoning in “Montgomery’s modest statement that ‘Miller did not impose a formal factfinding requirement,’” to conclude that “‘a finding of fact regarding a child’s incorrigibility . . . is not required.’”

Justice Sotomayor’s dissent attacked the majority’s reasoning for tragically “gut[ting]” Miller and Montgomery. As a threshold matter, she asserted that although “Miller did not impose a formal factfinding requirement,” it “does not leave States free to sentence a child whose crime reflects transient immaturity to life without parole.” The majority’s sole requirement that the judge conduct “[a] hearing where ‘youth and its attendant characteristics’ are considered as sentencing factors” is not enough. Miller also deemed life without parole sentences unconstitutional for “children whose crimes reflect transient immaturity.” This requires a separate analysis. The proportionality analysis, balancing the life without parole sentence with the distinctive attributes of youth, considers the “nature of the crime.” As Justice Sotomayor explained in oral argument, to determine if a juvenile’s crime “reflect[s] transient immaturity,” the sentence must “look[ ] at the nature of the offender.” Therefore, the majority eviscerated the revolutionary nature of Miller, which considers the specific youth. However, Justice Sotomayor does not lose hope and brilliantly directs sentencers to “hold this court to its word,” acknowledging that “many States have already implemented robust procedures to give effect to Miller and Montgomery.”

It is clear that the current Supreme Court put the breaks on an Eighth Amendment analysis that appreciates the neurological differences between the adult and juvenile brain. Juvenile advocates may have to wait years until there are justices on the court who fully appreciate the humanity that Roper, Graham, and Miller were trying to breathe into the most punitive justice system in the world.