The Dark Side of Mazars—Should a New York Prosecutor Have More Power to Check the President than the House of Representatives? 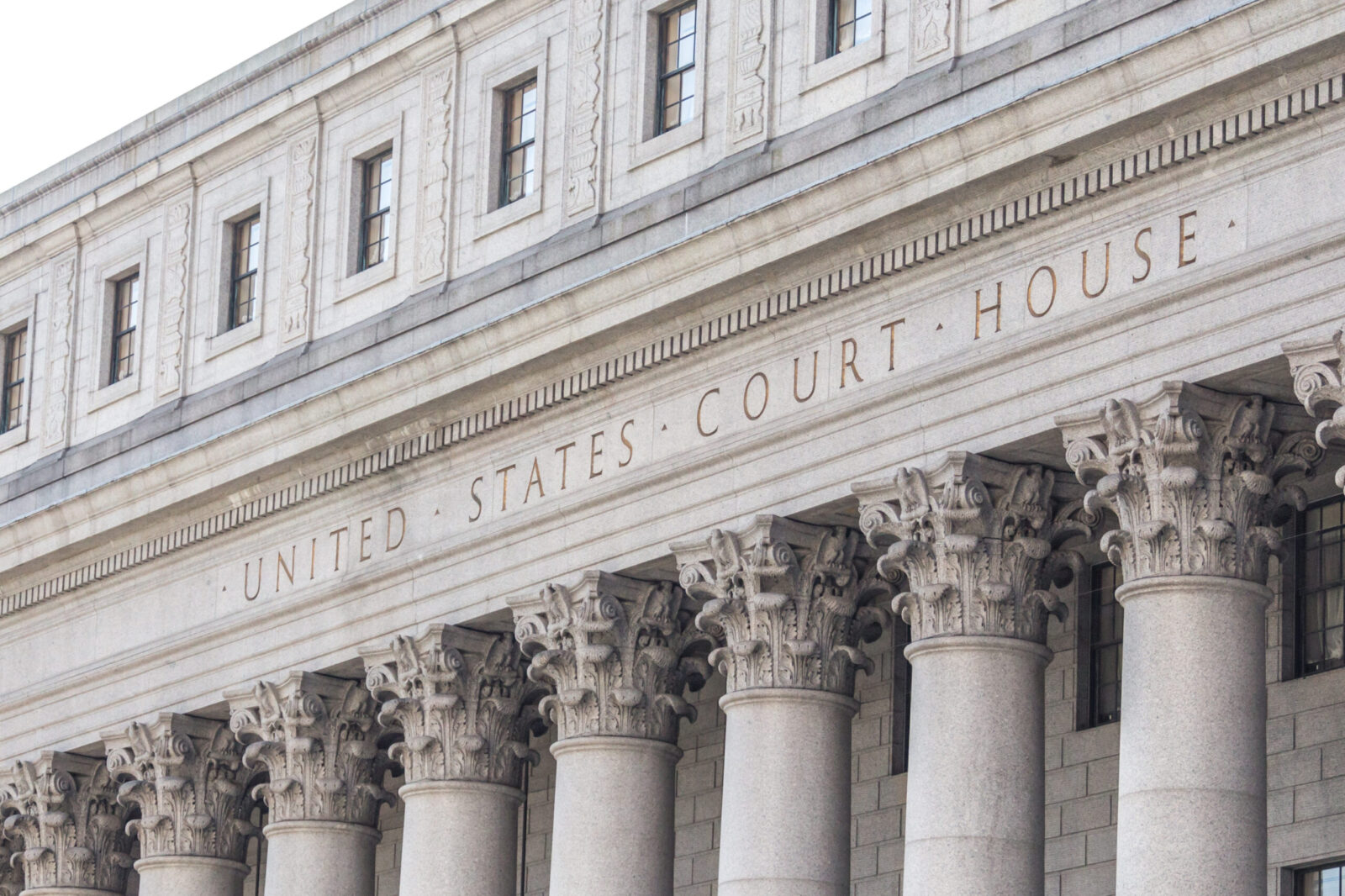 For the first time in almost 100 years, the Supreme Court has placed limits, of its own design, on Congress’s power to check the President. In general, pundits have failed to emphasize this rather dramatic legal development, celebrating instead that the Supreme Court rejected the President’s “I’m-absolutely-immune” arguments in both Trump v. Vance (emerging from criminal proceedings in New York) and Trump v. Mazars (emerging from congressional subpoenas related to money laundering and foreign influence on elections). Rejecting the Trump lawyers’ extreme unitary executive arguments is good news for the rule of law. But Mazars has a darker side: the Court’s latent hostility to Congress is on full display when one compares the ruling in Mazars to that in Vance. Taken together, the cases raise powerful questions about the separation of powers that only the future will decide. Put bluntly, why should the citizens of New York (or any other state for that matter) have an easier time checking the President than the citizens of the entire nation (as reflected in the House of Representatives)?

The Mazars opinion states that “all citizens” have a duty to comply with congressional subpoenas. But that is not the Mazars holding. One citizen has a different duty—the President. When Congress seeks personal documents from you or me, or more likely, corporations like Enron or Facebook, the Court has granted Congress great leeway. A capacious standard has, until now, applied to Congress’s efforts to expose criminal activity within the executive branch. As the Supreme Court wrote in 1927, in McGrain v. Daugherty, when Congress was investigating the Attorney General (AG) for failing to prosecute fraud within the administration: “we are of opinion that the power of inquiry — with process to enforce it — is an essential and appropriate auxiliary to the legislative function.” The Court presumed Congress had a proper purpose, even though lawyers argued that Congress was trying to “prosecute” the AG, an argument the Court rejected. (In truth, the Congress can never prosecute because it cannot punish an individual citizen with jailtime).

Enter Mazars, which places a far heavier burden on Congress when investigating the President. Do not forget that the subpoenas in these cases were directed to private entities—third party banks and accounting firms. The President sued to stop those third parties from complying—in his personal capacity. But that did not seem to matter: now there is one standard for every citizen and corporation in America—and a different standard for the citizen who is President. Under Mazars, a president’s personal records can only be subpoenaed if the request is (1) such that no “other sources could reasonably provide Congress the information it needs in light of its particular legislative objective”; (2) “no broader than reasonably necessary to support Congress’s legislative objective;” (3) based on “detailed and substantial” evidence of a legislative purpose; and (4) “carefully scrutinized” to avoid burdening the President’s attention to his official duties. If that were not enough, these standards may well be impossible to meet in cases where Congress is attempting to regulate the Presidency. (The White House is in fact highly regulated, but Trump’s lawyers and some members of the Court have invited the lawyers on remand to make an argument that the President cannot be regulated.)

The Mazars rules appear nowhere in the text of the constitution nor in any prior case. As Justice Thomas wrote, in dissent, the court provides “a nonexhaustive four-factor test of uncertain origin.” These rules apply to only one citizen: the President. More than a decade ago, the Court reaffirmed the principle that Presidents and citizens should abide by the same rules when it comes to their private behavior. President Clinton once argued that he could not be sued over a personal matter that occurred before his Presidency—claims of sexual harassment prior to his taking office. The Supreme Court replied that the President was not above the law. Two things have happened since Clinton v. Jones was decided:  the court’s members have changed to include those who believe in a strong theory of the presidency and its corollary—contempt for Congress. Second, in Clinton, it was the courts, not the Congress, who was doing the investigation.

That brings me to the real winner in these cases, at least in terms of constitutional power—the judiciary.  In Vance, where financial records were sought for a grand jury investigation, the court was quite deferential, rejecting all the President’s arguments including the argument that the subpoena had to have a “higher” showing because its target was the President. In Mazars, Congress was not given that same deference: precisely because the President was involved, a “higher” standard was imposed, one to be administrated by the courts. When given a choice of investigators—courts or Congress—courts chose themselves. One rule applies to judicial investigations of Donald Trump, another to congressional investigations.

Lawyers are likely to embrace that result because politics is messy and given to partiality in ways that judicial proceedings avoid. Congress should be treated differently, they might say. But the Supreme Court rejected that approach in 1927 in McGrain v. Daugherty, presuming Congress’s legitimate motives despite a “spirit of hostility” toward the Attorney General. More importantly, when it comes to every other citizen in the United States, and every other official, McGrain remains good law, recognizing Congress’s broad power of “inquiry.” Why should Congress be able to be more intrusive with respect to my private records than with the records of the President? Should not Congress have more power to investigate the President, who is elected to serve the people, than the average citizen?

The Separation of Powers: Did the People Lose?

No one should be confused that, in the battle between Congress and the President in Mazars, the Supreme Court chose the President. At the very least, they delayed the case in a way that makes it unlikely that Congress will see the Trump tax records in the short term and without extensive briefing on a new and vague standard. Nor should anyone be confused that the Vance Court applied a different standard. For students of the separation of powers, putting the cases together raises questions. Why it is that a single district attorney in New York has more power to check the President than the entire House of Representatives? Does not this prefer the voters of New York to the voters of the entire country? Perhaps there are advantages to this system but, if one believes, as I have written, that the separation of powers exists to protect voter choices, a choice to prefer fewer rather than more voters raises questions. (And if you don’t believe me, see Stephenson & Nzelibe).

Conventionally, lawyers like to think of constitutional power as an activity to which they attach adjectives. There is something called “executive power” and the President has it. There is something called “legislative power” and the Congress has it. There is something called “judicial power” and the courts have it. The only problem with this adjectival theory is that it is incomplete in most cases and wrong in others. It is wrong as a matter of fact: in the administrative state, for example, the executive department adjudicates and legislates daily. It is also wrong as a matter of the text and history of the constitution. The text tells us that the departments share powers; if they did not, then they could not check each other. Take the President: he has the executive power listed in Article II, but also the veto power in Article I (the “legislative power” article) meaning that he has “legislative” powers. Congress, has “all legislative powers,” granted in Article I but Article I’s “necessary and proper clause,” U.S. Const. Art. 1, sec. 8, cl. 13, grants Congress the power to legislate to “execut[]” all enumerated powers as well as “all other powers vested by this Constitution in the Government of the United States, or any Department or Officer thereof.” (See Mikhail). Without the Departments—Treasury, State, Justice—created by Congress, the President would be sitting in the White House, alone.

Constitutional power is not only a type of activity, but the essence of democracy: popular voice and accountability. Long ago, I wrote that if adjectives do not work well to separate power under the constitutional text, the electoral provisions do a better job of actually working to separate the branches because they give elected officials electoral incentives to push back. In relatively small groups, the people elect the entire House of Representatives every two years, and a differently aggregated set of people – aggregated by state – elect some members of the Senate every two years. Every four years, a different aggregation of people, the nation, elects the President. Elected officials have incentives to prefer the group of people they represent (relative to other groups), and to align themselves with their own institution. Those incentives produce institutional conflict. No one teaches these basic clauses in constitutional law courses, see U.S. Const. Art. I, secs. 2-3, Art. II, sec. 1, but without them, we have no democracy and we have no checks and balances.

If this is right, the constitution gives power to the House (and those who elect the House) to check the President. That is precisely what happened when the House subpoenaed President Trump’s personal financial records. It follows that to limit the power of the House to check the President is to increase the President’s power. More worrisome, for the future, however, is not Mazars alone (most presidential candidates fully disclose their financial records) but Mazars and Vance put together. It is now just as easy, if not easier, for state prosecutors in a single state to investigate a president for potential criminal activity (don’t forget that the criminal law is vast, any false statement will do), than the entire House of Representatives. Perhaps this will help Presidents find a less politicized forum in which to settle unfounded allegations (remember the Obama birther claim); or perhaps it will embroil the state courts—and future Presidents—in highly partisan investigations politicizing the rule of law far more than anyone expected.