The Constitutional Attack Against Chevron Deference 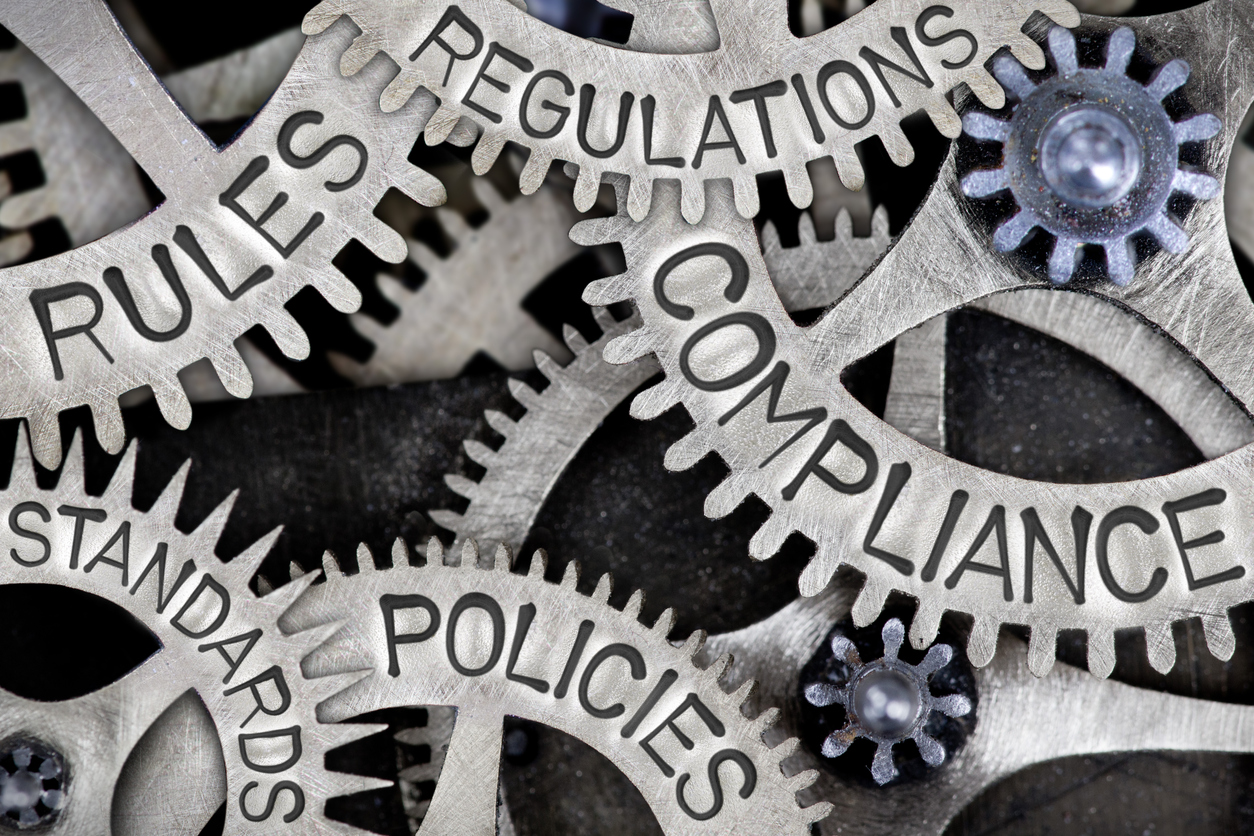 This blog was originally posted on Law360.

The Sixth Circuit has just held (in Gun Owners of America v. Garland) that “an agency’s interpretation of a criminal statute is not entitled to Chevron deference.” Other courts have said so before, but usually in criminal prosecutions under Title 18, the section of the U.S. Code that deals with most criminal matters. Against that backdrop, the Sixth Circuit’s decision is noteworthy—and not just because, as discussed below, there now seems to be a split between the Sixth Circuit and the D.C. and Tenth Circuits. The recent opinion gave an extensive analysis based on constitutional constraints; and it considers an entire agency regulation to be likely invalid on this basis. The consequences could be far-reaching. Whether or not this case is a critical step towards ending Chevron deference in general, exiling the doctrine from “criminal statutes” is already quite significant given how many regulatory regimes involve some sort of criminal sanction.

The case at the Sixth Circuit involved the Bump-Stock Rule. In December 2018, the Bureau of Alcohol, Tobacco, Firearms, and Explosives (“ATF”)—part of the Department of Justice—amended its regulations under the National Firearms Act and under Title 18 of the U.S. Code to clarify that devices with bump stocks are “machine guns.” The clarification is written into regulations, but it represents ATF’s interpretation of an underlying statutory definition of “machinegun.”  The change has several consequences, including imposing a tax on each manufacture, import, or sale of a device, subjecting the manufacture of devices to strict licensing requirements; and prohibiting the transfer or possession of a device other than for use under federal or state authority. Violating these regulations can, in general, incur criminal penalties.

In cases across the country, plaintiffs have been attacking the Bump-Stock Rule on the ground that a bump-stock device does not fall within the statutory definition of a “machine gun.” For years before the Bump-Stock Rule, ATF had not regulated bump stocks as machine guns. Given that history, the government would presumably need to invoke the longstanding Chevron doctrine that an agency’s interpretation of ambiguous statutory language receives deference, so long as it meets certain criteria—that Congress empowered the agency to make rules, for the relevant statute, that carry the force of law; that the agency’s interpretation was an exercise of that authority; and that the interpretation is reasonable.  The Justice Department has actually been disavowing Chevron in these cases, even though the Bump-Stock Rule itself invoked Chevron vigorously and was the product of a notice-and-comment rulemaking process of the sort the Supreme Court said in United States v. Mead is the paradigm for Chevron-worth interpretations. The various plaintiffs, meanwhile, have been arguing that the Bump-Stock Rule should not get deference because violating the National Firearms Act and the Title 18 firearms provisions can be criminal.

The D.C. Circuit rejected one such challenge in Guedes v. ATF, both adhering to Chevron despite the criminal enforcement mechanism and refusing the Justice Department’s attempt to waive Chevron deference. The Tenth Circuit did so as well in Aposhian v. Barr; it then took that case en banc to reconsider these arguments, but on March 5 it vacated the en banc order (over dissents from Chief Judge Tymkovich and Judges Hartz, Holmes, Eid, and Carson) and reinstated the original panel decision. The Sixth Circuit has now rejected Chevron deference for the Bump-Stock Rule, on the basis of a broad conclusion that an interpretation of a criminal statute cannot get deference. The opinion was written by Judge Batchelder and joined by Judge Murphy; Judge White dissented.

Before now, the notion that a court does not defer to interpretations of a criminal statute has come up in criminal prosecutions. In a 2014 case, United States v. Apel, the Supreme Court rejected a criminal defendant’s argument that the crime at issue in his case should be interpreted narrowly because internal government manuals had explained it that way. The Court refused to defer to internal manuals, and it said “we have never held that the Government’s reading of a criminal statute is entitled to any deference.” In a second 2014 decision, Abramski v. United States, the Supreme Court repeated the statement about deference, in deciding that pretending to buy a gun for yourself while actually buying it for another person violates the prohibition on false statements in gun purchases, 18 U.S.C. § 922(a)(6). Several circuit courts, including the 9th Circuit, 2nd Circuit, and 5th Circuit, have followed Apel and Abramski by refusing to defer to ATF when interpretative questions arise in criminal cases under Title 18. These cases have not given much reason, beyond simply following the Supreme Court’s statement. The Supreme Court itself did not say why a court should not defer to agency interpretations of a “criminal statute” or even define what is a “criminal statute.”

One could read Abel and Adamski as saying simply that the substantive provisions of Title 18 are not matters for agency interpretation. That understanding would be an interpretation of Title 18, about what authority Congress generally intended agencies to have under that portion of the U.S. Code. It would also make these cases consistent with a long line of Supreme Court precedent accepting agency regulations that make certain conduct criminal. In United States v. Grimaud, over 100 years ago, the Court rejected a challenge to a statute that made it a crime to violate Forest Service regulations. Grimaud held that Congress had indeed established the crime, and it did not violate the Constitution to allow the agency to write the regulations delineating the proscribed conduct. In Touby v. United States, 30 years ago, the Court rejected a constitutional nondelegation challenge to the Controlled Substances Act.  Under the statute, certain sales of controlled substances are crimes; the Justice Department (through the Drug Enforcement Administration) can add substances to the list of controlled substances. The Court rejected the contention that Congress cannot leave such decisions to an agency. In Gundy v. United States, two years ago, the Court considered the Sex Offenders Registration and Notification Act (“SORNA”), under which the Attorney General determines whether and when SORNA registration requirements apply to pre-enactment offenders. Again, the agency determines by rule whether certain conduct is or is not criminal. The Court undertook constitutional nondelegation analysis but did not suggest the standard should be different because the agency’s delegated decision would determine, in part, the content of a criminal prohibition. Abramski can be consistent with those cases even though Abramski arose under the Gun Control Act, for which ATF has rulemaking authority, because the statutory provision conferring that authority is somewhat limited.[i] It might not extend only to specific topics, such as the storage of firearms seized in firearms prosecutions, and thus not give ATF Chevron-eligible authority over the whole statute. (The Supreme Court has held that the Justice Department’s rulemaking authority under the Controlled Substances Act is limited in just that sort of way.)

The recent Sixth Circuit decision goes much farther. The provision ATF was interpreting is in the National Firearms Act, codified within the Internal Revenue Code (“IRC”), 26 U.S.C. § 5845. Title 18 incorporates that definition by reference, but the National Firearms Act definition also determines the scope of certain taxes and regulatory requirements. That is the sort of matter on which agencies routinely assert and enjoy Chevron deference, and ATF had set itself up to do that by conducting a notice-and-comment rulemaking in which it explicitly discussed why Chevron deference would be appropriate. The Sixth Circuit refused Chevron deference for ATF’s regulation as a whole, because the statute(s) overall—the opinion does not make clear whether this means Title 18, the National Firearms Act, or both—“carry[] criminal culpability and penalties.” And rather than basing its decision on a statutory interpretation that Congress did not intend ATF to have Chevron-eligible authority under one or both of these statutes, the Sixth Circuit said that as a constitutional matter ATF cannot have such authority.

The opinion gives two reasons. First, the court says that for a criminal statute, “the primary question is what conduct should be condemned and punished,” and that judgment must be made by Congress, not by an agency. Second, the Sixth Circuit says that the separation of powers built into the Constitution precludes a role for the executive branch in determining the meaning of a criminal statute. (The court also discussed whether deferring to agency interpretations would violate the due-process requirement of fair notice, but it seems not to have adopted that rationale yet.)

This analysis might well apply to any statute under which an agency either establishes a conduct requirement by regulation, or interprets a statutory conduct requirement, and a violation of that requirement can be a crime. There are very many statutes that are administered by agencies and for which violations can be criminal.  Examples include the Securities Act, the Securities Exchange Act, the Fair Labor Standards Act, the Toxic Substances Control Act, the Solid Waste Disposal Act, and more. The Sixth Circuit’s opinion calls into a question a wide range of agency regulatory interpretations.

The consequences may not be far off. In a concurring opinion eight years ago, Judge Sutton, of the Sixth Circuit, contended that the agency interpretations of the anti-kickback provision in the Real Estate Settlement Procedures Act—a financial statute administered by the Consumer Financial Protection Bureau—should not receive deference because violations can carry criminal penalties in addition to civil liability. The recent decision in Gun Owners of America cited Judge Sutton’s concurrence repeatedly with approval.  Judge White’s dissenting opinion also warned of the implications. So, the court issued its sweeping constitutional discussion with eyes wide open to the ramifications beyond Title 18. The constitutional holding in the recent decision might surface soon in arguments against any number of agency interpretations.

There has been extensive debate in recent years about the wisdom and propriety of the Chevron doctrine. The Sixth Circuit has started a volatile new phase.

Keith Bradley is a partner at Squire Patton Boggs, and the vice president of the ACS Colorado Lawyers Chapter.