The Constitution, COVID-19, and Growing Healthcare Disparities in U.S. Territories 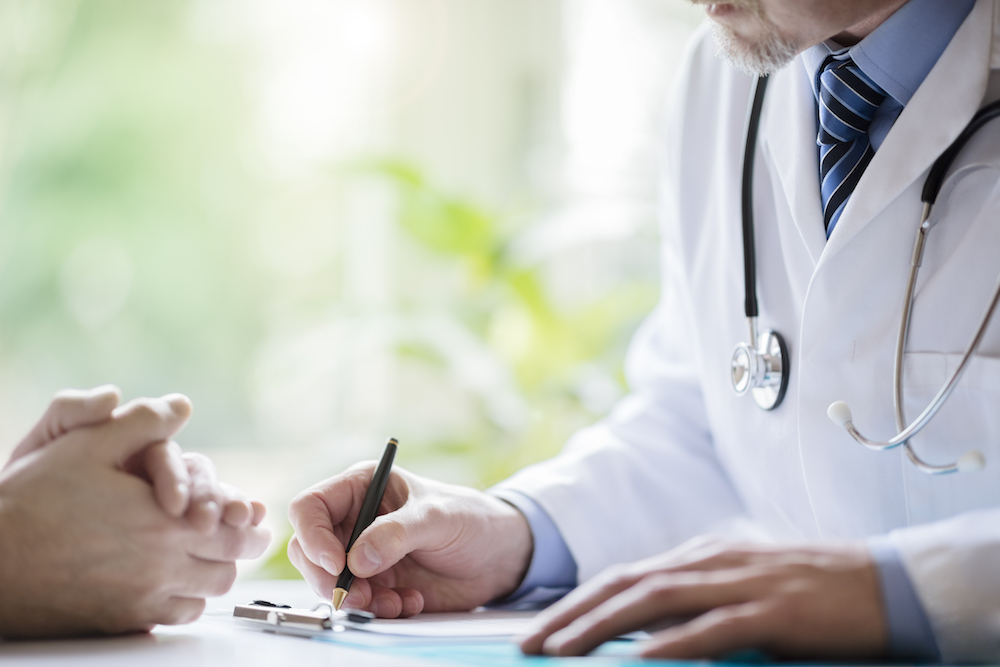 COVID-19 has illuminated many unseemly cracks in the U.S. healthcare system. It’s shocking to hear some of the country’s premiere hospitals described as “war zones” and to see medical professionals begging for protective gear on Twitter. The challenge is even greater for the nearly four million Americans living in U.S. territories, whose invisibility and seeming expendability is reflected both on maps of the crisis that erase them from the United States and through federal healthcare policies that deny the equal value of their lives. This discrimination is clearly wrong. Whether it is constitutional will likely soon be decided by the Supreme Court, following the First Circuit’s historic ruling that denying federal assistance to aged, blind, and disabled people in Puerto Rico is unconstitutional.

Disparities in federal Medicaid policy leave citizens in U.S. territories without the funding that ensures a basic level of healthcare sustainability to most American communities. Throughout the country, Medicaid enables providers to care for low-income Americans and to invest in equipment, infrastructure, and health-worker salaries. Congress allocates Medicaid funds to states based on residents’ per capita income. But it has historically allocated funds to U.S. territories at rates associated with the wealthiest states, like California, rather than the higher rates associated with states with similarly low per capita incomes. Congress also caps territories’ funds at an arbitrary dollar amount that falls well below actual need. Although Congress increased Medicaid funding to all territories in response to Hurricanes Irma and Maria, this funding bump expires in  2021—setting the stage for a Medicaid cliff that has life or death consequences.

The federal government’s unpredictable and discriminatory policy leaves territorial healthcare systems in a permanent state of uncertainty and inadequacy. In the U.S. Virgin Islands (USVI), for example, doctors and specialists that the islands need are unable to set up practices because they cannot count on a steady source of income from patients with Medicaid coverage. And USVI officials, like their counterparts in other territories, have hesitated to expand Medicaid eligibility, lest the federal government reduce funding in the next fiscal cycle.

None of the territories has an Affordable Care Act insurance exchange, and in smaller territories, individual healthcare plans are largely unavailable. This means that a disproportionate number of Americans in U.S. territories rely on the federal government for their healthcare needs. But the government has refused to provide the same levels of support to these Americans as it does to other vulnerable communities.

Even before the pandemic, the healthcare situation in the territories was bleak. Over the past three years, the USVI, Puerto Rico, Guam, and the Northern Mariana Islands have suffered devastating infrastructure damage from record-breaking hurricanes and typhoons fueled by climate change. In the wake of the storms, all of these territories report insufficient healthcare resources, including a shortage of doctors and nurses, difficulty providing services to low-income residents, and inadequate hospital space.

The hospital in St. Croix, USVI, has one working operating room to service a community of more than 50,000. USVI residents who can afford it purchase air ambulance insurance, enabling them to be transported off the islands for emergency procedures, while hospitals grapple with the cost of providing uncompensated care to those who can’t afford to pay. The need for mental health services is so critical that the USVI’s governor declared a state of emergency in the territory. And despite its aging population, the territory’s two publicly run nursing homes have long waiting lists for a vanishingly small number of beds.

The federal government also prohibits residents of all but one territory—the Northern Mariana Islands—from receiving federal Supplemental Security Income (SSI). SSI is a lifeline for millions of Americans, providing a basic level of income to adults and children who have limited resources and are sixty-five and over, blind, or living with disabilities. Yet if you are a citizen living in California who receives SSI and you move to Guam, you’ll lose your SSI. (You also lose your right to vote for President, but that’s another story.)

The experience of the USVI and other territories is not a bug: this systemic discrimination results directly from more than a century of America’s failed colonial experiment.

Following the Spanish-American War in 1898, the United States obtained Puerto Rico, Guam, and other overseas territories whose inhabitants it had no intention of treating equally to Americans on the mainland. These turn-of-the-century territorial acquisitions instigated contentious legal debates about the constitutional status of both the territories and territorial residents—who were (and are) overwhelmingly racial and ethnic minorities.

In a series of cases that first reached the Court in 1901 and have come to be known as the Insular Cases, the Supreme Court constitutionalized the acquisition and temporary congressional governance of  so-called “unincorporated” territories, where the rights and protections of the U.S. Constitution would not necessarily “follow the flag.” For residents of unincorporated territories, the Court questioned, or deemed inapplicable, many rights that most Americans take for granted: citizenship, the right to vote, and the right to a trial by jury.

Explicit racism undergirds the territorial incorporation doctrine. The Court that decided the Insular Cases also decided Plessy v. Ferguson, which constitutionalized the “separate but equal” doctrine in the mainland United States. Justice Henry Billings Brown, who authored Plessy, wrote in one of the Insular Cases that the “alien races, differing from us in religion, customs, laws, methods of taxation and modes of thought” who inhabited the territories made “the administration of government and justice, according to Anglo-Saxon principles . . . impossible.”

Despite their controversial history and subsequent Supreme Court decisions questioning their continuing application, the Insular Cases and their twisted doctrine of territorial incorporation remain on the books. As a result, the federal government continues to argue in court that the rights to birthright citizenship,  an independent territorial judiciary, and even a democratic territorial government are all “privileges” that exist by the grace of Congress. In its view, the Insular Cases, alongside the plenary power doctrine, empower Congress to retract the grant of these rights at any time.

Efforts to challenge the unconstitutional and undemocratic status quo in the territories may soon reach the Supreme Court.

In 2016, the federal government sued José Luis Vaello-Madero to recover $28,000 in SSI benefits it had inadvertently paid him after he moved from New York to Puerto Rico. Vaello-Madero, who was only entitled to receive SSI in the first place because he had little to no income, was unable to pay. Instead, he argued that SSI discrimination against territorial residents violated the Constitution’s Equal Protection Clause. Last year, Chief Judge Gustavo Gelpí of the District of Puerto Rico agreed, writing that “United States citizens residing in Puerto Rico are deprived of receiving SSI benefits based solely on the fact that they live in a United States territory. Classifying a group of the Nation’s poor and medically neediest United States citizens as ‘second tier’ simply because they reside in Puerto Rico is by no means rational.”

Earlier this month, a unanimous First Circuit panel led by Judge Juan Torruella affirmed Vaello-Madero, observing that “the Fifth Amendment does not permit the arbitrary treatment of individuals who would otherwise qualify for SSI but for their residency in Puerto Rico.” This ruling should be dispositive to claims raised in Peña Martinez v. Azar, another ongoing case in the District of Puerto Rico that raises affirmative equal protection challenges to both Medicaid and SSI discrimination against residents of Puerto Rico. The First Circuit decision could also prove influential in Schaller v. U.S. Social Security Administration, a similar SSI discrimination suit brought by a resident of Guam in the Ninth Circuit. One or more of these cases will almost certainly be taken up by the Supreme Court in the coming months.

How the Court reacts to these healthcare discrimination cases may be foreshadowed by its forthcoming decision in Financial Oversight and Management Board for Puerto Rico v. Aurelius Investment, LLC, a case that raises significant constitutional questions, concerns billions of dollars, and, perhaps most importantly, addresses Puerto Rico’s ability to govern itself democratically. In briefing before the Supreme Court, parties on both sides argued that the Court should take the opportunity to overrule the Insular Cases. But when pressed at oral argument, Chief Justice Roberts and Justice Breyer expressed reluctance to act. Until the Court overrules the Insular Cases, however, residents of U.S. territories cannot achieve meaningful equality.

The federal reaction to COVID-19 and the government’s broader approach to healthcare in U.S. territories epitomize the Insular Cases’ suggestion that “separate and unequal” is all Americans in the territories  deserve.

The CARES Act—the stimulus bill recently passed by Congress—guarantees less funding for territories (and the District of Columbia) relative to states and provides a lump sum to be distributed among all U.S. territories according to their populations. Residents of U.S. territories had little say in this outcome: although territories elect delegates to Congress, territorial delegates lack voting power. Thus, the prospects for bipartisan legislation introduced this month that would create Medicaid parity for the territories remain uncertain, at best. Disenfranchisement in Congress is problematic at all times, but doubly so in the midst of a health crisis.

Too few Americans are aware of the legal status of the territories, the racist origins of that status, and America’s ongoing failed colonial experiment, which enables these disparate impacts to endure. As COVID-19 overwhelms the nation’s healthcare systems, it is imperative that the courts and Congress take action to ensure healthcare equity for every American, whether they call a state or territory home.