The Census and the APA – Making Citizenship Arbitrary 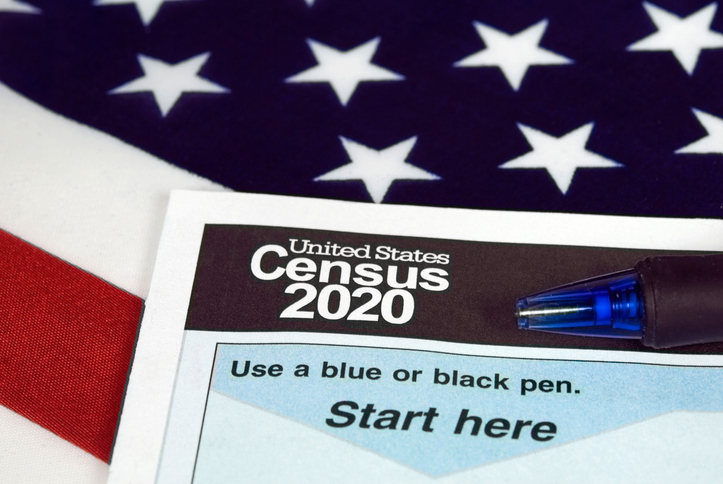 When he administered America’s first census in 1790, then-Secretary of State Thomas Jefferson had to know it would be an important event for America. In its original role, it was designed to provide an “actual enumeration” of the American population every ten years so the correct number of congressional seats and presidential electors could be apportioned for each state. The modern census is also a matter of public policy, as it affects the distribution of hundreds of billions of dollars annually in funding for programs ranging from Medicare and Medicaid to local education programs.

The Secretary of Commerce is currently responsible for administering the census. On March 28, 2017, per statutory requirements, the Commerce Department submitted to Congress the subjects to be covered on the 2020 census. Citizenship was not among them. On December 17, 2017, however, the Administration changed course. The Department of Justice sent a formal letter request to the Commerce Department asking it to reinstate a citizenship question on the 2020 census. On March 29, 2018, the Department submitted its 2020 census questions to Congress, one of which asked, “Is this person a citizen of the United States?”

The last time the census asked about individual respondents’ citizenship was in 1950. A related question had been included since 1950 in the “long-form” census, which went out to one-sixth of the population, and more recently (since 2005) in the annual American Community Survey (ACS), which goes to an even smaller group (just over 1% of the population).

Among the statutory questions raised is the claim that the agency’s decision to include the citizenship question violates the Administrative Procedure Act (APA). Under the APA, the “reviewing court shall . . . set aside agency action . . . found to be . . . arbitrary [and] capricious.” There are effectively two ways an agency can be arbitrary under the APA. They can be procedurally arbitrary, when their actions are not “reasonably explained,” or substantively arbitrary, when their conclusions are not reasonable, i.e. are not supported by their own arguments.

The inclusion of the citizenship question is arbitrary under both categories. Procedurally, the agency performed no testing to evaluate the question’s effectiveness. This is particularly damning because it is a departure from longstanding agency practice: the Census Bureau routinely tests questions for years before using them in the decennial census. The agency also failed to respond to concerns about underreporting. Commerce Secretary Ross, in his memo explaining the Department’s decision to reinstate the citizenship question, noted the “widespread belief among many parties that adding a citizenship question could reduce response rates,” but concluded that since there was no “definitive, empirical support for that belief,” it would not change his decision to include the question.

What Secretary Ross failed to explain was why the “widespread belief” that responsiveness could suffer did not merit more, rather than no, effort by the agency to investigate the question’s potential effect on responsiveness. Instead of taking the broad concern about responsiveness as a signal to follow established government guidelines for vetting census questions, Secretary Ross concluded that the best way to justify his position was to do nothing. By failing to follow its traditional approval process and respond to concerns—many from within the agency—about the negative consequences of the citizenship question, the agency acted arbitrarily under the APA.

The Bureau’s decision is also substantively arbitrary. In its letter advocating for the citizenship question, DOJ argued that the question will help it combat voter discrimination under Section 2 of the Voting Rights Act of 1965 by providing DOJ with “citizen voting-age population data.” Secretary Ross repeated that argument in his memo supporting inclusion.

There are at least two problems with this argument. The first is that census data is not likely to be helpful in combatting voting discrimination. Congress enacted the Voting Rights Act, and the DOJ has enforced it for decades, without access to the data the new census purports to collect. Moreover, DOJ already has access to the annually updated ACS data, which is more current and relevant than census data.

There is also significant evidence suggesting that even if the citizenship question could theoretically yield useful voting data, it will still fail to do so because its inclusion will dilute the amount and accuracy of census data generally. Several decades of research and statements by the Census Bureau (at least prior to last December) show that citizenship questions will lead to lower response rates and accuracy in the census. According to Census Bureau officials, the Trump Administration’s anti-immigrant policies and rhetoric have only exacerbated the problem. The agency’s stated justifications fall far short of explaining how the citizenship question will advance, rather than frustrate, its stated goals. For that reason alone, it should be found arbitrary under the APA.