The Blumenthal & Nadler Decision: A Watershed in the Effort to Combat Presidential Corruption 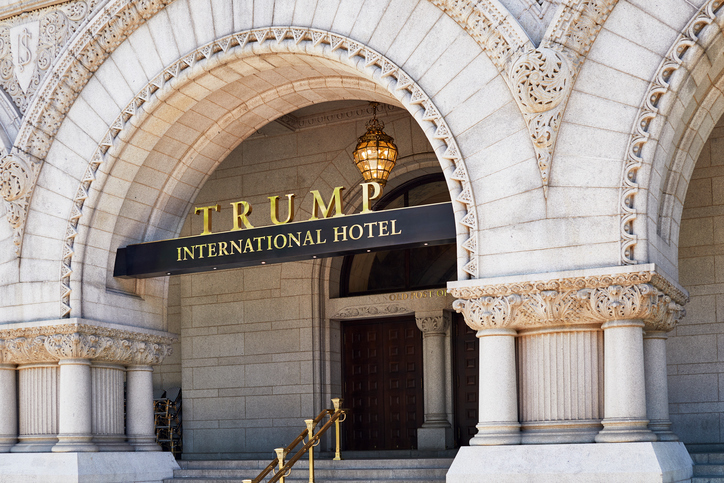 You may have missed it amid the turmoil of the Kavanaugh proceedings, but on Friday federal district judge Emmet G. Sullivan ruled that the plaintiffs in Blumenthal, Nadler, et al. v. Trump have standing to sue the President for violating the Constitution’s Foreign Emoluments Clause. This is a watershed moment in the fight to hold President Trump accountable to the Constitution and its important anticorruption safeguards.

In a meticulous opinion that carefully parses the relevant precedent, Judge Sullivan concluded that President Trump is inflicting a cognizable injury on the Blumenthal & Nadler plaintiffs (whom I represent with my colleagues at the Constitutional Accountability Center) by allegedly accepting foreign emoluments without first seeking and obtaining “the Consent of the Congress,” as the Constitution requires.

The implications of the decision are massive: unlike the other lawsuits against the President for violating the Foreign Emoluments Clause, which are challenging foreign-government payments at his D.C. and New York hotels and restaurants, the Blumenthal & Nadler case has the potential to reach every business arrangement across the globe through which Trump is accepting money or other benefits from foreign governments.

This is a big deal. While the D.C. and New York hotels and restaurants are an important avenue through which foreign officials are ingratiating themselves with the President by lining his pockets, those hotels and restaurants likely supply only a small fraction of the money that Trump is reaping from foreign governments around the world. Even here in the states, according to one report, “the real money in the Trump empire comes from commercial tenants like the Chinese bank” who own or lease space in Trump’s numerous commercial towers. “Forbes estimates these tenants pay a collective $175 million a year or so to the president.” Saudi Arabia, for example, owns a floor in New York’s Trump World Tower for which it pays annual fees that have likely totaled at least $5.7 million since 2001.

And that is to say nothing of the President’s myriad businesses and licensing deals abroad, which include hotels, golf courses, media properties, management companies, and residential and commercial buildings in at least twenty countries. Each of those ventures presents opportunities for foreign governments to gain influence over the President by conferring lucrative benefits on him, whether through direct payments and loans or through regulatory decisions awarding permits, exemptions, intellectual property rights (like the dozens of “enormously valuable” trademarks that China granted him after he took office), and other advantages.

The Blumenthal & Nadler plaintiffs have standing to challenge all of these transactions, because, as Judge Sullivan concluded, every acceptance of an unauthorized benefit from a foreign government injures them in their official capacities as members of Congress.

It’s true that individual legislators are rarely allowed to sue over harm to their official powers—what the Supreme Court in 1997’s Raines v. Byrd termed an “institutional injury.” But the unique nature of the Foreign Emoluments Clause, and the ways that Trump is violating it, compel the conclusion that Judge Sullivan reached.

While Raines cut back significantly on the lenient standards for legislator standing prevailing at the time—which in the D.C. Circuit permitted standing for almost anything that diminished a lawmaker’s power or influence—it didn’t eliminate legislator standing.  Instead, it actually reaffirmed earlier Supreme Court precedent recognizing standing in the narrow circumstance where a legislator’s vote is “completely nullified.” That phrase, as the D.C. Circuit has since explained, means “treating a vote that did not pass as if it had, or vice versa,” in situations where legislators cannot adequately fix the problem themselves. And in a 2015 decision, the Supreme Court confirmed that nullification includes unlawfully denying an opportunity to vote, not just unlawfully disregarding a past vote. We explain these points at greater length in our brief opposing the President’s motion to dismiss.

Judge Sullivan agreed (as did another judge recently) that “complete vote nullification is clearly a type of an institutional injury sufficient to support legislator standing.” But is the President really denying members of Congress the chance to vote on his foreign emoluments? Couldn’t Congress vote at any time to express its disapproval of his conduct? Or pass legislation restricting it?

President Trump relied heavily on such arguments in our case—claiming, as Judge Sullivan put it, that our plaintiffs “have ample legislative remedies at their disposal; they just don’t have the votes.” That claim doesn’t hold up to scrutiny, though, leading the court to conclude that “the President’s purported legislative remedies are clearly inadequate.”

In part, this is because the Foreign Emoluments Clause is an unusual constitutional provision. It imposes a clear rule that the President may not take a particular action—accept a foreign emolument—without having previously obtained congressional approval. As Judge Sullivan wrote, “the Clause is unambiguous: acceptance is prohibited without ‘Consent.’” Like the Appointments Clause and the Treaty Clause, the Foreign Emoluments Clause mandates a specific procedure: the President submits to Congress a request to accept a particular emolument, and Congress responds (if it chooses) by voting on whether to consent. Settled historical practice dating to the 1790s confirms this understanding. The President can no more deny members of Congress that vote than he can install a Supreme Court Justice or put a treaty into effect without the Senate’s prior consent.

And the Framers wrote the Clause this way for a reason: deeply concerned about preventing foreign corruption of the nation’s leaders, they wanted any officeholder who wishes to accept a foreign-government benefit to bear the burden of moving Congress to action. That structure ensures that presidents can accept the largesse of foreign states only when a majority of Congress is willing to affirmatively give its approval on the record.

As Judge Sullivan observed: “The legislation suggested by the President flips this burden, placing the burden on Members of Congress to convince a majority of their colleagues to enact the suggested legislation.” Therefore, Congress’s general ability to legislate regarding emoluments is no substitute for the specific type of vote the Constitution guarantees. Nor does it suffice that Congress can express disapproval of emoluments the President already has accepted (assuming Congress learns about them), because such after-the-fact votes raise the same problem and cannot, in any event, force the President to relinquish those emoluments.

The other unusual aspect of the Foreign Emoluments Clause that is critical here is this: the Clause regulates the private conduct of federal officials, not just the performance of their governmental duties. If a foreign government offers the President a million dollars, he cannot accept it without consent. Period. It doesn’t matter whether the money is offered as a diplomatic gesture in a public ceremony, covertly in a dark alley, or in compensation for some private service rendered.

But the fact that Trump is violating the Clause through his personal businesses does have one significant consequence: it means that Congress cannot rely on its main tool for keeping the executive in line—its power of the purse. When a president ignores Congress’s voting prerogatives with respect to an environmental program or a military operation, for instance, Congress can stop the activities in question by cutting off their funding. No such option is available here, because Trump does not need government money or personnel to carry out his violations of the Clause.

There are other arguments and nuances at play, of course, but they are addressed in our brief and in Judge Sullivan’s opinion. The key point here is that no other constitutional provision features both of the unusual traits discussed above. That rare combination, along with President Trump’s brazen conduct, is why the Blumenthal & Nadler plaintiffs lack a legislative remedy adequate to address the denial of their voting rights. It’s also why they have standing to seek redress from the courts—for every foreign emolument that President Trump is accepting without their consent. Friday’s decision is a timely reminder of the judiciary’s vital role in holding presidents accountable when they violate the law.