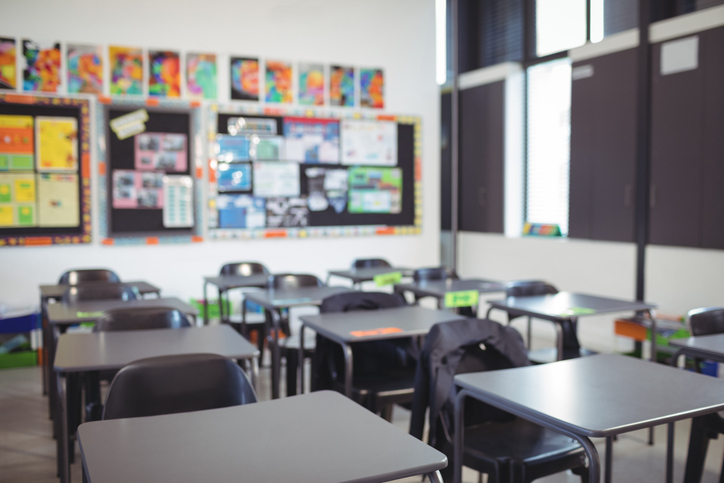 *This piece was originally published on The Conversation.

Teacher strikes are generating a healthy focus on how far public education funding has fallen over the past decade. The full explanation, however, goes beyond basic funding cuts. It involves systematic advantages in terms of funding, students and teachers for charter schools and voucher programs as compared to traditional public schools. Increasing public teacher salaries may end the current protests, but speaking as an expert in education law and policy, I believe it won’t touch the new normal in which public education is no longer many states’ first priority.

My forthcoming research shows that, from funding and management practices to teacher and student policies, states are giving charter schools and private schools a better deal than public schools. These better deals have fueled enormous growth in charter schools and voucher programsthat is now nearly impossible to unwind.

The most basic shift occurred between 2008 and 2012. Florida and North Carolina illustrate the nationwide trend. Each cut public education funding by 20 percent or more in three years. During the same period, North Carolina lifted its cap on new charter schools and quickly doubledits charter school spending. Florida similarly changed the rules for its voucher program and quadrupled its size.

States also passed laws to offer charters and private schools more money for each student they took. Florida increased the value of each voucher by roughly US$2,000. Nevada went even further, passing legislation that would convert every single public education dollar into a voucher dollar. While the state Supreme Court later declared the program unconstitutional, it has not stopped other states like Arizona from pursuing similar programs.

Several states also began lifting income eligibility limits. Previously, states had provided vouchers only for low-income students. But new voucher programs made them available to wealthy students as well, even those who already had access to excellent public schools.

Charter schools benefited from similar advantages in some states. Ohio and New Jersey funneled charter school funding through school districts, but the states’ antiquated funding formulas and charter reimbursement rates force districts to send charter schools more per pupil than they receive from the state.

Pennsylvania has a similar scheme, but it has proven so lopsided that it expanded deficits in Philadelphia and nearly bankrupted the Chester School District. Chester was paying the local charter school roughly $40,000 per special education student, including for those students with relatively low-cost needs. Arizona took a simpler route. It shielded charter schools from the budget cuts it was imposing on traditional public schools.

Laws require public schools to award contracts through a transparent process and prohibit public schools from entering contracts that pose conflicts of interest. Charters can award contracts to almost anyone they like – and on any terms they like. This includes awarding contracts to companies that have close financial ties with the charter. A person can start a purportedly nonprofit charter school and then have that charter purchase all of its services and supplies from a company owned by that same person. As a result, the person can turn a profit on staffing, facilities, technology and supplies. National Heritage Academies runs this exact type of business model in North Carolina and continues to grow its campuses.

The same activity could constitute fraud or criminality in a public school. Yet, state law permits it for charters. As Thomas Kelley’s analysis reveals, many of the charter schools that state law calls nonprofits would not qualify for that same label under federal law.

No checks on profiteering

States also allow private schools and charters to treat students differently. While public schools must provide disadvantaged students with a host of special services, private schools take vouchers with almost no strings attached. And they are increasingly taking high-achieving middle-income and nondisabled students who cost less to educate and typically do not demand specialized services.

Charter schools’ advantages come in their ability to recruit students and cap enrollment. Public schools must serve everyone in their community. The clearest proof that charters don’t is in the data. For instance, Newark charter schools enroll less than half the percentage of special education students and English language learners as the Newark public schools. Newark charters also enroll significantly fewer low-income students. In North Carolina, charter schools are increasingly enrolling white students, while public schools increasingly enroll students of color. In Minneapolis, 80 percent of charters are racially isolated by race, socioeconomic status or both.

The most obvious advantage, however, is with teachers. Most states exempt charter schools from teacher certification requirements. Half exempt charters from complying with high-stakes teacher evaluation systems. More than three-quarters exempt charters from the teacher salary and collective bargaining rules. In short, states permit charters to hire teachers that would be deemed unqualified in a public school and pay them less.

The need for a structural shift

The current debate over school funding must move beyond teacher salaries and whether the books in public schools are tattered. Those conversations ignore the systematic policies that disadvantage public schools. Increasing public school teachers’ salaries alone won’t fix the problem. The public school teaching force has already shrunk. Class sizes have already risen. And the rules that advantage charter and private schools remain firmly in place.

Long-term solutions require a reexamination of these preferences. As a state constitutional matter, the law requires that states make public education their first priority. It is not enough to make education one of several competing priorities. And as a practical matter, states cannot continue to ask public schools to work with whatever is left over and then criticize them for doing a poor job. This cycle creates a circular justification for dismantling public education when states should be repairing it.

What To Expect When You're Expecting Impeachment

The Unbearable Incoherence of Senate Obstructionism

The Essential Role of State Courts in Addressing Climate Harms