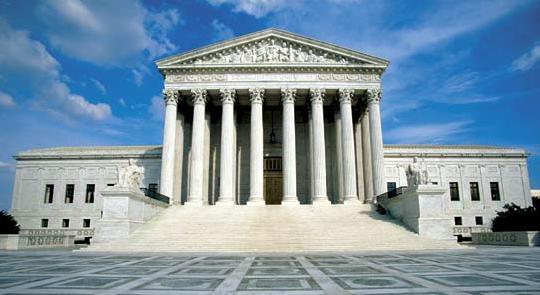 by John Hamilton, Mayor of Bloomington, IN and Dawn Johnsen, Walter W. Foskett Professor of Law at Indiana University Maurer School of Law

*This piece was originally published by The Herald-Times.

Bloomington is a long way from Washington, D.C., but the stakes in the battle over the Supreme Court’s future are monumental, here and around the country. Who replaces retiring Justice-in-the-middle Anthony Kennedy will shape who we are as a community and as a nation for generations to come.

President Trump and many in the Senate seek to remold America, and explicitly target the courts to do so. Time and again, first candidate and now President Trump attack our fair and independent courts, undermining the rule of law, democracy and fundamental liberties. That’s the same Trump who lost the popular vote by millions, who is under investigation for colluding with a foreign enemy to win the election and who regularly demeans our republic with his bigotry and bullying.

Now a second Supreme Court seat (after the stolen first one) awaits Trump’s appointment. The prospects of a five-member radical-right majority are staggering. Such a locked-in bloc could indeed remake America:

All this and much more is at risk from a new justice.

A radical political agenda seems driven by fear of our changing America. As we become more diverse and more progressive, demanding more justice and opportunity for all, this agenda aims to take us backward and disempower the American people in our striving toward that “more perfect union.” The Supreme Court is ground zero for that struggle.

Our senators must preserve our democracy and our future. We must call upon them (daily!) to oppose any nominee who does not affirmatively recognize long-established law in these essential areas: The constitutional right of all people to make their own decisions about their personal relationships and their bodies, including to use contraception, to have an abortion or to bear a child, and to marry whom they choose.

And the fundamental structures of our constitutional democracy, including free and fair elections, the power of the people to promote the general welfare through legislation and genuine access to courts to protect against powerful moneyed and corporate interests.

Senators Donnelly and Young both voted to confirm Justice Neil Gorsuch. Both should oppose another ideological nominee who would radically remake America and diminish our liberties and our democracy. With all this on the line, we all need to act. Our future generations depend on it.