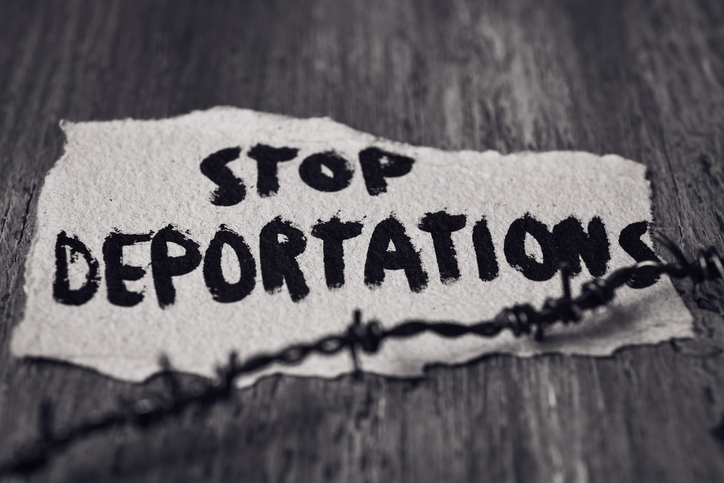 Witness Fatiha Elgharib, who has lived in Ohio for more than two decades, serves as primary caregiver to a United States citizen child suffering from Down Syndrome, is married to the breadwinner, and faces imminent deportation on November 27. Fatiha became a target of immigration following her fight and support of her husband during the course of NSEERS –a Muslim registration program enacted after the attacks of 9/11. Fatiha’s story highlights the ongoing residual impact of NSEERS and raises important questions about the legitimacy of using a now defunct and ill-conceived policy to generate new deportations.

Early into the Presidential campaign, I lamented over then candidate Donald J. Trump’s proposal of a complete shutdown of Muslim immigration and described the flashbacks it had to ill-conceived policies created after the attacks of 9/11 against Muslim, Arab, and South Asian communities and in the name of nationality security. In the months that followed, I responded to a mountain of inquiries about the parallels between the President’s proposed Muslim registry and a 9/11 program known as “NSEERS” or special registration.

Special registration is a program announced by former Attorney General Ashcroft in 2002 whose legacy is marked with chaos, discrimination, and scars worn by individuals and families to this very day. The most controversial portion of NSEERS enlisted men from 25 majority Muslim countries (one exception: North Korea) to report to local immigration offices for interrogations, fingerprints, and photographs. The residual effects of NSEERS were significant as those who came forward voluntarily to comply or were unfamiliar with the program years later, faced charges, detention, and deportation. Following a decade plus long fight to dismantle the legal framework of NSEERS, the Obama administration rescinded the framework in late December 2016.

Less than one month later, now-President Trump signed his first of many Executive Orders categorically suspending the entry of noncitizens from seven countries, all of which have Muslim populations of 90% of more. In response, lawyers, advocates and community leaders have responded to these bans with legal excellence and significant advocacy. While orders to ban entry differ in form from a registry program, the message both send to Muslim, Arab and South Asian communities is the same: exclusion and discrimination under a proxy of national security.

Deferred action data from 2016 reveals that most deferred action cases processed and granted were for medical reasons. Having studied thousands of deferred action cases throughout my research, it is without question that someone like Fatiha who is herself a long-time resident, without a criminal history and caring a for United States citizen child with Downs Syndrome should be protected through formal relief or in the alternative a deferred action. The Department of Homeland Security has the authority and the responsibility to use discretion wisely and judiciously at every stage of the immigration enforcement process.

If the regular lesson is that “two wrongs do not make a right” I might conclude that “two wrongs” (NSEERS and potential deportation) adds to a broken immigration system while needlessly separating a family who call America home.

Shoba Sivaprasad Wadhia is the Samuel Weiss Faculty Scholar and the Director of the Center for Immigrants’ Rights at Pennsylvania State University Dickinson School of Law and the author of Beyond Deportation: The Role of Prosecutorial Discretion in Immigration Cases (NYU Press, 2015), now available in paperback.