Reuben A. Guttman ACS Board of Advisors Member and founding member of Guttman, Buschner & Brooks, PLLC 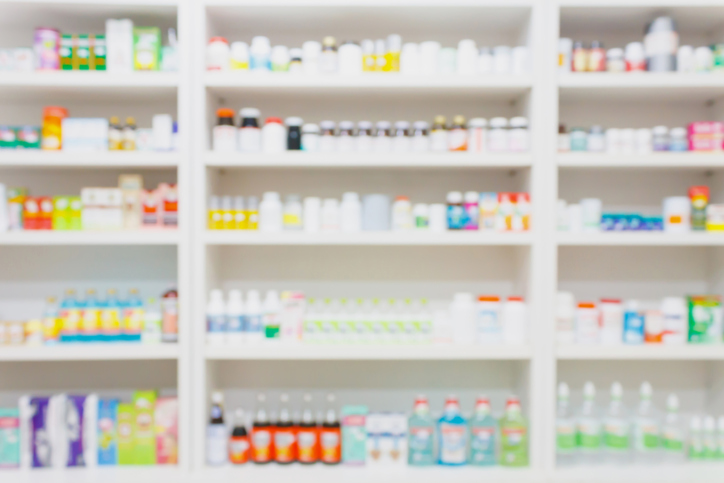 **This is part of ACSblog's Symposium on Whistleblowers.

Today, it is true that physicians are still the gatekeepers. Yet, the swing of their gate is now subject to influences that are beholden to money and not medicine.

Doctors are the middlemen for drug and device manufacturers; their decisions to write prescriptions are often premised on company spin sometimes touting interpretations of cherry picked data neatly planted into publications that have the aura of reliability. This is a strategy employed by “Big Pharma” to cause product utilization well beyond the boundaries of the FDA approved package label. Factor in speaker fees to doctors to give canned speeches for thousands of dollars a pop, drug representatives who are trained to hint at ways that products can be used for purposes outside their approved indication, and company marketers who strategize about how to downplay side effects, and at the end of the day, the doctor gatekeepers are no longer able to swing their gate based on honest medical information.

If this is disturbing, consider that Wall Street and the investment bankers own an interest in hospitals, nursing homes and emergency care facilities. Pharmacy benefit managers (PBM's) - influenced by rebates from Big Pharma - decide what drugs are going to be “preferred” by the health and welfare funds that reimburse us for our prescriptions. And did you ever wonder why more psychiatrists are writing prescriptions for drugs as opposed to engaging patients in long term therapy? The answer? It is drug company spin combined with the way insurance companies reimburse.

Here is the point; the obligation to do no harm has been compromised by non-medical monied interests that influence our health care delivery system. This we know from the efforts of whistleblowers who risked their careers to surface information that has caused most of the large pharmaceutical companies, and others in the health care delivery business, to admit to criminal violations or pay significant dollars to reimburse the Medicare and Medicaid systems for drugs, devices and treatments that were not medically justified and/or have placed patients at risk.  If you think we are making this it up, check out these headlines from Department of Justice Press Releases reporting on resolution of cases initiated by whistleblowers: Abbott Labs to Pay $1.5 Billion to Resolve Criminal and Civil Investigations of Off Label Promotion of Depakote; Wyeth Pharmaceuticals Agrees to pay $490.9 million for Marketing Prescription Drug Rapamune for Unapproved Uses; Pfizer to pay $2.3 Billion for Fraudulent Marketing; Glaxco SmithKline to Plead Guilty and Pay $3 Billion to Resolve Fraud Allegations and Failure to Report Safety Data; Amgen to Pay $24.9 million to Resolve False Claims Act  Allegations; Community Health Systems to Pay $98.15 Million to Resolve False Claims Act Allegations.

And it is not just the drug industry, whistleblowers have exposed the malfeasance of hospital and nursing home chains, outpatient clinics, the insurance industry and unfortunately even doctors who are sworn to do no harm.

The most valuable legal channel for whistleblowers has been the Federal False Claims Act (FCA), a statute dating back to 1864. Through statutory revisions over the years, the FCA allows individuals to sue in the name of the United States to recover monies that have been paid out because of fraudulent conduct or false statements that are made to secure payment from the government fisc. The statute imposes civil penalties and treble actual damages. And while the FCA allows for the recovery of federal dollars, over twenty states and even some cities have passed local statutes allowing for the recovery of local dollars. These statues have prudential standing requirements which limit suits to those brought by individuals or entities with information that generally cannot be found in media reports unless the whistleblower - known as a Relator - is an original source of the information, meaning that he or she has some knowledge  of the wrongdoing that is independent of and materially adds to what is a matter of public record as defined by the technical terms of the statute.

Litigation under the FCA has recovered billions in federal and state dollars. More importantly – as DOJ press releases confirm -- FCA litigation has surfaced pharmaceutical marketing schemes that have exposed patients to medically unnecessary drug regimens and potential hazards. FCA litigation has also exposed practices by hospitals and drug distributors that are either not medically necessary or that have placed patients at risk of harm.

For whistleblowers suing under the FCA and state/local legislative equivalents, no doubt the monied interests on Wall Street considers them snitches. Yet, these “snitches” are integral to regulatory compliance particularly - believe it or not - when the regulators themselves depend on Wall Street interests to regulate.  Consider that the Center for Medicare and Medicaid Services (CMS) -- in theory -- is responsible for doling out trillions of dollars annually to pay for drugs, medical diagnosis, and treatment. Does CMS review each claim for reimbursement? Of course not; CMS contracts with private vendors to review claims and make payments. And for drug uses outside the FDA approved indication, these private vendors rely on other private entities - known as the "Compendia" - to ascertain whether a drug use has some level of medical acceptance.  As to the Compendia, the entities that publish them may rely on the very doctors who are speakers for the drug industry.

How do we know all this? Whistleblowers! They bring the cases that stir the dirt to the surface; they expose impropriety to sunlight. They make our healthcare system safer. And no Wall Street, they are not snitches.  Rather, they are integral to compliance enforcement.

*Guttman and Buschner have represented whistleblowers in cases brought under the False Claims Act against Abbott Labs, Glaxco SmithKline, Amgen, Pfizer, Wyeth, Celgene, Pharmerica, Omnicare, and Community Health Systems which collectively have returned over $5 Billion to the government.

Presidential Power and Military Justice: A Tradition of Effectiveness Under Strain

The Whistleblower vs. Trump's "Deep State": A Q&A with Jon Michaels

Register Now for our National Convention!

JUNE 11-13, 2020 Be a part of the year's premier gathering of progressive lawyers and law students!
Register now!