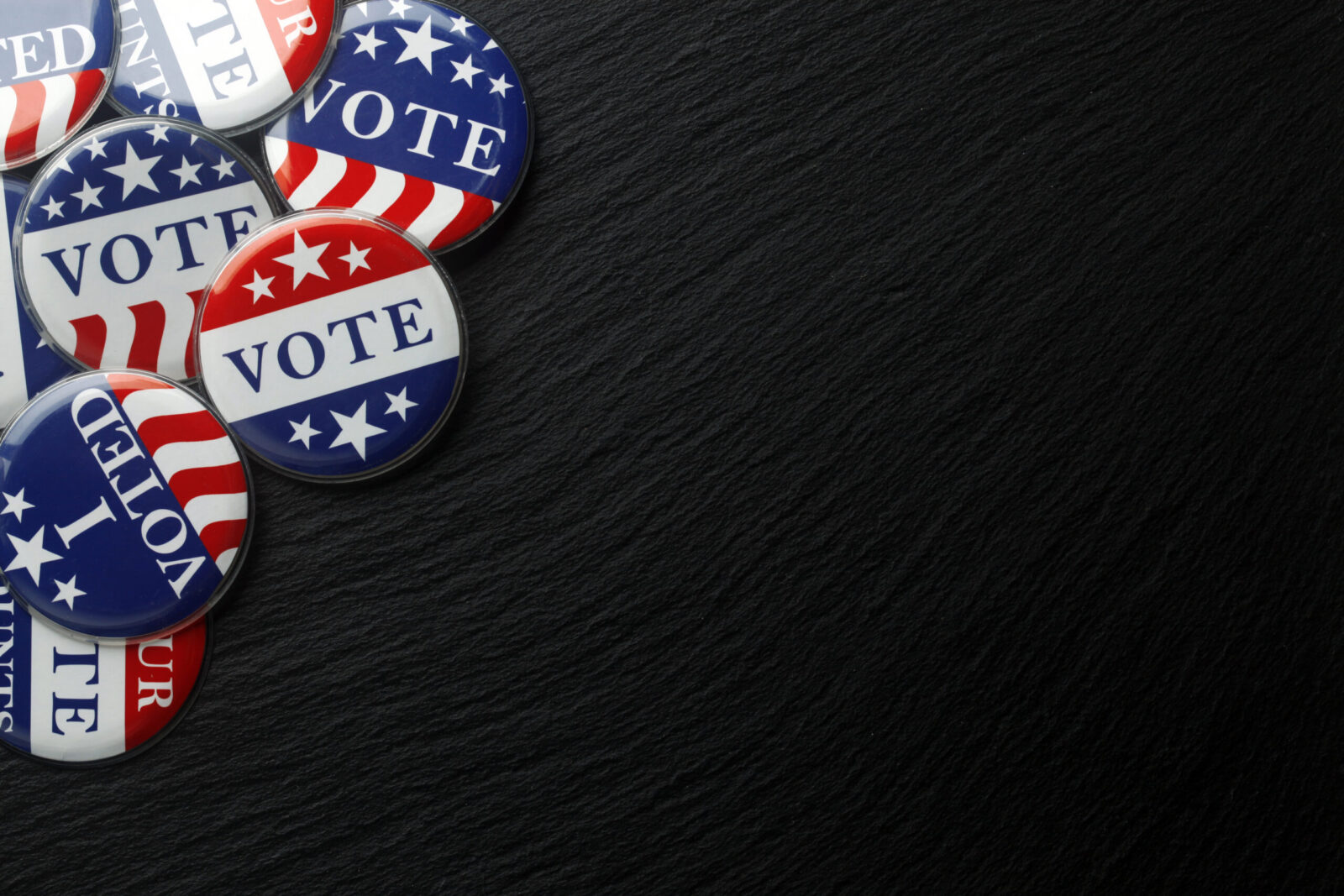 As part of observing the anniversary of the January 6 insurrection, it is fitting that the necessity of reforming the Electoral Count Act is finally getting the attention it deserves. I’ve contributed to that effort, in a co-authored column setting forth a bipartisan basis for revising the ECA. Others have done so as well, including editorials in the Wall Street Journal and Washington Post.

It is encouraging, then, that leading Republicans in the Senate—including Minority Leader Mitch McConnell—have expressed a willingness to work with Democrats on ways to fix the ECA. It is perhaps ironic, then, and disconcertingly so, that some leading Senate Democrats are apparently now balking at the possibility of bipartisan ECA reform. According to news reports, some have suggested a linkage between ECA reform and adoption of the other two major pieces of electoral reform that Democrats are pursing: the Freedom to Vote Act and the John Lewis bill to reinvigorate the Voting Rights Act. The Washington Post, for example, identifies Senator Tim Kaine as one who has “expressed openness to modifying [the ECA], but only in conjunction with other, more thoroughgoing voting rights protections.”

This kind of linkage, in my judgment, would be a serious mistake on the part of Senate Democrats. As the Washington Post’s editorial recognizes, ECA reform is essential whether or not Democrats are able to achieve their other voting rights goals. It seems unlikely that Senate Democrats are sufficiently united to achieve the filibuster reforms necessary to enact their two major election-related bills, but we will soon know the answer given Majority Leader Chuck Schumer’s plan to bring this to a vote by MLK Day. If these voting rights bills remained blocked, Democrats still should pursue ECA reform on a genuinely bilateral basis with Republicans. Not doing so would be like refusing to wear a mask as protection against Covid because a wanted vaccine is not yet available.

Moreover, even if Democrats end up all on board—including Senators Sinema and Manchin—for filibuster reform that enables them to enact their two election-related bills over essentially uniform GOP opposition (with only Senator Murkowksi supporting the John Lewis VRA reform bill, and none supporting the Democrats-only Freedom to Vote Act), it would be dangerously counterproductive for Democrats to use this procedural maneuver to pursue one-party ECA reform without bilateral Republican participation. The reason is that ECA reform cannot work unless both parties are on board. Why? Because a one-sided revised ECA is in danger of being ignored if the other side is in control of the process the next time Congress convenes to count electoral votes.

This point is somewhat technical—but crucial. The constitutional status of the ECA is very much debated. Although I for one believe that Congress has the constitutional authority under the Necessary and Proper Clause to enact a statute to implement the requirement of a special joint session of Congress under the Twelfth Amendment for receiving and counting the electoral votes sent from the states, there are those who take the position that Congress cannot bind itself by statute but instead must operate according to rules adopted by each chamber. Because of this view, for each presidential election, the practice has developed for the House and Senate to adopt concurrent resolutions agreeing for that particular election to follow the procedures of the ECA. These resolutions moot the point, for that particular election, whether or not the ECA is constitutional—because the two chambers of Congress for that year’s special joint session of Congress are operating not just under the statute, but under their specifically self-imposed rule to abide by the terms of the statute on this particular occasion. It’s a belt-and-suspenders approach to the constitutional point relating to this issue of congressional procedure.

But if Democrats tried to impose a unilaterally revised ECA over GOP objection through the use of filibuster reform, what happens if Republicans control even just one house of Congress starting in January of 2025? We can easily anticipate that this chamber would refuse to pass the resolution to abide by the terms of the objectionable ECA. Chaos and crisis would ensue, and the very purpose of ECA reform—to bring clarity and stability to the congressional procedures for counting electoral votes—would be negated. Simply put, ECA reform can work only if it is genuinely bipartisan: both parties agreeing in advance to embrace a set of shared procedures for how the counting of electoral votes is supposed to happen. It’s that shared bipartisan buy-in that enables each chamber of Congress, regardless of which party happens to be in control at the time, to agree to adopt the resolution for that year’s election that accepts the ECA as the basis for proceeding in that particular joint session of Congress.

One could make the much broader argument that electoral reform in general, to be effective, must have bipartisan buy-in. A counterargument that’s often made is to point to the Fifteenth Amendment as an example of one party (Reconstruction Republicans) imposing voting rights over the opposition of the other major party (anti-egalitarian Democrats). Tragically, however, I think the historical lesson of the Fifteenth Amendment is just the opposite. Yes, it was adopted by one party against the wishes of the other, but it quickly became utterly ineffective with the demise of Reconstruction, because the Republican Party alone could not sustain enforcement of the Fifteenth Amendment over the persistent and determined opposition of Democrats in the South. The nullification of the Fifteenth Amendment was so successful that the U.S. Supreme Court in Giles v. Harris, a 1903 decision written by Justice Holmes, said that the federal judiciary would refuse an injunction to remedy the systematic violation of the Fifteenth Amendment by Alabama because the injunction would be ineffective, as the federal courts were powerless to make the state obey the constitutional command. It was only when Congress on a bipartisan basis guaranteed commitment to enforcement of the Fifteenth Amendment, with the enactment of the 1965 Voting Rights Act, that genuine equality of electoral opportunity regardless of race was a realistic possibility. This history, as much as I’d prefer otherwise, offers a cautionary lesson about the capacity of one party to vindicate voting rights over the dug-in opposition of the other major party. But whatever lesson one draws from this history about electoral reform more broadly, the specific point about ECA reform remains true: for the technical reasons concerning the relationship between the ECA and congressional rules, it is futile to pursue ECA reform except as a bilaterally shared enterprise between Democrats and Republicans on equal terms.

There’s one more point about bipartisanship worth making in connection with the necessity of ECA reform. The overriding goal of ECA reform, at least as I see it, is to make sure that Congress acts properly under the Constitution in performing its Twelfth Amendment role to receive and count the electoral votes sent from the states. For Congress to act properly means no effort in Congress to repudiate valid electoral votes. It was an improper effort of this nature, led by Representative Mo Brooks and Josh Hawley (among others), that instigated the insurrection that occurred last January 6.

But, as discussed above, for ECA reform to be effective, the members of Congress who hold office on January 6, 2025 must agree to abide by the ECA. As important as it is for Congress to enact a well-revised ECA, that clarifies the procedures to be followed in the next joint session to count electoral votes, it does no good if the incumbent officeholders simply refuse to abide by what Congress previously enacted. Therefore, it is essential too that Congress on January 6, 2025 be populated with enough incumbents willing to follow the rules, rather than seize power for one’s own party regardless of what the rules provide.

Given this additional necessity, Democrats should be worried about the potential replacement in Congress of Republicans who refuse to go along with the Big Lie about the 2020 election being stolen with Republicans who willing, even eagerly, embrace the Big Lie. In the Senate, it matters whether the Republican from Alabama is Richard Shelby or Mo Brooks, who is running as a Trump loyalist against Shelby’s former chief of staff. Similarly, it makes a difference whether Ohio’s Senator is Rob Portman or, potentially, Josh Mandel—who is currently the leading candidate for the GOP nomination to replace Portman and is making the Big Lie a centerpiece of his campaign. When it comes time for Congress to count the electoral votes on January 6, 2025, who will be the Senators participating in the process?

For this reason, Democrats in their electoral reform efforts since January 6 of last year have paid insufficient attention to the structural issue that threatens the widespread replacement of Republicans who refuse to embrace the Big Lie with other Republicans who do. This structural issue, which I’ve discussed in two recent law review articles (one just published and another forthcoming), as well as in columns for the Washington Post (one last March and another in September), requires eliminating the capacity of Donald Trump to control which Republicans are candidates on the general-election ballot in November. Along with working with Mitch McConnell on genuinely bipartisan ECA reform, Democrats should endeavor to work with McConnell for a simple majority-winner rule that would help protect his traditional wing of the GOP from the Big Lie insurgency that is endangering both his Republican Party and the Republic itself. Mitch McConnell is no fan of the Big Lie and the insurrection it caused. Whatever differences Democrats have with McConnell over other voting issues, the lesson of January 6 is to endeavor to make sufficient common cause to do what’s necessary, including ECA reform, to prevent a Big Lie 2.0 from successfully subverting the result of a valid presidential election next time.