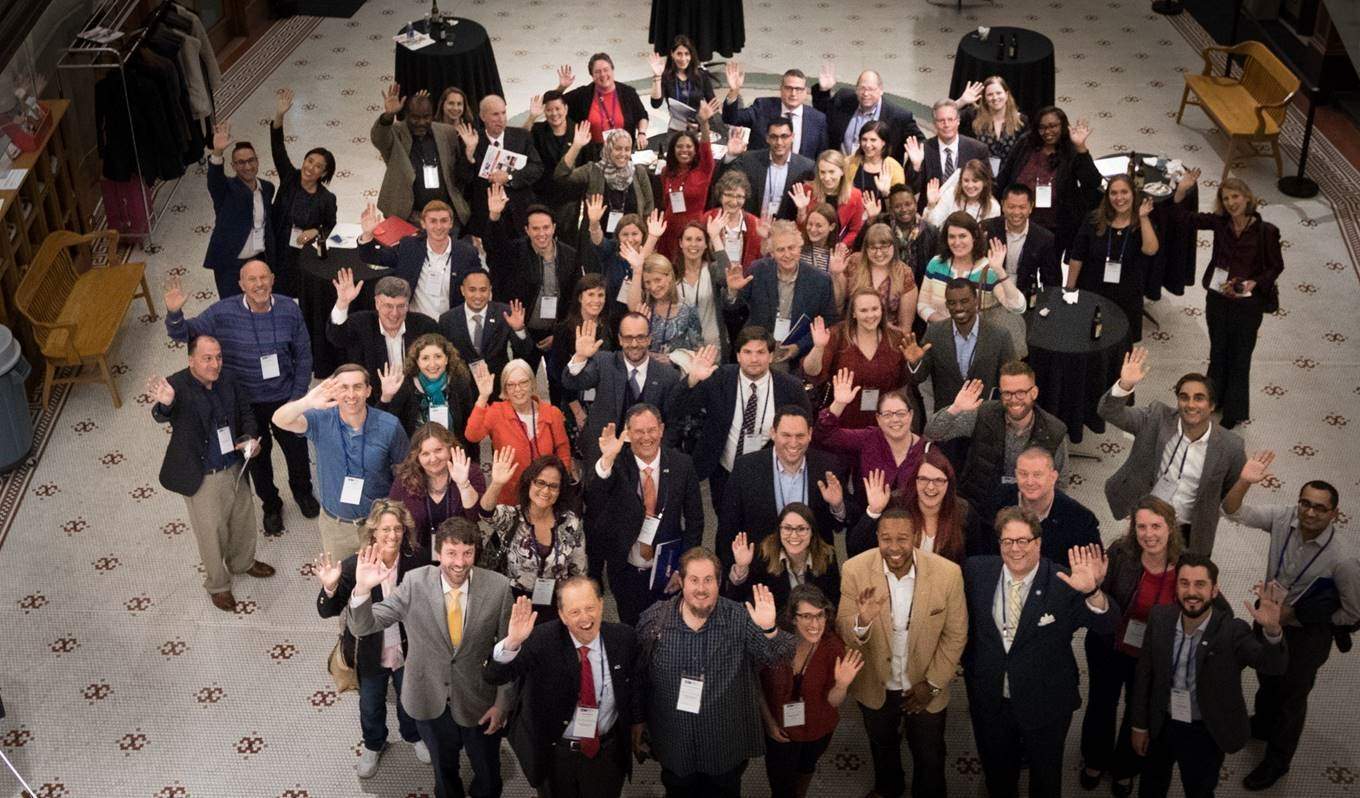 More than 120 lawyers representing 16 different states gathered in Milwaukee last month for ACS’s first-ever National Lawyer Convening. We were honored to serve as co-hosts of this gathering, which was both a great success and a lot of fun. It was exciting to welcome our ACS counterparts from all corners of the nation to Wisconsin, and inspiring to draw on their energy and to learn about how much ACS Lawyer Chapters are doing coast to coast.

In a packed two days, participants heard from elected leaders and subject-matter experts about how Wisconsin is at the leading edge of some of the most pressing legal struggles facing America. Milwaukee Mayor Tom Barrett kicked the Convening off by greeting convening participants at City Hall, a Gilded Age landmark that, at the time of its construction was America’s third-tallest skyscraper. Through the Great Depression, the New Deal, two World Wars, the Civil Rights Movement, and the conservative ascendancy of the past generation, Milwaukee’s community leaders have gathered in that building to face the challenges of their day. Mayor Barrett invoked that legacy as a fitting reason for ACS, the leading progressive legal network, to be holding its inaugural lawyer convening in Milwaukee.

The next morning began with a panel on impediments to voting rights. Again, Wisconsin provided a lens to discuss voting restrictions, legislative shenanigans, and the deleterious effects on our democracy. The expert panelists—Madison lawyer Josh Kaul, Campaign Legal Center senior legal counsel Danielle Lang, and ACLU voting rights attorney Alora Thomas—addressed a host of topics, from challenges raised against voter ID laws to the recent Supreme Court argument in Gill v. Whitford over the politically gerrymandered map of Wisconsin’s legislative districts; from purges of voting rolls to the accumulated effect of numerous impediments states have erected that depress voter participation. As Kaul noted, this death-by-a-thousand-cuts approach results in a substantial impairment of the franchise and threatens the vitality of our democracy. The keynote speaker at Friday’s luncheon was Illinois Attorney General Lisa Madigan, who delivered enthusiastic remarks on State Attorneys General and their fight to protect people in the current political and legal climate nationally.

Equally important, we all had informal opportunities to meet one another and exchange ideas. This began at City Hall, extended through meals, and culminated in dinner at the Milwaukee Public Market and an after-party at the Milwaukee Ale House on the Milwaukee Downtown Riverwalk. On an unseasonably warm evening, our group spilled out of the bar and onto the Riverwalk deck, talking, laughing, and learning late into the night.

We’re thrilled that the Convening was so successful. We appreciate the ACS staff’s vision—and their tireless work to bring that vision to life. Both of our firms were proud to sponsor this event along with the Brico Fund and Myron M. Cherry & Associates, LLC to make the Convening possible. We’re looking forward to the next ACS Lawyer Convening—and to improved ACS programming informed and inspired by the Convening.