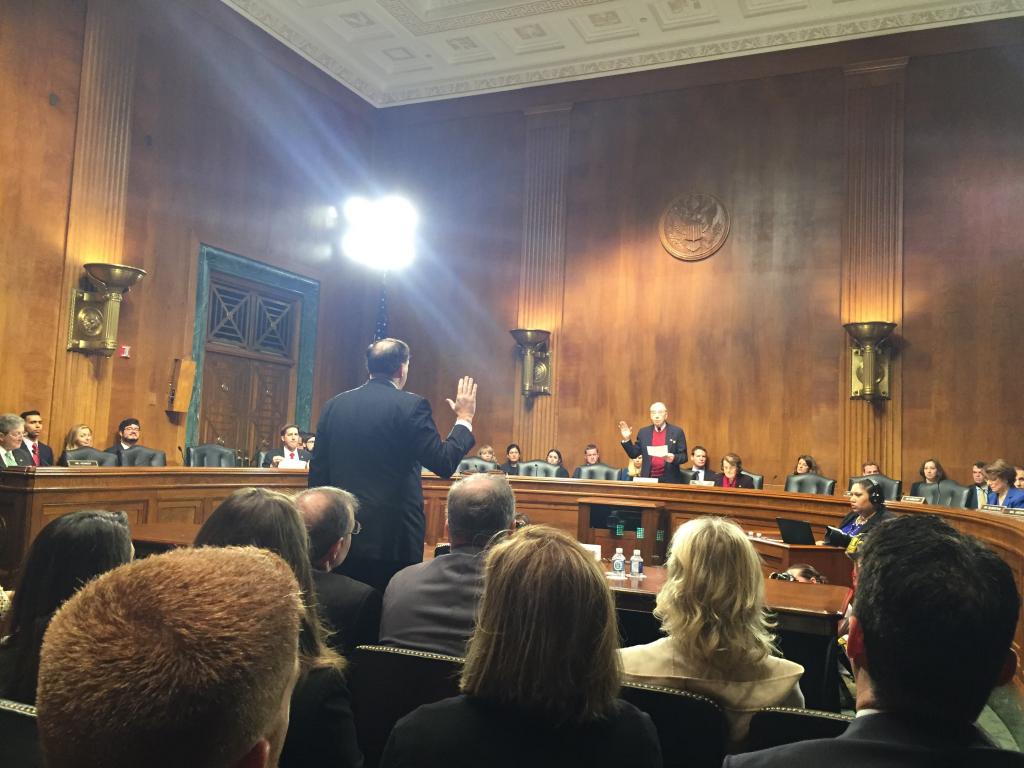 The Senate majority is rushing to fill the courts with unqualified and highly ideological nominees, and destroying long observed bipartisan norms along the way. We have the Senate Majority Leader Mitch McConnell announcing that he will continue to rush these nominees through as long as he possibly can regardless of anyone’s concerns or election outcome. This is the same man who declared his greatest moment was the day that he told President Obama he refused to give any consideration to a U.S. Supreme Court nominee, denying a hearing for 11 months arguing that the people should have a say. Rank hypocrisy doesn’t even cover it.

In the march to consolidate its power, the Senate majority has snubbed the role of home state senators on federal appeals court nominations. By refusing to honor the role of home state senators, the majority has eliminated the last check the Senate has on the White House. The majority has stacked hearings with multiple nominees so there is less time to question them and disregarded the role and importance of White House consultation to reach consensus. Lawmakers have scaled back standards for vetting nominees who, if confirmed, would be responsible for deciding cases incredibly important to all Americans.

This week, the Senate majority promises more evidence of this assault. Senate Majority Leader McConnell has called for votes for six U.S. Circuit Courts of Appeals nominees in the same week. The Senate Judiciary Committee Chair has scheduled a confirmation hearing for a nominee who lacks support from both of his home state senators. These lifetime appointments have a say on every issue we care about. By relinquishing its last check on the President, the majority is seizing the power to transform the courts to achieve a conservative agenda it cannot do legislatively.