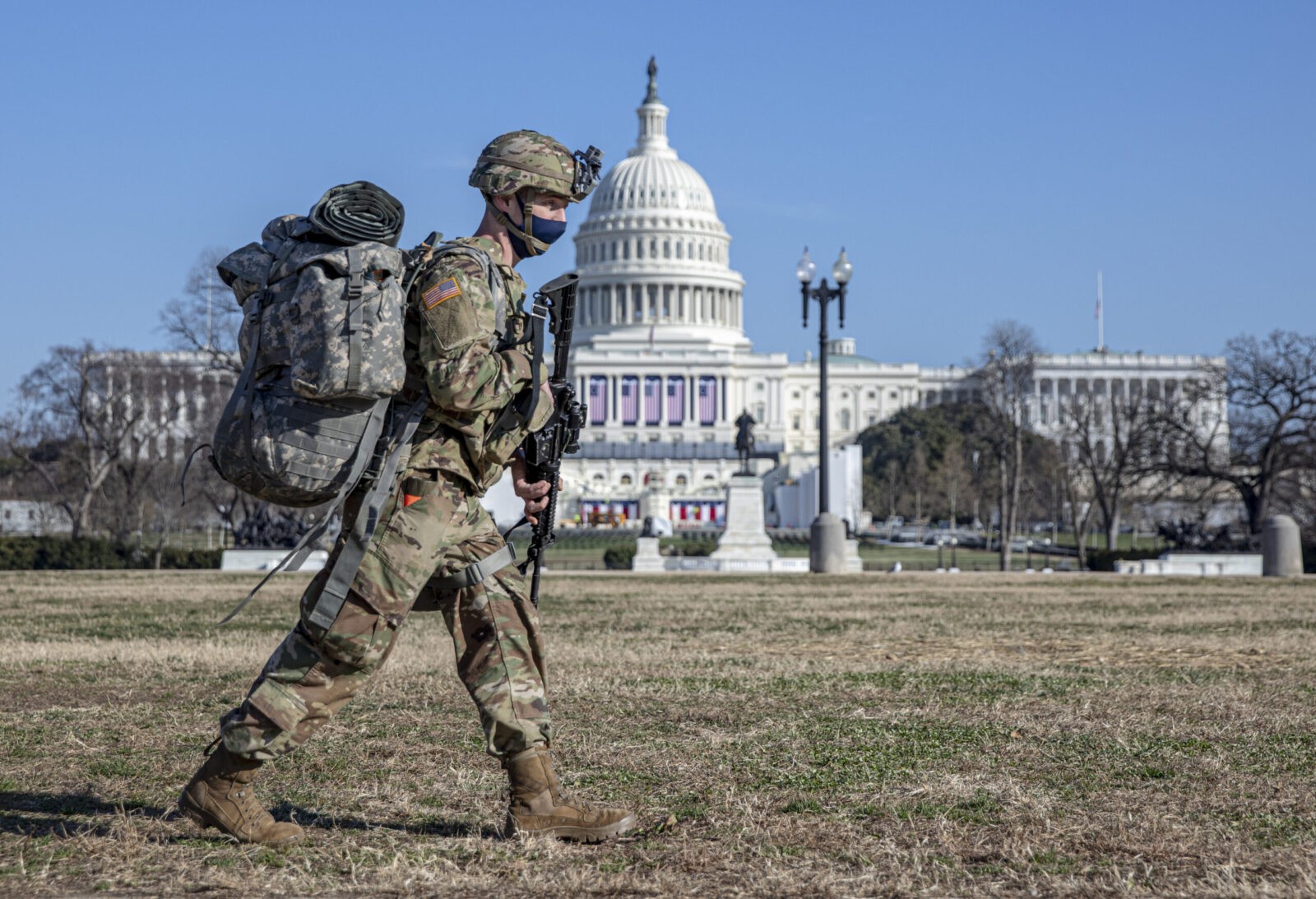 One of the most dramatic failures on January 6, 2021, was the long delay in deployment of the D.C. National Guard (DCNG) to the U.S. Capitol. Although the reasons for the delay remain murky, the solution is clear: Congress should transfer command and control of the DCNG from the U.S. president to the Mayor of Washington, D.C.

The DCNG is the only National Guard organization in the United States that is always under the president’s command. In every other state and U.S. territory, National Guard forces are under local control unless called into federal service. The unique command structure of the DCNG is often mistakenly attributed to the fact that D.C. is not a state. But statehood is not a prerequisite, as evidenced by the fact that Puerto Rico, Guam, and the U.S. Virgin Islands all exercise command and control over their Guard forces. The real explanation is that Congress established DCNG’s command structure in 1889, when D.C. had no local government—a state of affairs that changed fifty years ago.

As a result of this outdated arrangement, if the mayor of D.C. wants to engage the DCNG in any of the ways that other local governments routinely use their Guard forces—such as supporting civilian authorities’ responses to natural disasters, public health crises, or riots—she must obtain permission from the Department of Defense. Under the most straightforward of circumstances, this hurdle would lead to some bureaucratic delay.

On January 6, the conditions were anything but straightforward, and the extent of the delay cannot be explained by mere bureaucracy. According to the Department of Defense’s official timeline and supplemental reporting, D.C.’s mayor and the U.S. Capitol Police requested deployment of the DCNG at 1:34 pm and 1:49 pm, respectively. Yet the Department of Defense did not approve deployment until 4:32 pm and did not convey that approval to the DCNG’s commanding general until 5:08 pm. In the intervening three-and-a-half hours, rioter Ashli Babbitt was fatally shot, and U.S. Capitol Police officer Brian Sicknick was attacked and sprayed with a chemical irritant, contributing to a fatal stroke several hours later. Four other U.S. Capitol Police officers who were on duty during those chaotic hours committed suicide in the days and months that followed.

At the time, I, along with many other observers, speculated that the Department of Defense had dragged its feet in approving the requests for DCNG deployments. As my colleague Joseph Nunn and I wrote, “[I]t seems plausible, if not likely, that the president’s behavior threw a wrench into the decision-making process and delayed the approval. Even if the president did not actively object, lawyers and others in the Defense Department ostensibly had to puzzle through how to proceed in a situation where the Guard’s commander-in-chief was not on board.”

Since then, details have emerged suggesting that the Department of Defense did delay approval—although perhaps not for the reasons many of us originally thought. As described by Ryan Goodman and Justin Hendrix in Just Security, it appears that top Pentagon officials, including acting Secretary of Defense Chris Miller, were concerned in the days leading up to January 6 that President Trump would attempt to use military force to disrupt the certification process. They were determined to prevent this outcome. To that end, they deliberately placed unusual advance restrictions on how DCNG forces could be used on January 6. And when the need for greater DCNG involvement become painfully apparent, they still hesitated, fearing (Goodman and Hendrix posit) that the president would “re-mission” the DCNG once deployed.

Another possible reason for the delay lies in the concerns reportedly voiced by Army officials about the “optics” or “visual” of sending the National Guard to the U.S. Capitol while the presidential election was being certified. At first blush, this might seem a shallow justification, and it could well be a pretext for less benign reasons. But concerns about “optics” in this setting should not lightly be dismissed. In the vast majority of circumstances, Department of Defense officials should be reluctant to send troops under the command of the president to police the certification of a presidential election. They should worry, not only about the potential for actual military interference with the election, but also about creating a public perception of such interference. If military officials were slow to abandon this default wariness, that is arguably a good sign.

We might never know for certain why the delay occurred; indeed, various actors might have had divergent motivations. Whatever the reasons, though, the outcome would have been different if the mayor had command over the DCNG. The Metropolitan Police Department was on the scene within 10 minutes; the DCNG would not have been far behind. And while National Guard forces might look the same whether they report to the mayor or to the president, the “optics”—and the reality—would have been different in one critical respect: the commander of the military operation would not have been the same person whose reelection hung in the balance.

Giving command and control of the DCNG to the mayor would also help to close a glaring loophole in the Posse Comitatus Act, the law that prohibits federal troops from engaging in domestic law enforcement unless expressly authorized by Congress. The Posse Comitatus Act applies to National Guard forces only when they have been called into federal service. But even though the DCNG is always under federal command, the Department of Justice has endorsed the legal fiction that it can operate in non-federal status. That means the president can use the DCNG for domestic policing purposes at any time, without invoking the Insurrection Act or any other statutory authority.

President Trump took advantage of this loophole in June 2020, deploying Guard forces in D.C. to suppress overwhelmingly peaceful protests against the police killing of George Floyd. A future president could stage a similar end-run around the Posse Comitatus Act by using the DCNG to “enforce” federal election law, as he or she interprets it.

Of course, even if default control of the DCNG lay with the mayor, the president would retain the authority to call Guard forces into federal service. On the positive side, that means transferring command and control to the mayor would not interfere with a responsible president acting swiftly to deploy the DCNG in appropriate cases. By the same token, however, mayoral control would not prevent a rogue president from misusing the DCNG—or active-duty federal troops, for that matter—to try to interfere with an election. The Posse Comitatus Act would make such actions more difficult, but it would not entirely foreclose them, given the broad exception provided by the Insurrection Act. Local control, in other words, is not a panacea.

Nonetheless, on January 6, mayoral control of the DGNG could very well have saved lives, while simultaneously mitigating some of the legitimate concerns triggered by a presidential deployment. In the future, mayoral control would expedite Guard responses to more typical local emergencies by eliminating the bureaucratic process of federal approval. And it would limit the president’s ability to use military forces for law enforcement purposes in ways that Congress has not authorized.

With these considerations in mind, lawmakers included a provision transferring command and control of the DCNG to D.C.’s mayor in the House-passed version of the National Defense Authorization Act for 2022 (NDAA). Unfortunately, this provision was stripped from the final compromise version of the bill that was signed into law. But Congress will have another opportunity when it considers the 2023 NDAA this spring. It is time to bring command and control of the DCNG—along with other key pieces of the legal framework for domestic deployment of military forces—out of the nineteenth century, and to recalibrate these authorities to meet the precarious moment in which we find ourselves.

National Security and Civil Liberties, Separation of Powers and Federalism