Presidential Power and Military Justice: A Tradition of Effectiveness Under Strain 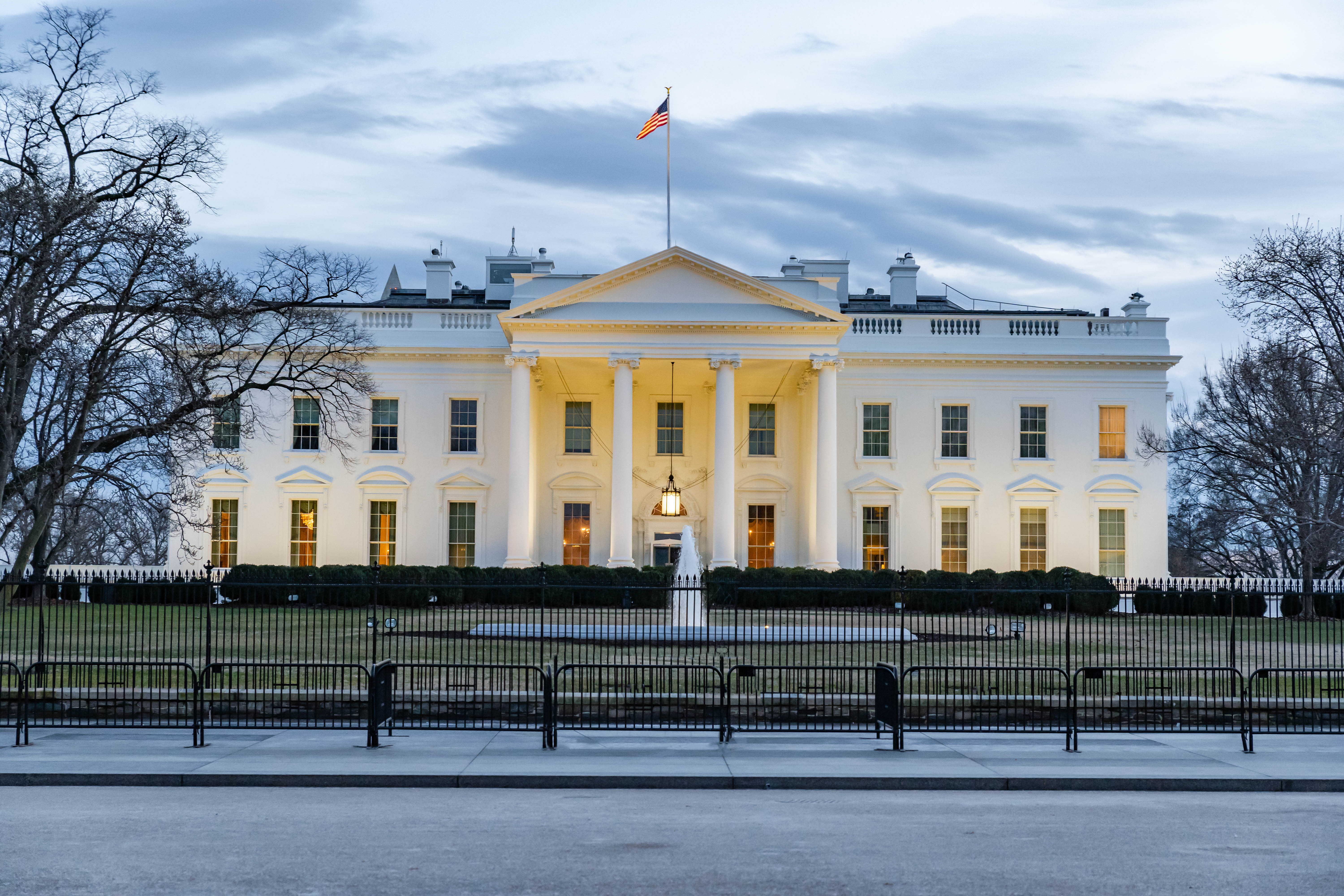 In 1775 General George Washington appointed the first Judge Advocate General in American history. Even before the Colonies declared independence from the Crown, Washington recognized that military law and a mechanism to enforce it would be essential to building the Continental Army. The Continental Congress quickly adopted our first military code – the Articles of War - in large measure a copy of the British Articles of War our early military leaders were familiar with.

Since that time the military law has always played an important part in ensuring the good order and discipline of United States armed forces and the legitimacy of our military operations. Like Washington, the men who drafted our Constitution recognized that military law would be an essential component of ensuring that the armed forces serving the new nation were well-disciplined, and vested Congress with the authority to, “To make Rules for the Government and Regulation of the land and naval Forces.” From 1787 to 1950, Congress exercised that authority by enacting Articles of War for the Army and for the Navy. The term “Articles of War” is somewhat misleading, for it suggests these established rules of war. This was never the case. Instead the Articles of War established offenses applicable to members of the armed forces (and certain other individuals closely associated with the armed forces) and the procedures for trials by courts-martial (military courts) and other disciplinary actions to enforce these laws.

These laws were updated periodically, but it was not until after World War II that Congress set about a major revision. This led to enactment of the Uniform Code of Military Justice, or UCMJ. This unification of laws applicable to all U.S. armed forces included major changes to the range of offenses made punishable and the procedures for courts-martial (other major changes, like the requirement that trials be presided over by military judges and the creation of a robust military appellate process analogous to civilian appellate courts were adopted later). Importantly, Congress delegated to the President broad authority to adopt rules of procedure and evidence and to define maximum punishments for those convicted of violating the UCMJ. However, in one of the most important articles, Congress mandated that the rules of procedure and evidence used for trial by courts-martial should generally be analogous to those used in federal district courts, a provision intended to ensure that military criminal process produced credible and fair results and that military criminal defendants receive fair trials when judged against the touchstone of civilian criminal process.

This delegation of rule-making authority to the President reflects congressional recognition that as Commander in Chief, the President possesses broad and important authority over the armed forces. But this power is not unlimited, especially in the area of military discipline. Instead, the UCMJ reflects an expectation that the President, acting through his or her subordinate military commanders, will utilize the authority established by the UCMJ to promote the pursuit of justice, good order, and discipline. These two interests are not competitive, but instead complementary.  As emphasized in the Powell Report (written several decades ago by a high-level commission established by Congress to recommend amendments to military law), it is a “myth” to consider justice and discipline as competing: “In the development of discipline, correction of individuals is indispensable; in correction, fairness or justice is indispensable. Thus, it is a mistake to talk of balancing discipline and justice-the two are inseparable. An unfair or unjust correction never promotes the development of discipline."Thus, by doing justice commanders enhance genuine discipline. Why? Because the rule of law must define all our military does, whether when engaging an enemy in battle or addressing misconduct within the ranks.

Today perhaps more than ever our military commanders understand this relationship: that by ensuring accountability for violations of military law through a fair and credible disciplinary and criminal process they enhance good order and discipline in the units they command; and by ignoring misconduct or utilizing fundamentally unfair process they undermine that critical foundation of unit competence. Commanders rely heavily on military legal advisors – licensed attorneys who are also commissioned officers and serve as Judge Advocates – to implement this law and their obligations. These officers and the enlisted paralegal specialists and civilians who all make up each Service JAG Corps’ are the product of training and professional development in military law based on years of experience in aiding commanders navigate the complex terrain of military disciplinary action. The established competence of commanders, JAGs, and the process they utilize has led Presidents to almost always defer to this process when addressing even the most highly publicized incidents of military misconduct.

President Trump’s recent forays into the details of military justice and other military disciplinary actions is a potentially dangerous deviation from this longstanding practice. Beginning on the 2016 campaign trail, candidate Trump denigrated the military justice system when he lambasted the financial resources wasted to court-martial Sergeant Bowe Bergdahl, a soldier pending general court-martial for several UCMJ violations resulting from his decision to abandon his combat outpost in Afghanistan. Instead Trump called for his execution as a traitor. These comments were deeply troubling, not only because Trump’s demand violated the most basic notions of due process (not to mention that treason is not even an offense in the UCMJ), but because once Trump was elected president they arguably compromised Bergdahl’s ability to receive a fair trial. The military judge presiding in that case ultimately rejected a defense request to dismiss the charges based on the impact of Trump’s incendiary commentary. But the judge also expressed serious concern about how Trump created the appearance of unfairness and specifically indicated he would take the impropriety of this commentary into account when he decided upon the sentence. Bergdahl’s case is still pending appeal and it is unclear how the military appellate courts will treat Trump’s commentary, but one thing is certain: everyone involved in or familiar with the military justice system recognized how dangerous this type of presidential meddling could be for a system that considered improper command influence a “mortal enemy” to due process and military justice.

More recently, the President has acted to terminate or reverse military justice actions. One case involved Navy SEAL Edward Gallagher who was accused of murdering a wounded and captured ISIS fighter and then taking “trophy photos” with the dead body. From the inception of Gallagher’s criminal prosecution President Trump hailed him as a hero and criticized the decision by his Admiral to prosecute. Nonetheless, the Admiral pressed forward with Gallagher’s general court-martial which ultimately resulted in acquittal for murder (and other serious charges) but conviction for dereliction of duty related to posing with the dead body. The military jury sentenced him to four months’ time served and reduction in rank, but the President intervened and ordered his rank restored. Then, the President intervened again, this time in a routine military personnel action, and directed that the Commander of Naval Special Operations terminate a review to determine whether the court-martial conviction necessitated that Gallagher forfeit his SEAL status.

In two other cases the President pardoned Army personnel convicted by general court-martial for murder while deployed in combat zones; convictions handed down by military juries based on proof beyond a reasonable doubt after full and fair military trials and upheld on appeal. In yet another case he preemptively pardoned an Army officer pending trial on a charge of first-degree murder for allegedly assassinating an Afghan national. While the context of all these killings indicates they qualified as war crimes, it is the consistent practice of the U.S. military to charge such offenses as violations of the UCMJ, in these cases murder. This is in no way intended to minimize the nature of the offenses or to suggest they were not war crimes.  Rather, it is done to avoid complicated legal issues that might arise if the offenses were alleged as actual violations of international law. There should be no doubt, however, that the context of these acts (or alleged acts) of lawlessness – during combat operations – exacerbates the potentially detrimental impact on good order and discipline flowing from these presidential interventions.

These cases reveal the limits of the authority provided to members of the armed forces to engage in violent conduct during armed hostilities, or war. That authority is indeed extensive, as the situation of hostilities justifies many acts of violence and destruction that would be prohibited in peacetime. But the authority is not unlimited. When service-members commit acts of violence that fall beyond the scope of the legal justification provided by the international law of war (also known as international humanitarian law or the law of armed conflict) their conduct is criminal and commanders bear a responsibility to take effective disciplinary measures in response. In many cases, this battlefield misconduct violates a provision of one of four Geneva Conventions of 1949, the only four treaties adopted by every nation including the United States. These treaties impose an obligation to prosecute the most serious violations of the international law of war and to take measures to repress all other violations.

Unfortunately, these cases also reveal the corrupting effect of presidential interventions in the military justice process based on a misguided and poorly informed understanding of the importance of accountability for battlefield misconduct; the very genesis of our military justice system. President Trump’s commentary (asserting that it is illogical and unfair to punish service-members for killing in war after we train them to kill and deploy them to do so) reveals the depth of this misunderstanding. Yes, service-members are trained for and often are required to engage in mortal combat in the fulfillment of their duty. But since the inception of our nation our military (and civilian) leaders have understood that our forces must be both lethal and legal in their actions, and that when violence transgresses the line of legality – even in war – accountability is essential to the preservation of a disciplined force, the honor of our armed forces, and the legitimacy of our operations. While it may be understandable that the President and others are sympathetic to the plight of these defendants – after all they are among a tiny fraction of Americans who volunteer to carry the heavy burden of combat on behalf of our nation – there is a fundamental difference between sympathy and tolerance. By exonerating accused and convicted war criminals, the President unfortunately undermines decades of effort to ensure a solid legal and moral foundation for our armed forces and reinforces the corrosive instinct that war should know no limits.

The constitutional pardon power vested in the President unquestionably extends to granting pardons and/or clemency to military personnel. But as great military commanders learn through the challenging experience of leading forces in war and presiding over military disciplinary actions, just because something is legal doesn’t necessarily mean it is the right thing to do. The crescendo of disapproval to these presidential interventions to nullify the military justice process voiced by experienced commanders, military lawyers and military legal experts (to include this author), and former senior Defense Department officials indicates how unfortunate it is that the President chose to champion the law breakers instead of the system that assessed their conduct and held them accountable. That system is the product of centuries of experience and rooted in history so deep that it predates our very nation. It is something for which Americans can be rightfully proud and deserves our respect.

Geoffrey S. Corn, a Lieutenant Colonel, U.S. Army (retired), is the Vinson & Elkins Professor of Law at South Texas College of Law Houston and a Distinguished Fellow for the Jewish Institute of National Security for America’s Gemunder Center for Defense and Strategy.