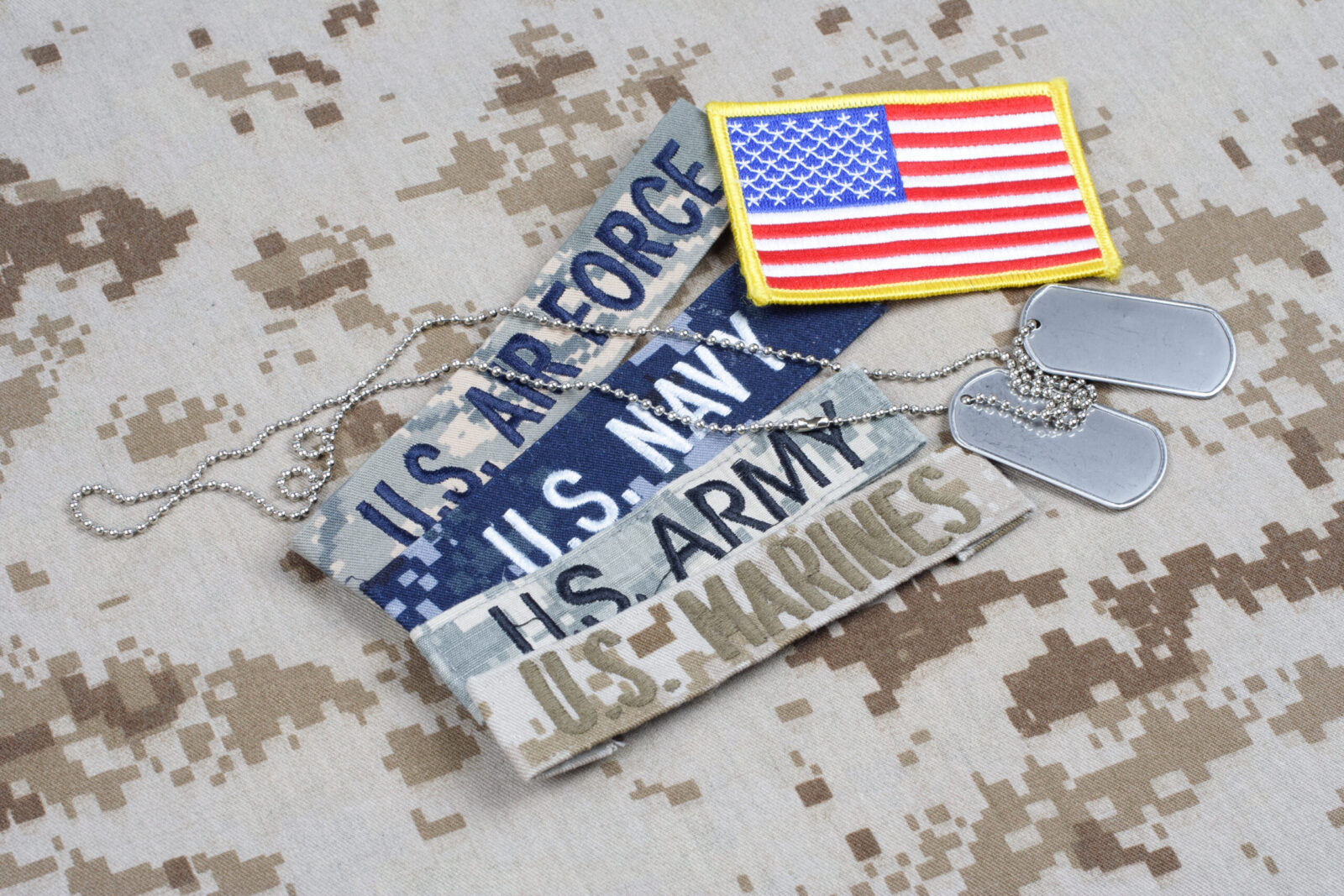 Since 9/11, confidence in the military justice system has eroded, most disturbingly within today’s junior ranks. This shouldn’t be surprising, given that twenty years of combat has strained all aspects of military operations, along with the public’s trust. However, we can’t blame combat for the military justice system’s current problems. Indeed, ills plaguing our modern U.S. military justice system – like that it is slow, bloated, vulnerable to corruption through undue command influence, and overseen by those who lack independence, impartiality and experience – existed prior to 9/11, though far less attention was paid to them outside of periodic scandals. But with a greater number of Americans exposed to the military following 9/11—including more women—coupled with social media and greater Congressional interest in its oversight role, the military justice system receives far more scrutiny today than it once did.

There is little argument about the basic need for a functional criminal justice system for the armed forces that is respected by those in uniform and the nation it serves. Without one, military discipline, morale, and effectiveness suffer, along with national security. Indicia that the current system is dysfunctional include sustained failures to stem sexual assault and harassment within the ranks; disturbing racial disparities in the prosecution of courts-martial and non-judicial punishment; reports of rampant misconduct within the Navy SEALS community; and upended, politicized war crimes convictions (with several former U.S. service members, convicted by their military peers of serious battlefield criminality, lauded as heroes and pardoned by former President Trump, the same commander-in-chief who wanted Sergeant Bowe Bergdahl summarily executed).

Added to this list is international concern that the U.S. military does not appropriately deal with allegations of detainee abuse and other battlefield criminality, as demonstrated by the International Criminal Court’s actions concerning U.S. military (and CIA) conduct in Afghanistan, as well as outrage following the military’s milquetoast response to its 2015 botched airstrike against a Médecins Sans Frontières hospital in Kunduz, Afghanistan.

Even former Secretary of Defense (and retired four-star general) James Mattis, in 2018 strongly urged his military commanders to provide appropriate accountability for service members’ crimes by using the military justice system instead of avoiding it. Mattis wanted more criminal court-martial prosecutions, instead of commanders bypassing the justice system through more expeditious, less transparent and non-criminal processes to administratively discipline or admonish subordinates and, at times, quickly separate them from the service – without appropriate accountability for their alleged crimes. The fact that Mattis made this plea reveals the system’s greatest structural defect:  the fact that senior military commanders control the military justice system and decide who gets court-martialed, and who doesn’t, for all offenses, instead of independent, impartial and experienced prosecutors.

Since 9/11, Congress has responded to one of the symptoms of a diseased military justice system—rampant military sexual assault and harassment—with numerous, incremental reform measures that included both procedural as well as substantive changes. For example, commanders have had their clemency powers greatly curtailed – no longer can a commander set aside an entire court-martial conviction simply because he thinks he knows better than the entire military jury that actually heard from witnesses. Congress also revised sexual assault crimes, plus added new enumerated offenses in the military penal code, such as the crime of retaliation. The most significant reforms, however, have institutionalized victims’ rights in military justice for the first time. These include the creation of special victims’ counsels and advocates, and codification of the right of victims to be heard regarding the disposition of criminal allegations. Victim-centered reform also has included significant changes to the military’s preliminary hearing process, and the addition of mandatory minimum sentences for certain sexual assault offenses.

These reforms, while important, have merely tinkered around the edges. What is really needed is systemic reform that eliminates command control. While the list of necessary incremental reform remaining is long, such as allowing greater access of appeal to the Supreme Court, the key overhaul required is elimination of the central role played by military commanders. Those who maintain and operate our commander-centric system should no longer be allowed to do so. Currently, and since 1775, military commanders (not lawyers) choose whom within their units to court-martial and for what crimes; they also choose the jury members for each prosecution, with little to no accountability for their decision-making along the way. This is King George III’s system in our 21st Century world, despite that many of our allies, including the United Kingdom, have replaced commanders with independent lawyers for dispositional decision-making regarding allegations of serious crimes.

This is not a critique of individual commanders, taxed with meeting our nation’s war-fighting objectives set by civilian leaders. This is a structural observation that military commanders, by virtue of their positions, lack the requisite independence, impartiality, and experience for optimal decision-making when it comes to the prosecution of serious crimes. This doesn’t mean taking away command authority to discipline minor misconduct through non-criminal accountability mechanisms. Removing commanders from criminal justice means that when it comes to sending soldiers to jail with criminal convictions, decision-makers should be impartial, legally experienced, and accountable for their decisions, three attributes military commanders uniformly lack. Indeed, most of the existing military commanders already do not possess authority to court-martial their subordinates for serious offenses; the roughly 140 who do all face inherent  structural conflicts of interest as well as a lack of expertise and certainly of accountability for decisions in this realm.

While Congress is set to soon enact some change, the question is how far will legislators go? The reform measure most likely to pass this year, focused almost exclusively on sexual assault and related crimes, leaves much of the defective commander-centric system in place. While the Senate version of the National Defense Authorizations Act (NDAA) contains a more sweeping overhaul, the House version does not. Instead, the House’s version transfers only the authority to prosecute sexual assault and related offenses to independent military lawyers, leaving all other crimes, including those that carry the death penalty, with conflicted commanders. This sort of half measure is a true failure of courage (so is not changing the composition and selection process of the military jury, and other necessary reform).

Here’s the bottom-line: if we can’t trust military commanders to dispose of allegations of sexual assault because of structural dynamics, why is Congress going to continue to trust them with the disposition of allegations of all other serious offenses, including those that carry the death penalty?

Fundamental fairness demands wholesale structural reform of the military justice system by removing commanders from their central role, though politics and the power of the military in our government make such an overhaul an incredibly tough hill to climb. Courage and vision are required to do right by today’s service members, to help create a military justice system that works as well in reality as it does on paper. While neither are strong hallmarks of today’s political scene (with notable exceptions), nor, as one reads items such as the Washington Post’s The Afghanistan Papers, of some military leaders, hope springs eternal.

Congress is not limited to what is in the pending FY22 NDAA if it wants greater reform. Stand-alone bills like Senator Gillibrand’s bipartisan Military Justice Improvement and Increasing Prevention Act can and should be brought to a vote, along with the equivalent in the House. Perhaps our elected leaders will go even farther than these proposals and see that all allegations of serious crimes, including military ones like desertion and malingering, should be disposed of by those with the impartiality, experience, and requisite independence to handle them. It’s the right thing to do, is long overdue, and is the least Congress can do to honor the many sacrifices made in the long last twenty years of war and help re-build some of our military’s lost legitimacy, both home and abroad.