Obstruction of Justice Case Against Trump Only Scratches the Surface 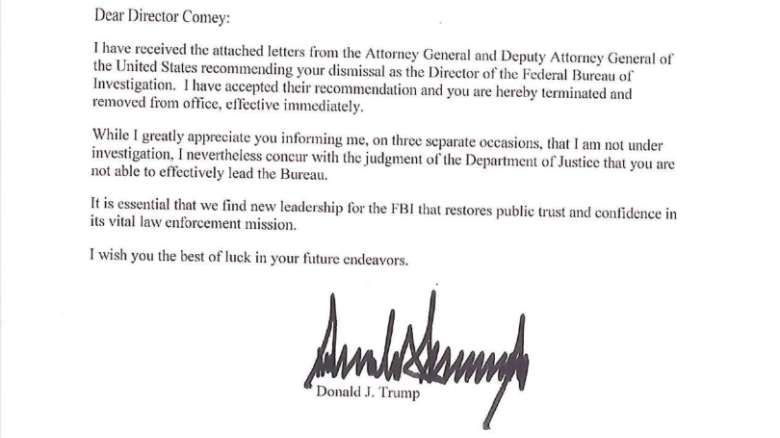 Last week’s comprehensive paper from the Brookings Institution analyzing the case for obstruction of justice against President Donald J. Trump makes a compelling case that the President has violated the law. The report takes a deliberately narrow focus, and it likely just scratches the surface of the investigation being conducted by Special Counsel Robert S. Mueller, III.  Mueller will no doubt want to conduct a complete investigation to learn the broader picture of Russian involvement in the 2016 election, so that if there is a case for impeachment, even the Republican-controlled House of Representatives will be unable to ignore it.

The Brookings paper, produced in partnership with Citizens for Responsibility and Ethics in Washington (CREW), provides an in-depth analysis of the facts known to date. The paper concludes that “the public record contains substantial evidence that President Trump attempted to impede the investigations of Michael Flynn and Russian interference in the 2016 presidential election, including by firing FBI Director James Comey.”  In 108 pages, the report documents some of the key facts that are publicly known that support a conclusion of criminal intent, such as Trump’s asking Comey for his loyalty, clearing the room before telling Comey he hoped that the FBI could let the Flynn investigation go, asking Daniel Coats, Director of National Intelligence, to persuade Comey to stop investigating Flynn, firing Comey, and then providing shifting explanations for the firing.  While additional facts are likely already known and will become known to Mueller as the investigation proceeds, the facts documented in the report alone make a persuasive case that Trump could be charged with obstruction today.

Of course, Mueller has a far broader mandate than just investigating obstruction of justice. As outlined in his appointment order, Mueller’s mission is to probe three things: (1) “any links and/or coordination between the Russian government and individuals associated with the campaign of President Donald Trump,” (2) “any matters that arose or may arise directly from the investigation,” and (3) “any other matters within the scope of 28 CFR 600.4(a).” This last section authorizes Mueller to investigate federal crimes committed to interfere with the investigation, such as perjury or obstruction of justice.

The obstruction charge is likely only a small piece of the bigger puzzle that Mueller is trying to put together.  If Mueller is able to make the case for obstruction, he is not likely to stop there.  For example, some very serious concerns have emerged about the use of social media by Russian interests to influence the election. Mueller’s mandate would certainly include exploring whether Russian actors had any assistance from members of the Trump campaign regarding geographic areas to target and issues to exploit.

In addition, other facts have emerged regarding significant financial ties between Russia and former Trump campaign chairman Paul Manafort. A recent report alleged that Manafort offered in an email message a private briefing on the campaign to a Russian oligarch. Mueller will want to explore potential violations of campaign finance laws, which are designed to keep foreign money out of American elections. He may also be considering charges under the Foreign Corrrupt Practices Act, which makes it a crime to bribe foreign officials.

Other recent reports have alleged that Manafort was the subject of not one but two separate surveillance orders issued by the Foreign Intelligence Surveillance Court. If so, that means that a FISA judge has found probable cause to believe that Manafort was acting as an agent of a foreign power, and that a significant purpose of the surveillance was to collect foreign intelligence information. In addition, other reports allege that a no-knock search warrant was executed at Manafort’s home, meaning that a judge found probable cause that evidence of a crime would be found on the premises and authorized an unannounced raid for exigent circumstances. Far from a witch hunt. Manafort and Former National Security Advisor Michael Flynn may both face possible charges of failing to timely register as agents of foreign governments for their lobbying work, which may give Mueller leverage to induce them to explain other connections between Russia and the Trump campaign.

And of course, there are the email messages in which Donald Trump, Jr., accepted a June 2016 meeting with Russians to obtain disparaging information about Hillary Clinton as “part of Russia and its government’s support of Mr. Trump.” Trump Jr., responded by saying, “If it’s what you say I love it especially later in the summer.”  The meeting was attended by Trump, Jr., as well as two other high-level advisors -- Manafort and Trump’s son-in-law, Jared Kushner. President Trump’s role in drafting a press statement about that meeting raises additional questions about his knowledge of the meeting and offers of assistance from Russia.

Mueller and his team are no doubt chasing down all of these avenues of investigation, and possibly others than are not known to the public.  Obstruction of justice is just one of these avenues.

The Brookings paper argues that the obstruction of justice charges could come in the form of a criminal indictment.  Mueller, however, is required to comply with all Department of Justice policies. Opinions from DOJ’s Office of Legal Counsel written in 1973 and 2000 conclude that sitting presidents cannot be charged criminally. Although the Brookings paper makes strong arguments that these opinions are not legally binding, Mueller is likely to abide by them as DOJ policy. While Trump could be charged once he leaves office, it seems more likely that Mueller would present his findings sooner than that to the House of Representatives for potential impeachment proceedings. It would then be up to the Republican-controlled Congress to decide whether this case of obstruction of justice meets the Constitution’s standards for “high crimes and misdemeanors” sufficient to remove Trump from office. House members may conclude that this obstruction case is not serious enough for removal from office.  There is no court of appeals for their decision.

But, if Mueller can prove that Trump accepted assistance from Russia to win the election, even the Republican House will be unable to vote against impeachment.