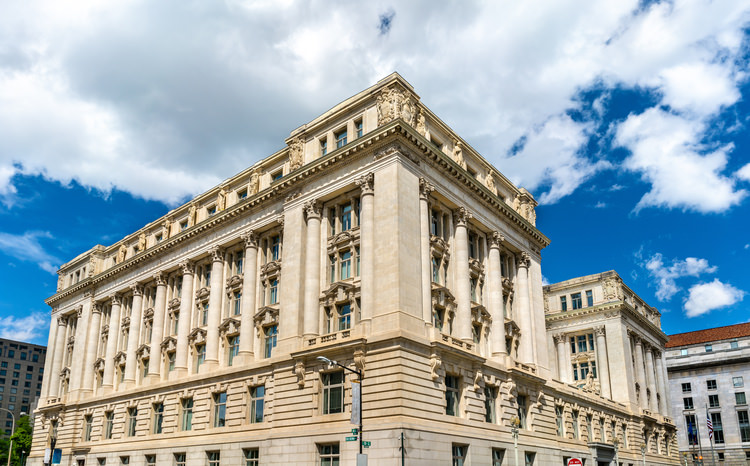 Amid the much-needed and continuing conversation on sexual harassment across the country, my team and I undertook a deeply introspective and forward-looking review of the District of Columbia’s sexual harassment policy.

The Challenge. I hope that our policy and program of trainings, reporting, and remediation inspire action by other cities, corporations, universities, law firms, non-profit organizations, and other governmental employers. Indeed, I challenge other leaders to create a culture of respect, to rearticulate norms against sexual harassment, to empower their workforces to report unwanted and harassing sexual conduct, and to establish effective remedies for sexual harassment. While sexual harassment does not only victimize women, taking strong action to combat harassment will in turn help to empower women, a cause near and dear to my heart.

On December 18, 2017, I signed an updated Mayor’s Order on sexual harassment that clearly defines sexual harassment, reporting, protections, defenses, and available training. While grounded on principles found within the District of Columbia Human Rights Act of 1977, this new policy is in line with current laws, technology, culture, and workplace dynamics. All District Government employees have received a copy of this policy and clear guidance that sexual harassment is strictly prohibited in District government.

Start with Norms. It’s the job of all leaders to articulate norms and values. Simply put, the District government does not tolerate any form of sexual harassment in the workplace. Sexual harassment is recognized as one of the most unjust, demeaning, and demoralizing examples of workplace misconduct. Sexual harassment violates our values; we take all claims of harassment seriously; and we remain committed to providing a safe working environment for all employees. Our new policy will assure our team members that we value their commitment to public service and make clear that if they are sexually harassed, we will do right by them.

Embedding Anti-Sexual Harassment Policy in A Culture of Equality and Respect. The best preventative measure to combat sexual harassment is for the workplace to be a place of respect for all persons, at all times. We seek to serve the residents of the District of Columbia, a mission that is compromised whenever and wherever sexual harassment occurs. Sexual harassment disrupts workplaces, distracts people from their work, and drives good workers from the workplace. Vigilance against sexual harassment is required from all of us – employees, supervisors, legal counsel, human resource officers, all the way up to me and the head of any organization. Our new policy is embedded in a deep culture of respect for women in the workplace, human rights for all, and a commitment to continuously improving equality and opportunity for all persons.

Throughout my administration and across the District, we have promoted equality and opportunity for our employees and the residents and visitors we serve. I’m proud that the Mayor’s Office of Talent and Appointments, the office through which I make executive appointments and appointments to boards and commissions, recruits talent equitably, not only along gender lines, but also across a range of other domains such as sexual orientation, race, and ward of residence. Our department of Human Resources has leaned into deeper causes of pay inequity and we now ban setting pay in the District government based on past salaries, a practice shown to compound pay inequity for women. The Department of Forensic Sciences, headed by Dr. Jenifer Smith, recently eliminated the backlog in testing rape kits – a win for women’s equality in criminal justice. Our human rights law encompasses a much more comprehensive list of protected classes than federal law enumerates; some of these protected classes overlap with and reinforce our laws against sexual harassment, as for example, by banning discrimination based on sexual orientation, gender identity or expression, and personal appearance. Laws and practices like these, spanning the work of government, work in harmony to create a culture of respect that should reduce sexual harassment in the workplace. I often say and I truly believe that we are not strong simply because we are diverse, but because we embrace our diversity and work together to ensure our workplace is safe and respectful for all.

Defining Quid Pro Quo and Hostile Environment Sexual Harassment with Examples. Thanks to the #MeToo movement, everyone should know that sexual harassment can take many forms. We also know that victims have often been silenced, felt ashamed to say they had been harassed because they felt they did something wrong or feared retaliation. My Mayor’s Order lists numerous examples of conduct that can constitute sexual harassment – providing clear warning to people of what conduct is over the line, and empowering victims to name what they have suffered as sexual harassment. Importantly, it also provides that conduct that once was welcome can become harassing and unwelcome, and that if someone says stop, it means stop. If someone has gone out to dinner with a boss, such acceptance of an invitation does not mean she or he has consented to a sexual encounter, and if she or he says no, no means no.

The law in this area has developed over the years, and continues to develop. While we cannot expect all employees to keep up with the various fact patterns where courts, mediators, and human resources and human rights departments have found practices to constitute sexual harassment, we can ensure that established legal findings are integrated into our policy. For instance, courts have long recognized that even when a workplace relationship is consensual, the workplace still may be infected with sexual harassment. If a “paramour preference” is given to someone in a sexual relationship, to the detriment of someone else, the workplace may be tainted with sexual harassment. Our policy directly addresses this legal issue and lists paramour preference as a type of conduct that may constitute sexual harassment. Colleagues should feel comfortable lodging a report that the best projects or promotion opportunities have gone to the romantic partner of the supervisor.

Government of course interacts with the public at every stage, and the policy informs employees that they cannot sexually harass members of the public, or contractors, or grantees; by the same token, they are protected from sexual harassment by such persons. Enduring sexual harassment, simply put, is not part of government service.

Trainings, Investigations, Consequences. We are requiring that all 30,000-plus District Government employees complete, and be tested on, an interactive, online sexual harassment training immediately; that all new employees have sexual harassment training as part of the on-boarding process; and that each employee take a refresher course every two years. We are mandating advanced in-person training for supervisors, and conducting special trainings for our agency general counsels.

Procedurally, my new policy requires each agency to have a dedicated individual competent in Equal Employment Opportunity laws to review, investigate, and report findings of sexual harassment claims within 60 days of a claim being made. The reporting procedures detailed in the new guidance go through individual agencies, their General Counsels, all the way up to the Mayor’s Office of Legal Counsel. No agency reporting to me can sweep allegations of sexual harassment under the rug. Only with centralized reporting of allegations will we be able to understand whether we have problem employees, problem departments, or problem agencies. Allegations of sexual harassment may continue to be resolved at the agency or department level, but without centralized reporting, we could lose track of important trends.

As I write this, posters are going up in workplaces throughout the government, letting employees know where they can report sexual harassment. Employees have options as to where to make reports. When reports are made to the agencies, they will take timely action to review, and if necessary, remedy the situation. The new and clarified agency processes do not change the current legal right for victims to file a claim with the Office of Human Rights or in court.

As the #MeToo movement has demonstrated, many victims had no place to turn or did not understand the process for seeking redress. I expect that as a result of the expanded awareness, trainings, investigations, and personnel actions, milder examples of unwelcome behavior will be called out and workplaces will be less coarse. We’ll be sure that what’s “fun” for some is actually fun for all. Perpetrators of serious or repeated acts of sexual harassment will lose their jobs.

Due Process. The policy is fair to those accused of sexual harassment. They have a chance to respond to allegations. They can have counsel or representation. Employees at the brink of being fired for some non-discriminatory reason cannot cry “I’m being sexually harassed!” and keep their jobs; nor can someone be fired without an investigation and a finding. Investigations are kept confidential – for everyone’s sake – to the greatest possible extent.

Call to Action. Let’s take this cultural moment to build on the momentum of Facebook posts, the brave telling of personal stories for the first time, hashtags, and the dramatic visual spectacle of the black ball gowns at the Golden Globe awards. Leaders, I challenge you to refresh your policies, re-articulate your norms, and establish clear procedures for reporting. Make sure you’re doing what you can to make our work environment places of respect, free from sexual harassment. Lawyers at ACS, can you ask your clients whether they’ve updated their sexual harassment policies, trainings and procedures? Can you offer to help? Let’s translate well-deserved cultural rage into long-lasting change.