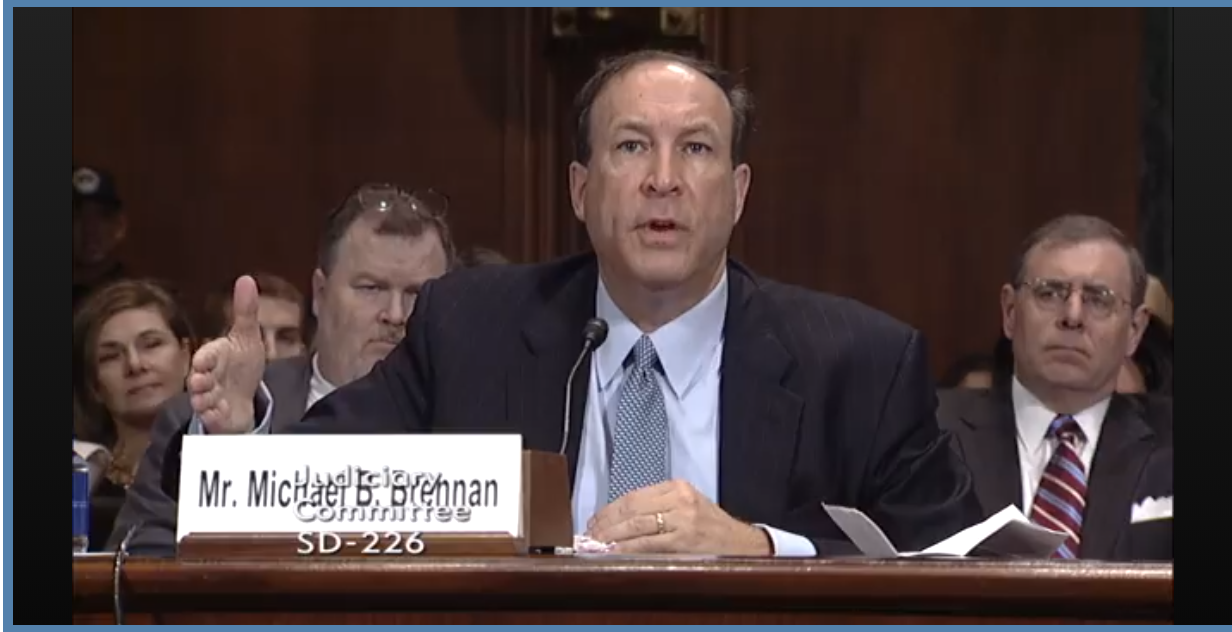 Leading up to the federal government shutdown, the judicial nominations process further broke down.

For the second time, Senate Judiciary Chair Chuck Grassley, R-Iowa, advanced a nominee without support from a home-state Senator. He scheduled a confirmation hearing on Jan. 24 for Michael Brennan, who President Trump nominated to a seat on the 7th Circuit Court without even consulting with the home-state Senator Tammy Baldwin, D-Wis.

Traditionally, the Chair of the Senate Judiciary Committee would only plan hearings for nominees who have the support of both of their home-state Senators. These two Senators turn in a blue sheet of paper, known as a blue slip, to the Chair as an indication of their approval for a candidate. With few previous exceptions, the Committee holds hearings for judicial nominees with blue slips.

In this case, adherence to the blue slips policy created a seven-year vacancy on the 7th Circuit Court, the longest empty seat in the country. During the Obama Administration, two prior candidates for this seat, Donald Schott and Victoria Nourse did not proceed because Senator Ron Johnson, R-Wis., withheld his blue slip.  In Brennan’s case due to abuses in the confirmation process over the years, Senator Baldwin is not returning her blue slip.

Ironically, Brennan, the judicial nominee without a blue slip from his home-state Senator, was previously a champion for this Senate tradition. In a co-authored opinion piece in 2011, Brennan pleaded for this norm to be respected for Senator Johnson when President Obama nominated Nourse to the same seat he now stands to fill. He stated:

The answer to these questions is that Nourse's nomination has not garnered the broad-based support it needs, so no one has made it a priority. Some of her supporters now rush to point fingers and assign blame to a senator who just wants to be heard and fulfill his constitutional duty of "advice and consent." Why can't Johnson, elected by the citizens of Wisconsin, participate in the selection of a judge for a Wisconsin seat on the 7th Circuit, as Kohl did?

During the Obama Administration, Brennan was not alone in his desire to protect blue slips. Notably in 2015, Chairman Grassley penned an op-ed, advocating for this part of the confirmation process:

[The blue slip] tradition is designed to encourage outstanding nominees and consensus between the White House and home-state senators. Over the years, Judiciary Committee chairs of both parties have upheld a blue-slip process, including Sen. Patrick Leahy of Vermont, my immediate predecessor in chairing the committee, who steadfastly honored the tradition even as some in his own party called for its demise. I appreciate the value of the blue-slip process and also intend to honor it.

[The elimination of the blue slip tradition] would weaken the collaboration between the president and the Senate, further politicize the confirmation process, and ultimately produce a more politicized federal judiciary.

I sincerely hope that the majority will not continue to sacrifice the good of the Senate and the good of the country simply to serve short-term political interests. I’m glad Chairman Leahy has preserved the blue slip process. It should stay that way.

Refusing to respect Senator Baldwin’s blue slip and role in the process dismisses long-standing norms and ignores her constitutionally mandated role. As Brennan notes, “[judicial] neutrality comes from applying the same procedures to all.”

If we all agree that the Senate Judiciary Committee’s nominations process is integral in maintaining the integrity of the federal judiciary, why not keep it?