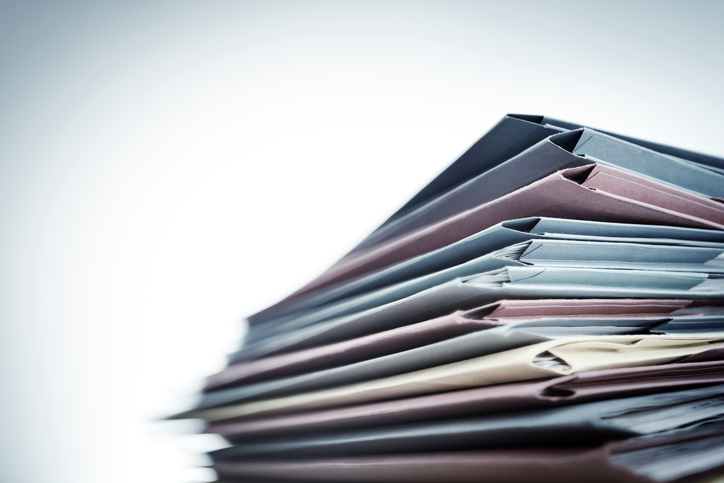 *This is part of ACSblog's Symposium on Whistleblowers.

On March 28, 2018, FBI agent Terry Albury was charged under the Espionage Act with leaking classified FBI policy manuals to The Intercept that describe the FBI’s use of race and religion to decide who to investigate and surveillance tactics used to obtain journalists’ phone records without a judge-issued warrant or subpoena. Albury is the Trump Administration’s most recent target in their mission to prosecute so-called leakers. Reality Winner, an NSA contractor and the first person charged by the Trump administration with leaking classified information to the press (again The Intercept), is in jail awaiting trial for sharing a classified report about Russian cyberattacks executed to interfere with the 2016 presidential election.

But we should not call Winner and Albury leakers. They are whistleblowers.[1]

The term leaker, when used by those in political power, is often used to imply any person releasing unauthorized information is doing something wrong and possibly criminal. Referring to legitimate whistleblowing as leaking gives cover to actions that support the rhetorical implication that such speech is something unlawful rather than protected.

In Albury and Winner’s cases, as members of the intelligence community, things are more complicated.

Whistleblower protection laws, though an imperfect patchwork of protections, seek to encourage disclosures of evidence of wrongdoing by offering protections from retaliation (and in some cases, to those who would disclose financial fraud, a potential financial reward for reporting violations). The whistleblower patchwork is overwhelmingly an employment law scheme, reflecting the fact that employees are in the best position to witness problems, promote compliance, and facilitate enforcement.

The Whistleblower Protection Act (WPA) of 1989 (amended by the Whistleblower Protection Enhancement Act (WPEA) of 2012) is the primary law that gives non-intelligence federal workers the right to report serious wrongdoing. The WPA extends protection from retaliation to employees for disclosing information both internally, such as to co-workers, managers, an agency Inspector General, etc., as well as externally, such as to Congress, regulators, watchdog organizations, and the press. That both internal and external disclosures are protected recognizes that to promote the normative and instrumental value of encouraging employee disclosures, laws should address the two (unfortunately legitimate) reasons employees stay silent in the face of wrongdoing: fear of reprisal and fear of futility, or that nothing will come from speaking out. Though most employees raise concerns internally first—over 95%—they will go outside of the organization if they feel the issue must be addressed and that internal disclosures will be ineffective and/or be met with reprisal.

The WPA and WPEA (which were, like all federal whistleblower laws, passed with bipartisan, unanimous congressional support) articulate a useful standard to evaluate the content that would rise to the level of a protected whistleblowing disclosure: information an employee reasonably believes evidences a violation of law, rule or regulation; gross mismanagement; gross waste of funds; abuse of authority; a substantial and specific danger to public health or safety; or scientific censorship that would result in these forms of misconduct.

All of the disclosures by the “leakers” prosecuted above would likely meet the standard of wrongdoing categorized in the WPA deemed essential to protecting the public’s interest in accountable government— FBI investigation practices that could violate civil rights and liberties; foreign interference with U.S. elections; unconstitutional electronic surveillance of American citizens; and illegal torture. In other words, the leaking also constituted whistleblowing.

Whistleblower protections for intelligence community employees are notoriously weak, and even weaker for intelligence contractors. Avenues for disclosure too are limited, often only to the agency responsible for the alleged wrongdoing, with evidence that sometimes with those charged with investigating concerns instead investigating and retaliating against the whistleblower. Penalties are severe and there is no public interest defense available to whistleblowers charged with releasing classified information (in contrast to many other democratic countries).

But the absence of meaningful legal protections or safe, effective avenues for disclosure reveals a hole in the legal patchwork of whistleblower protections, not that the disclosure itself is not the kind that is essential to ensuring that democratic institutions—Congress, the courts, executive branch agencies, the press, civil society, and a concerned electorate—promote accountability.

This is why Albury, Winner, Snowden, Drake and Kiriakou should be considered whistleblowers.

Whistleblowers by the very nature of raising a concern are making “unauthorized” disclosures, but this is a legally protected right. Further, in a dysfunctional political environment hostile to truth and truth-tellers, many federal employees will raise concerns externally, often attempting to keep their identity anonymous to try to avoid reprisal while seeking effective reform through the media or an advocacy group. But to call this activity “leaking” rather than “whistleblowing” may give pause to the career civil servant who has witnessed serious misconduct but may feel both confused and chilled by the frightening rhetoric. By conflating “leaking” with “whistleblowing,” those who stand the most to lose by having their abuses disclosed are deliberately undermining both the normative value of whistleblower protection laws and policies as well as their practical effectiveness by chilling rather than encouraging disclosure.

The rhetorical move legitimizes illegitimate tactics being used to silence employees, such as anti-leak training being ordered for all federal employees, not just those in the intelligence agencies; directives ordering employees to seek pre-approval by legal affairs or public information offices before speaking with any outside parties; nondisclosure agreementssigned by white house staff barring lifetime release of “confidential” information; posters hung in the Department of Energy reminding employees that “Every Leak Makes Us Weak;”environmental agencies barring employees from speaking at conferences referencing climate change; heightened review of FOIA requests submitted by journalists or public interest watchdogs, possibly to ferret out potential internal sources (the tactic used by the FBI to identify agent Albury through The Intercept’s FOIA request); and Secretary of Education Betsy DeVos seeking guidance on her suggestion to prosecute employees who release unclassified budget documents to the press.

Most of these moves are illegal and unenforceable on a range of grounds. But in the aggregate, they create a powerful chilling effect on speech of public interest concern—protected whistleblowing—under the guise of combatting “leaks.”

Admittedly, the leaking v. whistleblowing distinction is indeed complicated in the national security context, and there has been substantial and excellent analysis on the issue by many terrific legal scholars, including Heidi Kitrosser, Mary-Rose Papandrea, David Pozen and others. However, weaknesses in legal protections and effective avenues for disclosure of classified matters of serious public concern (not to mention the well-documented problem of over classification that exacerbates the issue) have created the conditions that allow those in political power to exploit the few but graphic examples of national security whistleblowing as “illegal leaking” to chill whistleblowing in other contexts.

In a political climate where corruption and secrecy rather than honesty and transparency are the norm, whistleblowers are needed more than ever. Efforts to undermine our flawed but nonetheless essential laws that encourage whistleblowing must be exposed and confronted for the deliberately disparaging and dishonest rhetoric, indeed propaganda, that they are.

Dana Gold is an attorney and the Director of Education for the Government Accountability Project, a national non-profit law organization that promotes government and corporate accountability through litigating whistleblower cases, publicizing whistleblowers’ disclosures and developing legal reforms.

[1] Other famous intelligence whistleblowers similarly labeled as “leakers” include Edward Snowden, whose disclosures to The Guardian of the NSA’s mass surveillance of U.S. citizens’ electronic communications made him the most high profile “leaker” since Daniel Ellsberg’s “leak” of the Pentagon Papers to the New York Times; Thomas Drake, whose internal and external disclosures about unconstitutional mass surveillance (none of which, despite aggressive prosecution efforts, included unclassified disclosures to the press) preceded Edward Snowden’s and informed his decision to “leak” in the manner he did; and John Kiriakou, who, after revealing on ABC News that the CIA had an official torture programthat included waterboarding, was jailed for revealing the name of a covert agent to a reporter (no one who actually conducted torture, issued the policy, or destroyed evidence of the illegal practice was prosecuted).