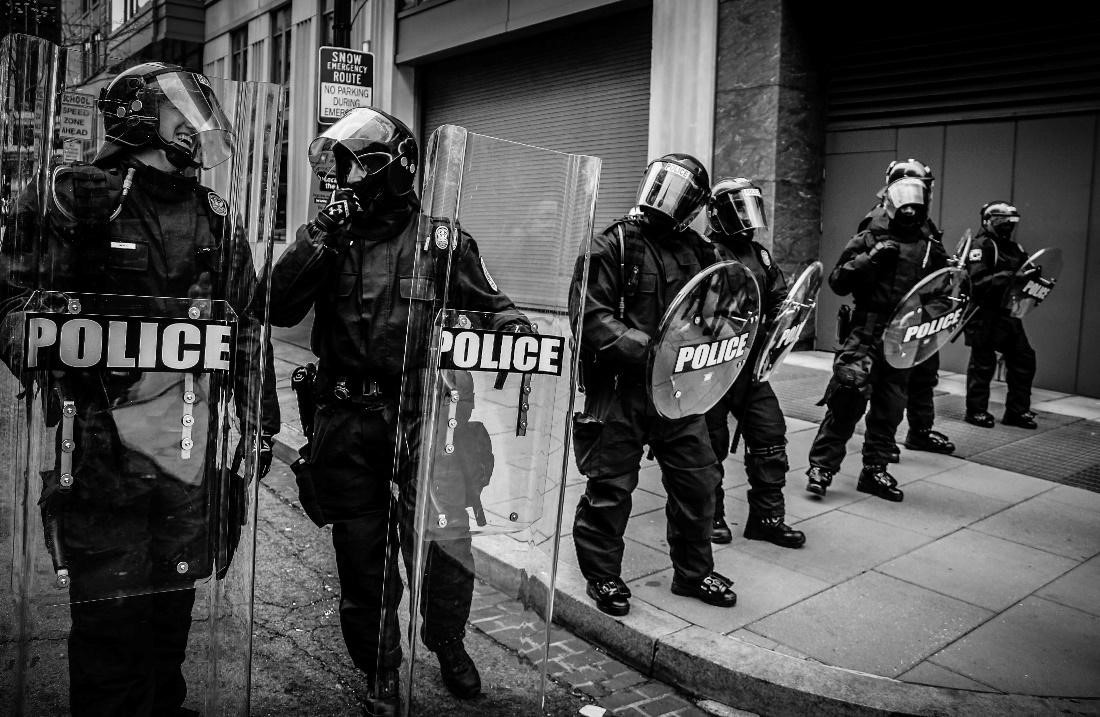 Last month, a retired therapist (with no legal background) with whom I’m friends said that she was writing to Congress to ask that they “eliminate the qualified immunity defense.” Everyone has been talking about qualified immunity, including Congress.  On June 25, 2020 the House passed H.R. 7120, the “George Floyd Justice in Policing Act.” The Act is intended “to hold law enforcement accountable for misconduct in court, improve transparency through data collection, and reform police training and policies.”  Qualified immunity seems to encapsulate the problem with police misconduct – police can violate the constitution, but they do not have to pay for their misconduct.  So, if one is concerned about police misconduct, eliminating qualified immunity seems an obvious way to increase police accountability.

The Supreme Court first outlined qualified immunity in Harlow v. Fitzgerald.  There, the Court held that “government officials performing discretionary functions generally are shielded from liability for civil damages insofar as their conduct does not violate clearly established statutory or constitutional rights of which a reasonable person would have known.”  The Court reasoned that “[i]f the law was clearly established, the immunity defense ordinarily should fail, since a reasonably competent public official should know the law governing his conduct.” As the Court later explained, a right is clearly established when it is “sufficiently clear that every reasonable official would have understood that what he is doing violates that right.”  While this may sound like a relatively straightforward test, it is anything but.

There is so much wrong with the qualified immunity defense.  Circuit courts are split on whether district courts and other circuits can make “clearly established law.”  The Supreme Court has offered mixed guidance on the effect circuit splits have on the doctrine.  And these are just a few of the substantive problems.  Qualified immunity is a proceduralist’s nightmare.  Courts regularly require plaintiffs to bear the burden of proving the law was clearly established.  This practice contradicts the basic rule that defendants bear the burden of proof on affirmative defenses and ignores the fact that evidentiary burdens are irrelevant to questions of law.  Defendants can make an interlocutory appeal if they are denied qualified immunity.  And the Court has advised lower courts to decide qualified immunity on summary judgment before discovery, which, in many respects seems to ignore the purpose of summary judgment --- to determine whether there is sufficient evidence to necessitate a trial.  Finally, as Sina Kian, a constitutional law scholar recently noted, qualified immunity “has no basis in the text of section 1983” and “there is scant support in history or common law for so robust an immunity.”

All of this suggests there are very good reasons for eliminating the qualified immunity defense. However, the appearance of federal law enforcement officials in Portland and President Trump’s promise to deploy “more federal law enforcement” officials suggest we may have a much bigger problem.  Traditionally, police accountability and reform has focused on local police officials.  It is becoming increasingly clear we should be equally, if not more, concerned about federal law enforcement officials and whether they too will be held accountable for constitutional violations.  There is no question that the federal officials can violate the constitution, they can be sued for these deprivations through Bivens actions, and that they can claim qualified immunity. 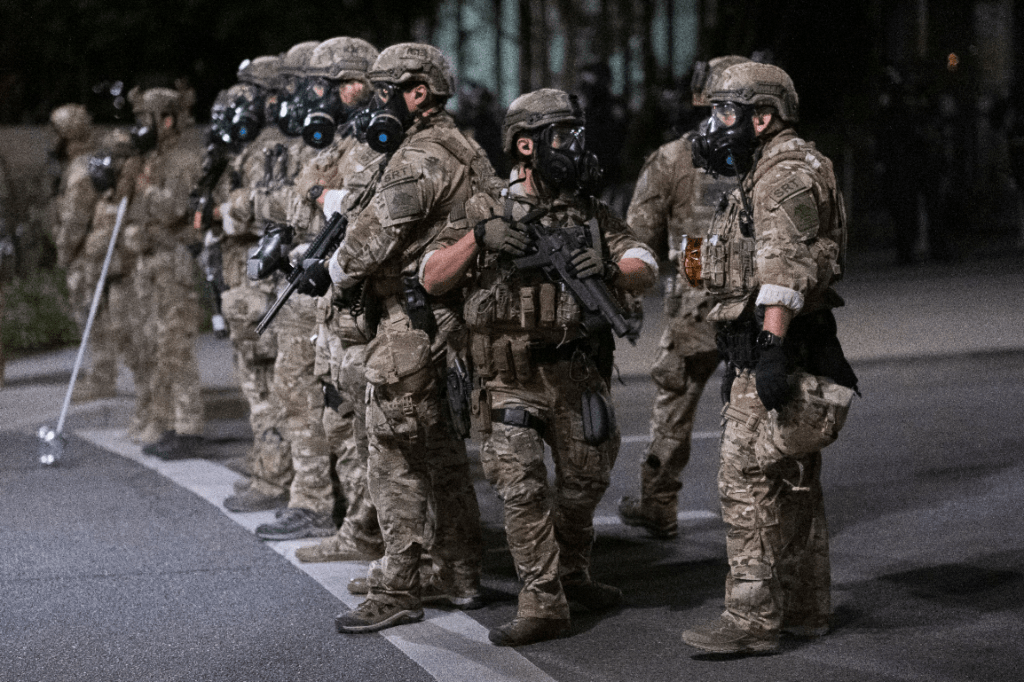 Clashes between protestors and law enforcement officials following the killing of George Floyd have shown how difficult it can be to distinguish law enforcement officials from one another in the protest context.  As a practical matter, because so many officials are present during protests, it is difficult to know who among many fired the rubber bullet, released the tear gas, or swung the baton that injured the putative plaintiff.  And even if one saw the individual, riot gear and SWAT team uniforms often make it impossible to identify the officer. This problem is only compounded by missing or covered badges numbers.  As Attorney General Bar stated, “in the federal system, we don't wear badges with our name -- I mean the agents don't wear badges and their names and stuff like that, which many civilian police ... agencies do.” The U.S. Customs and Border Protection Acting Commissioner explained that this was an intentional decision to conceal the identities of agents because protestors, who he dubs as “violent criminals[,] use this information to target them & their families, putting both at risk.”  Similarly, there are reports from around the country that local officials policing protests covered their names and/or badge numbers.

Portland, Oregon exemplifies the problem of anonymous law enforcement officials.  Earlier this month reports emerged of masked agents wearing camouflage patterns usually donned by Army officers “patrolling areas of Portland—and conducting arrests by scooping suspects up into vans.”  Initially, people had no idea who these law enforcement officials were.  President Trump has since taken credit for sending agents from the Department of Homeland Security to Portland to protect federal property.  More troubling, Trump is considering sending federal agents to other cities “run by very liberal Democrats.”

Not only are unidentified federal officials policing American streets, but there are allegations that their tactics are depriving civilians of their constitutional rights.  Last month, Oregon’s attorney general filed a suit against several federal agencies and “unnamed individual officers” alleging federal officials’ tactics deprived detainees of due process.  The Western States Center (WSC), a Portland-based civil rights organization, filed a federal lawsuit against the Department of Homeland Security (DHS), the US Marshals Service (USMS), Customs and Border Protection (CBP), and the Federal Protective Service (FPS) alleging the “the administration’s actions are unconstitutional” and have “deprived Portlanders the right to protest peacefully.”  Additionally, last week, “two groups and five individual plaintiffs” filed a complaint against various federal agencies alleging “federal officials deprived protesters of their constitutional rights to free speech, free assembly and due process, and their freedom from unreasonable seizure.”

The purpose of the George Floyd Justice in Policing Act is to hold law enforcement officials accountable.  One implicit goal of Section 102 is to increase the likelihood that law enforcement officials --- regardless of whether they are local or federal --- will be accountable to the persons they injure.  To this end, legislators are right to eliminate the qualified immunity defense.   But doing so is largely futile if law enforcement officials can hide behind masks and shields. Anonymity offers officials a new, more powerful form of immunity.  You can’t sue someone when you don’t know who they are.  And although federal police are withdrawing from Oregon, we must ensure that anonymity does not replace qualified immunity as a shield to liability.