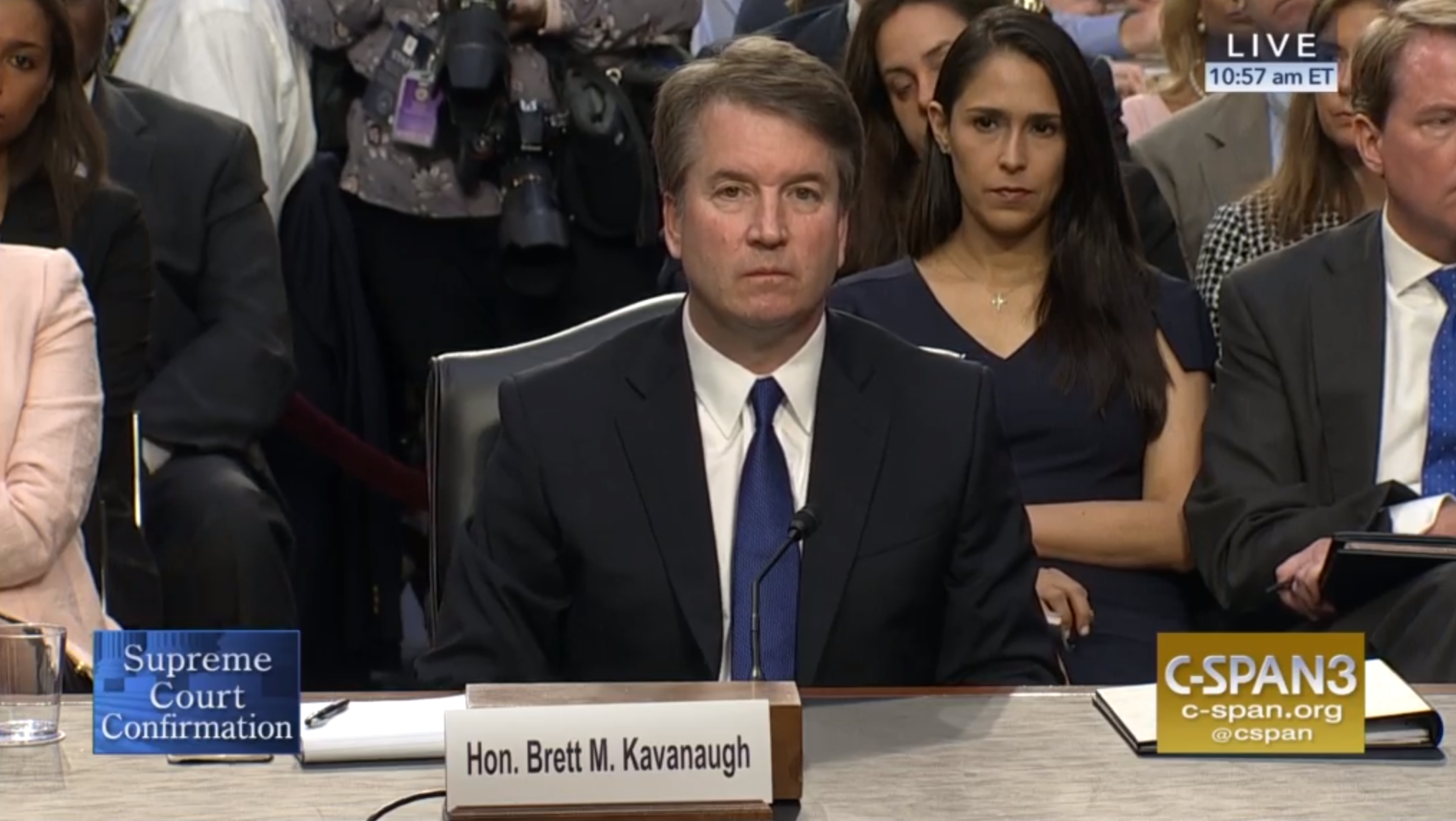 Recently disclosed emails from Judge Brett Kavanaugh’s time working in the Bush White House appear to show him commenting on a landmark LGBTQ rights decision issued by the Supreme Court. These emails are a reminder why those who support robust individual liberties under the Constitution should oppose Kavanaugh’s nomination to the Supreme Court.

On June 26, 2003, Kavanaugh sent a cryptic email to other White House staffers saying: “read next to last sentence of Kennedy opinion.” On that day, in an opinion written by Justice Anthony Kennedy, the Supreme Court issued a groundbreaking decision in Lawrence v. Texas, which struck down Texas’s criminal ban on sodomy. The next to last sentence of his opinion read: “As the Constitution endures, persons in every generation can invoke its principles in their own search for greater freedom.”

From the limited documents released from Kavanaugh’s years in the White House, we cannot know for sure that he was referring to Justice Kennedy’s opinion in Lawrence. Nor can we know why he was flagging the next to last sentence in that opinion.

But everything we know about Judge Kavanaugh’s record indicates that he is ardently opposed to the approach to expansive personal freedom articulated in Lawrence by the very justice he’s been nominated to replace.

There have long been two competing jurisprudential approaches to recognizing individual liberties protected under the Constitution. The first approach applies liberty to fit the context of modern society, yielding greater protection for individual dignity and self-autonomy from government intrusion.

That’s what Justice Kennedy did in Lawrence to recognize a right to sexual intimacy for gay and lesbian people. And it’s also the doctrinal approach that has produced landmark decisions protecting a sphere of personal and intimate decision-making, such as the right of parents to direct the education and upbringing of their children, the right to use contraception, the right to abortion, and the right of same-sex couples to marry.

The second approach to individual liberty argues for limiting constitutionally-protected liberties to only those rooted in the nation’s history and tradition. That approach was used in 1986 to reject a right to sexual intimacy for gay and lesbian couples—a decision overruled by Lawrence.

It’s also an approach that has been wielded by the dissenters in a number of abortion cases. In cases like Roe v. Wade and Planned Parenthood v. Casey, Chief Justice William Rehnquist and Justice Antonin Scalia issued dissents arguing that the right to abortion had no constitutional basis because it was not grounded in the nation’s history and traditions.

On the question of how to evaluate the scope of liberty, Judge Kavanaugh has made it clear where he stands. He has repeatedly praised both Rehnquist and Scalia for tying liberty to only those rights “deeply rooted in this Nation’s history and tradition”—singling out their dissenting opinions in Roe and Casey for particular acclaim.

In a 2017 speech at the American Enterprise Institute, Judge Kavanaugh praised then-Justice Rehnquist’s dissenting opinion in Roe, in which Rehnquist wrote that the Constitution does not protect abortion as a fundamental right. Calling Rehnquist his “first judicial hero,” Kavanaugh credited Rehnquist for “stemming the general tide of freewheeling judicial creation of unenumerated rights that were not rooted in the nation’s history and tradition.”

Similarly, in a speech that he delivered at the University of Notre Dame in 2017, Judge Kavanaugh recalled Justice Scalia’s advice: “don’t make up new constitutional rights that are not in the text of the Constitution.” And in an earlier speech in 2016, Kavanaugh singled out Scalia’s dissenting opinions in Casey and Obergefell v. Hodges, where the Supreme Court recognized a constitutional right to same-sex marriage. Kavanaugh said that these opinions illustrated how “For Justice Scalia, it was not the Court’s job to improve on or update the Constitution to create new rights.”

During his Supreme Court confirmation hearing, Judge Kavanaugh reiterated his support for the narrow “history and tradition” approach to defining individual liberty. He said, “All roads lead to the Glucksberg test as the test that the Supreme Court has settled on as the proper test” for determining the scope of individual liberty, referring to the Court’s decision rejecting a constitutional right to physician-assisted suicide because it was not deeply rooted in the nation’s history or traditions.

Moreover, while Judge Kavanaugh discussed at length his agreement with several Supreme Court decisions, he refused to say whether cases involving liberty rights were correctly decided. He refused to state whether Roe and Casey were correctly decided. And on Griswold v. Connecticut—which upheld the right of married couples to use contraception based on a constitutional right to privacy—he said he agreed only with a narrow concurrence issued by Justice Byron White that was based on a limited right to marital privacy.

Judge Kavanaugh also refused to say whether he thought Obergefell was correctly decided. In Obergefell, Justice Kennedy wrote for the Court, and notably rejected a history-bound method for identifying liberty rights. Kennedy asserted that “[h]istory and tradition guide and discipline this inquiry but do not set its outer boundaries,” because “[i]f rights were defined by who exercised them in the past, then received practices could serve as their own continued justification and new groups could not invoke rights once denied.”

Rather than carry on the robust and evolving liberty espoused by Justice Kennedy, Judge Kavanaugh has instead firmly sided with the cramped view of liberty endorsed by Chief Justice Rehnquist and Justice Scalia. That approach to liberty threatens the underpinnings of abortion rights, LGBTQ rights, and many other liberties under the Constitution. Judge Kavanaugh cannot be allowed to bring his hostile approach to liberty to the highest court in the land.