Is the Foreign Emoluments Clause only a “Political Question” for Congress? 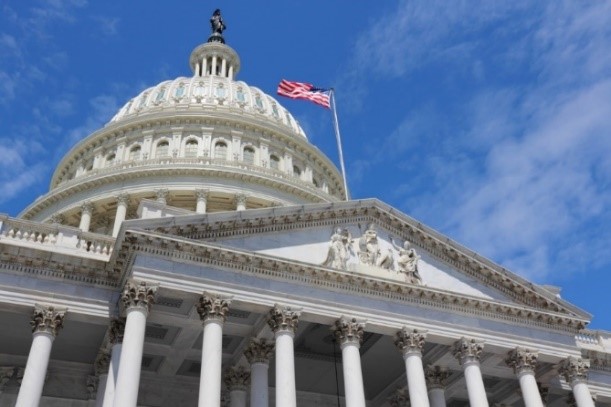 *This piece was originally posted on October 20, 2017 on Shugerblog.

On Wednesday, Judge Daniels of the Southern District of New York heard arguments in CREW v. Trump, the first Emoluments case, on the Department of Justice’s motion to dismiss. The case is its own self-contained course in constitutional law and civil procedure, covering a dizzyingly broad range of subjects and methods of interpretation. The primary debates so far have been on whether the plaintiffs have standing and on the meaning of the word “emolument.”

Meanwhile, a secondary question has been in the background: Is the Foreign Emoluments Clause solely a question for Congress, not the courts? If so, it would be a “non-justiciable” political question. This clause has never been addressed in the courts, so it is a new question. I think most observers were surprised that Judge Daniels spent so much time on this possibility and seemed so sympathetic to the argument that his court could dismiss the case by punting it to Congress.

This argument starts with the clause’s text: “No person holding any office of profit or trust under them, shall, without the consent of the Congress, accept of any present, emolument, office, or title, of any kind whatever, from any king, prince, or foreign state.”

(Let me note here that there is a second emoluments clause, prohibiting the federal government or the states from giving the President emoluments, with no exception granted to Congress to consent, so Judge Daniels can’t punt this entire case on the basis of possible congressional consent).

Judge Daniels asked, and I’m paraphrasing here, “Why doesn’t the political question doctrine apply? The clause assigns the power to Congress to consent or not. If the President is taking emoluments from foreign governments, let Congress weigh in.”

CREW’s Deepak Gupta gave a clear answer: “Because that approach would flip the clause on its head. The structure is a clear rule, with exceptions given to Congress. It’s a ban, but Congress can create exceptions to the ban. If you say it is non-justiciable, then you flip the script: you turn it into a broad permission to accept emoluments, unless Congress says no. That’s the opposite of the text and the Framers’ purpose.”

Judge Daniels replied: “Congress has the power to prevent emoluments if it wants to.”

Gupta replied that the default rule is that clauses are justiciable unless they are clearly and fully assigned to another branch, and if there are no manageable rules. He emphasized that the DOJ (through the Office of Legal Counsel) has crafted manageable rules over decades of cases and OLC opinions.

I was struck by Judge Daniels’s resistance to CREW’s arguments. The problem is that this is the first time courts have addressed this clause, so there is no direct precedent to answer this specific question.

However, this Emoluments clause is certainly not the only place in the Constitution that uses a similar structure: a prohibition against some act, but a grant of a power to Congress to make exceptions. In fact there are two other examples in the Article I, Section 10, immediately after the Foreign Emoluments Clause (Art. I, Sec. 9). They are prohibitions on state power with the same language, “without the Consent of Congress.”

Art I, Sec. 10, Clause 2: “No State shall, without the Consent of the Congress, lay any Imposts or Duties on Imports or Exports, except what may be absolutely necessary for executing it’s inspection Laws: and the net Produce of all Duties and Imposts, laid by any State on Imports or Exports, shall be for the Use of the Treasury of the United States; and all such Laws shall be subject to the Revision and Controul of the Congress.”

The argument here would be the same: Because Congress can always declare or legislate its non-consent, this clause is a political question for Congress, not a justiciable question for the courts.  In fact, this clause has a double measure for congressional authority, adding that these state laws are “subject to Revision and Controul of the Congress,” so the possibility that this clause is only a “political question” is even stronger than the Foreign Emoluments Clause.  However, I can find about two dozen Supreme Court cases ruling on this clause, treating it as clearly justiciable. See, e.g., Chief Justice John Marshall’s decision in Brown v. Maryland, 25. U.S. 419 (1827).

The next clause is similar. Clause 3: “No State shall, without the Consent of Congress, lay any Duty of Tonnage, keep Troops, or Ships of War in time of Peace, enter into any Agreement or Compact with another State, or with a foreign Power, or engage in War, unless actually invaded, or in such imminent Danger as will not admit of delay.”

It has the same structure: a general prohibition plus an exception for congressional consent. Is this clause nonjusticiable because it is a political question for Congress? The Supreme Court has ruled on tonnage duties under this clause at least a dozen times. It has ruled on the troops provision, and there are countless cases on interstate compacts.

Moreover, the same section that includes the Foreign Emoluments Clause also offers a prohibition on the executive branch, with grant of power to Congress:

Art I, Sec. 9, cl. 7: “No Money shall be drawn from the Treasury, but in Consequence of Appropriations made by Law.”

Is this clause a political question? Its structure is similar to the Foreign Emoluments Clause: it is a prohibition, unless Congress consents (by passing an appropriations measure). But I have found half a dozen Supreme Court cases that treated the clause as justiciable.

[N]o new State shall be formed or erected within the Jurisdiction of any other State; nor any State be formed by the Junction of two or more States, or Parts of States, without the Consent of the Legislatures of the States concerned as well as of the Congress.

Presumably if California tried to split into two states, perhaps a Democratic Senate decided to seat an extra two Democratic Senators, though a Republican President and a Republican House rejected the creation of a North California and a South California. What if they sent an extra pair of electors to the Electoral College, too?  Surely the courts would have something to say about such shenanigans. This question would be justiciable (though the question of standing would be separate).

For another example, turn to the appointment power in Art II, Sec. 2:

“[The President] shall nominate, and by and with the Advice and Consent of the Senate, shall appoint Ambassadors, other public Ministers and Consuls, Judges of the supreme Court, and all other Officers of the United States.”

Let’s say President Obama decided that Congress’s silence on his nomination of Judge Garland to the Supreme Court or his nomination of Elizabeth Warren to head an agency was tantamount to implicit consent. Could these appointments be challenged in court? Surely if Justice Garland tried to rule on a case or if agency head Warren tried to regulate a bank, a plaintiff would have a day in court to challenge the legitimacy of those appointments. The fact that Congress has a role in permitting a president to act does not make its silence establish consent, nor does its potential role make the question non-justiciable.

I should add that this interpretation that silence equals consent would be particularly problematic in our current debates about individuals and their consent, from the domains of contract law and sexual contact.

The bottom line is that the framers drafted several provisions in the Constitution that the structure of a broad prohibition, but also carved out a power for Congress to make exceptions, twice with the exact same language of “without the consent of Congress.” The courts have treated those clauses as justiciable from Chief Justice Marshall through contemporary cases. Thus, the Foreign Emoluments Clause is justiciable, an appropriate and manageable question for the federal courts.