In Defense of Court Expansion 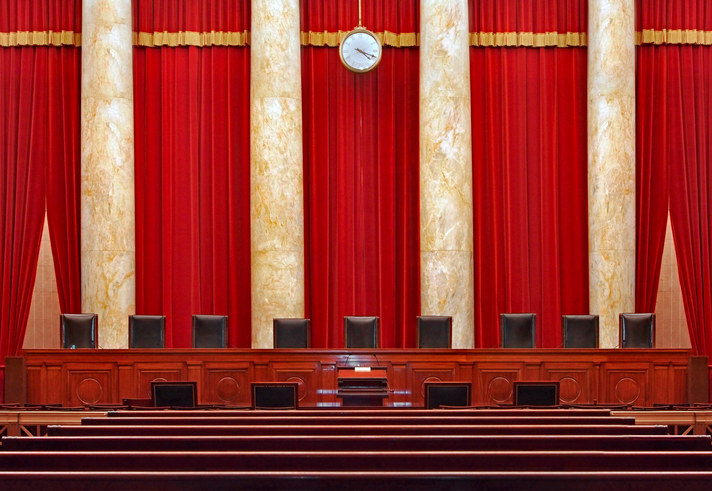 Aaron Belkin spoke on a plenary panel at the 2019 ACS National Convention in June. You can see the panel here.

After presidential candidate Pete Buttigieg signaled an openness to court expansion in February, a handful of critics in the progressive community urged him and other 2020 contenders to denounce the strategy, and to embrace other judicial reform options. The growing awareness that the Supreme Court must be reformed is an important first step, but critics of court expansion are succeeding, at least for now, in convincing 2020 candidates to disavow the strategy in favor of alternatives that are unlikely to work.

The project that I founded, Take Back the Court, is busy producing research reports that will explain why court expansion is the best judicial reform option and why alternatives cannot be effectively implemented. While awaiting that research, however, I thought it might be helpful to comment on a handful of beliefs that appear to sustain most of the skepticism about court expansion.

(1) Critics fear that court expansion will provoke Republicans to retaliate in kind. Buttigieg says that provoking the GOP is the “last thing that we’d want to do” and Neil Siegel argues that “proportionality is important to prevent conflict escalation and to avoid fueling a race to the bottom.” These concerns strike me as off-point, because Republicans will not hesitate to expand the Court if they need to do so in order to control it, regardless of what Democrats do. If Democrats reform the Court with a facially neutral option such as term limits, the conservative media will howl for years about a stolen Court, and then Republicans will expand the Court at their first opportunity. Even if a liberal majority is obtained through normal rotation, a nearly impossible scenario for the indefinite future, Republicans will expand the Court as soon as they can.

(2) Court-expansion critics tend to misdiagnose our current predicament in terms of polarization rather than asymmetric polarization, and fail to appreciate the extent to which the GOP has become radicalized. GOP radicalization is perhaps the greatest threat to American democracy, and should be understood in terms of four dimensions: (1) a systematic commitment to distortion and fabrication; (2) prioritizing narrow partisan concerns over national interests and even national security to an extreme degree; (3) underhanded tactics such as voter suppression, judicial theft, and maximal obstruction; and (4) a deep commitment to scapegoating. My interpretation of the evidence is that the GOP is no longer committed to democratic governance.

(3) Because they seem to underestimate GOP radicalism, court-expansion critics spend considerable time and effort crafting neutral reform options that, they hope, could withstand Republican sabotage. The neutrality of reform options is, of course, optically critical and consistent with the principles of good governance. There is no such thing, however, as a system that cannot be gamed, and GOP radicalism is so extreme that the party will try, and probably will succeed, at gaming, circumventing, and subverting even the most benign reform options. (One of our forthcoming research reports will address how the “5-5-5” option can be gamed). Critics want to save the Court and to “preserve its legitimacy as an institution above politics.” But the Court cannot be saved unless both parties are committed to democracy.

(4) Reform options—aside from court expansion—that scholars have proposed have almost no chance of working. Consider term limits, an option that looks good on paper, but that probably cannot be implemented in practice. Between the passage of a law requiring term limits and the point at which they would start to have a moderating impact on the Court, there would be ample opportunity for the five conservative justices to enjoin and then strike down the statute. Conservatives spent more than a generation carefully plotting the capture of the judiciary, and there is almost no chance that they would relinquish power by upholding a term limit bill. Similar problems plague other reform alternatives.

(5) In light of the previous four points, court expansion may be the least risky judicial reform option, because, perhaps more than any other strategy, it could prevent Republicans from dominating elections for awhile, possibly quite awhile, which could de-radicalize the party somewhat. If Democrats return to power in 2020, eliminate the filibuster, provide statehood to Washington, DC and Puerto Rico, and pass legislation to restore democracy (for example by guaranteeing an automatic right to vote), the Brennan Center estimates that 50 million voters could be added to the rolls. Under such circumstances, it could be difficult for Republicans to expand the courts in retaliation for awhile, as they would need to regain control of the White House as well as both chambers of Congress. Even Epps and Sitaraman, both of whom are skeptical of court expansion, acknowledge that “we can imagine conditions under which court-packing could lead to a stable equilibrium that does not invite an ever escalating cycle of political retaliation.”

(6) Unless Democrats sweep back into power, eliminate the filibuster, expand the Court, and enact the democracy agenda that Brennan estimates could add 50 million voters to the rolls, electoral politics probably cannot save democracy. Absent that narrow path, Democrats can still win elections from time to time, but Republicans will leverage Senate obstructionism and radical jurisprudence to prevent them from governing for the foreseeable future. When only one party gets to govern, when Black and Brown people cannot vote, when corporations and wealthy donors are able to purchase policy, and when gerrymandering allows minority parties to control the levers of power, that’s not democracy.

(7) The skeptics are correct in positing that a conversation about court expansion could energize the conservative base and scare away moderates. Several qualifications, however, deserve consideration: (1) Experts have not yet made the case to the public that court expansion is necessary to save democracy; (2) Experts could do more to educate the public about how the Court has compromised democracy, for example by gutting the Voting Rights Act; (3) As the Court continues its long-term effort to undermine democracy, public opinion may shift, especially given concerns about Justice Kavanaugh; (4) The notion that progressives cheat has already been baked into conservative turnout numbers thanks to a generation of rhetoric about voter fraud; (5) If the public comes to understand that Congress would eliminate the filibuster, expand the Court, and enact the democracy agenda, this could motivate non-voters who have become cynical about politics to turn out, because they will see that bold change is possible; (6) Concerns about energizing conservative voters and scaring away moderates can always be invoked to stifle progressive discourse,  but that’s not a reason to be quiet, especially during national emergencies.

Aaron Belkin is director of Take Back the Court, which was previously named Pack the Courts, and he can be reached at belkin@takebackthecourt.today. This post was revised on June 12 to reflect the change in the organization’s name and other minor updates.