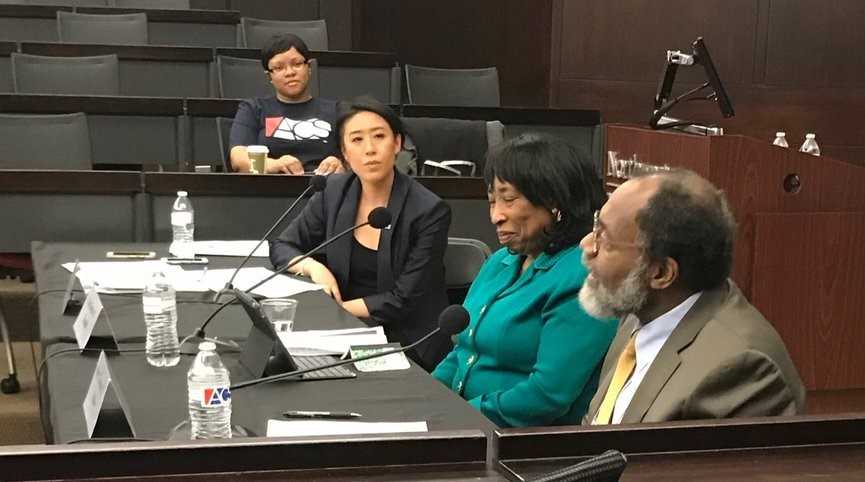 At ACS, we believe that the law should be a force to improve the lives of all people. Our members—lawyers, law students, judges, professors, and policymakers—aim to build inclusion and equity.

Despite our best intentions, our behavior and choices are often influenced by biases that operate outside of our conscious awareness. As such, in order for us to build equity, it is vital for us to understand these processes, its role in perpetuating social inequality, its impact on our profession, and its impact in our courts. To build equity, we also need to proactively engage in disrupting bias.

At the 2018 ACS Student Convention last weekend, we provided our ACS student leaders with the opportunity to learn more about implicit bias—what it is and how we measure it; how implicit bias manifests itself in the real world, specifically in the legal profession; how we can disrupt this bias; and how students can work towards debiasing.

Judge Donald and Judge McKee discussed implicit bias, social cognition, and stereotyping. They brought these concepts to life by providing real examples of implicit bias in their courtroom—from voir dire to jury bias to a litigant’s bias in selecting an attorney.

As a former implicit bias trainer, I was in awe hearing Judge Donald and Judge McKee discuss how they, and other judges, are working to raise awareness of implicit bias in the legal profession; and how they work to disrupt biases in their courtroom. To disrupt bias, the panel recommended that attendees:

Judge Donald and Judge McKee also provided practical tips for our students on how they can work to disrupt bias, both at a personal level and in their workplaces, while balancing the pressures, internal structures, and time constraints of being a first-year associate or law clerk. The panelists noted the limitations of bringing about office-wide change, especially as a young attorney, but highlighted areas where young lawyers could have broad influence, including:

Learning more about our biases is the first step. Take the IAT here to begin your journey.