Jeff Hauser Founder and Director, Revolving Door Project at the Center for Economic and Policy Research 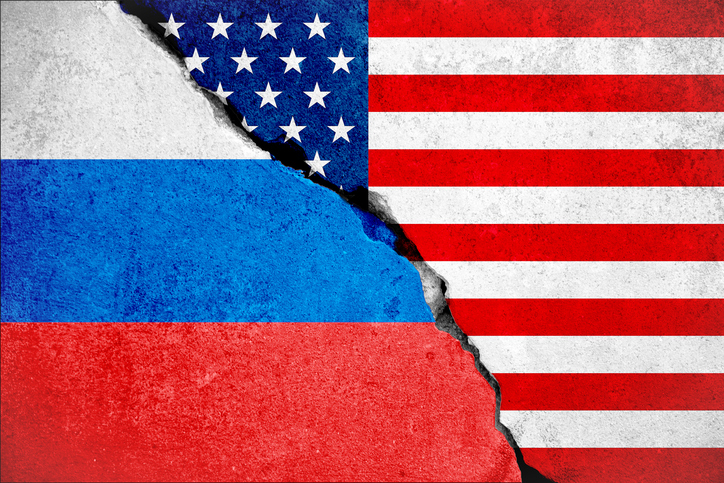 President Trump isn’t right about much, but he was actually right when he said this: “other than matters of war and peace,” “the selection of a Supreme Court justice” is “the most important decision a president will make.” The range of crucial issues on which a Justice Kavanaugh could wreak havoc for a generation or longer is huge.  And yet analysis of social media shows that coverage of Kavanaugh’s views on the traditional legal issues has been crowded out of the national conversation by the tumult of news that typifies Trump’s America.

Yet, there is also a glimmer of hope for Kavanaugh opponents: social media analysis also demonstrated that discussing Judge Kavanaugh within the context of the propulsive and compelling “Trump-Russia” story can generate significant engagement.  In other words, the progressive fear that discussing the Kavanaugh nomination within a non-standard frame like “the Mueller investigation” undercuts more traditional areas of concern for Supreme Court nomination fights has it backwards.  It is precisely because Justice Brett Kavanaugh poses a threat to broadly shared American values and liberties—indeed, to the very idea that no one is above the law—that progressives can and must cut through the persistently cluttered communications environment that characterizes Donald Trump’s chaotic presidency.

Significantly, Judge Kavanaugh has an unusually long paper trail on a number of legal questions that may be relevant to the future of the Mueller investigation.  He has argued for excluding a sitting president from criminal and civil accountability. He has even worried that the “tension” surrounding the Nixon presidency during “Watergate” may have caused the Supreme Court to wrongly (albeit unanimously) deny Nixon the right to hide subpoenaed materials (his highly incriminating tapes) from a federal district court.

Kavanaugh’s speeches and writings make clear that Kavanaugh believes it is more important that the president avoid “distraction” and any loss of complete control of the levers of government than that America be a country governed principle that no person is above the law.

Trump had alternative choices for the Supreme Court no less likely than Kavanaugh to oppose Roe v. Wade, civil rights, the administrative state, or social welfare programs like the ACA. In fact, Senate Majority Leader Mitch McConnell urged Trump to choose from among the candidates with similar views but an easier path to rapid confirmation. And one of the candidates McConnell preferred to Kavanaugh, Judge Thomas Hardiman, was championed by Trump’s own sister.

Trump ordinarily defers to McConnell’s preferences and judgment about the Senate on judicial appointments. Why didn’t he in the case of Judge Kavanaugh?

It is reasonable to wonder whether Trump was attracted to the potential Justice most publicly committed to the idea that presidencies are too important to be disrupted by annoyances like civil or criminal legal processes, i.e., the rule of law.

And so even as others have pointed out this cause for worry, it is worth highlighting some of the aspects of Kavanaugh’s views that are most troubling in light of the specific investigations and litigation surrounding Trump generally and the Trump campaign’s possible cheating in the 2016 election specifically.

First, Kavanaugh consistently asserts that the impeachment process is a sufficient alternative to prosecutors and a grand jury investigating and potentially pursuing a president’s possible criminality.

It is hard to see how that judgment could be reached in good faith. Without prosecutors leading an investigation, many worthy impeachment inquiries will never be referred to a congressional committee, especially if and when the president has allies running the House of Representatives. And partisan allegiances can prevent the very investigation into a president that might develop evidence of guilt.

Additionally, prosecutors alone have the investigative tools and resources suited to complex webs of criminality like that orchestrated by, e.g., Nixon’s “plumbers” and (possibly) by Trump, the Trump Campaign, and Trump’s broader team. In the case of Special Counsel Mueller’s operation, think about his team’s reliance on the intelligence community, anti-money laundering resources like Treasury’s Financial Crimes Enforcement Network, cyber security professionals, and various experts fluent in Russian.  No congressional committee could parallel Mueller’s multi-prong investigation from outside of the executive branch with similar effectiveness.

Impeachment is simply not a tool well-suited to initial fact finding and assessment of whether an intrusive investigation is warranted. Impeachment is instead much better suited to applying a small d “democratically legitimate” judgment to facts already unearthed by investigators or actions undertaken in public with simple fact patterns, such as Andrew Johnson firing officials in violation of the Tenure in Office Act.

Second, Kavanaugh’s waving away of real life concerns is not limited to his views on the utility of the threat of impeachment. The issue of statutes of limitations is barely acknowledged by Kavanaugh except to, in one footnote, note that his proposal for Congress to explicitly free the president of accountability may also “require extension of the relevant statutes of limitations.”

Of course, no federal statute can extend statutes of limitation in state law. And any Justice who acted on Kavanaugh’s suspicion of prosecutors and courts seeking to hold a president legally accountable would of course be unable to concomitantly ensure the staying of all relevant statutes of limitation.

Third, while Kavanaugh has attacked Morrison v. Olson, the Supreme Court precedent that upheld the independent counsel by an 8-1 margin, and the Nixon Tapes case (decided 8-0), some defenders make the technically valid point that Kavanaugh has not specifically called the current Special Counsel regulation unconstitutional.

However, Kavanaugh's writings make clear that he accords great weight to the type of arguments presidents like Nixon and Clinton made while seeking to avoid legal accountability. For instance, Kavanaugh expressed in a law review article that based on “[h]aving seen first-hand how complex and difficult that job is, I believe it vital that the President be able to focus on his never-ending tasks with as few distractions as possible.” Kavanaugh went on to make clear the offensive notion that the term “distraction” encompasses a president’s obligations in not only civil lawsuits, but “criminal investigations and prosecutions of the President.”

Additionally, Kavanaugh also argued that it “makes no sense at all to have an independent counsel looking at the conduct of the President.”

This extraordinary deference to the priorities of the president is troubling. In Clinton v. Jones, President Clinton expressed concern about “an unacceptable burden on the President's time and energy.” However, a unanimous Court rightly did not find Clinton’s self-serving argument persuasive.  Kavanaugh’s past statements, however, suggest that such a self-serving argument would be received favorably by him as a Justice.

Fourth, and finally, Kavanaugh is known for his unyielding support for an essentially anti-textual doctrine (unitary executive) that essentially ignores the Constitution allocating to Congress the ability to pass laws “necessary and proper” to carrying out its considerable responsibilities. Kavanaugh thus fits within the lineage of Ed Meese and the Reagan administration, which generated the "unitary executive" idea to help enable the administration to “act at home and abroad without congressional authorization, withhold information from Congress at their pleasure, and resist any attempt by Congress to find out what was going on or limit their freedom of maneuver.”

The implications of this radical ideology for a host of potential defenses by Trump are clear and foreboding.

Thus, while it is technically true that Kavanaugh has not literally stated an unbreakable commitment to ruling that the president is unreachable by the law while in office, the tipping of his hand in that direction is evident.

And while it would be troubling at any point in time that Kavanaugh believes a president should have so much power and so little accountability, it is worse than ever in 2018.

Here’s a partial list of “is Trump above the law” cases reasonably likely to be developing in the courts soon – and in many of them, one could imagine cases moving particularly expeditiously. (By way of example, consider that the Supreme Court’s opinion against Nixon in U.S. v. Nixon was issued barely more than four months after the special prosecutor subpoenaed Nixon’s tapes)

A potential firing of Mueller raises several other questions.

The intersection of a Justice ideologically committed to an extreme view of executive power and a president under an unprecedented cloud of investigations is remarkably dangerous.

So is it strategic for Kavanaugh opponents and skeptics to make a single nomination a fulcrum for conversations about Trump-Russia?

There is nothing Judge Kavanaugh’s minders find more helpful to their attempt to get him confirmed than a lack of attention to or energy around Kavanaugh’s nomination.

The Trump-Russia story, which in one way or another is likely to continue to be in the news as it has been throughout Trump’s presidency, is a great hook to sustain interest in Kavanaugh’s nomination while raising significant concerns about Kavanaugh’s radical take on executive power.