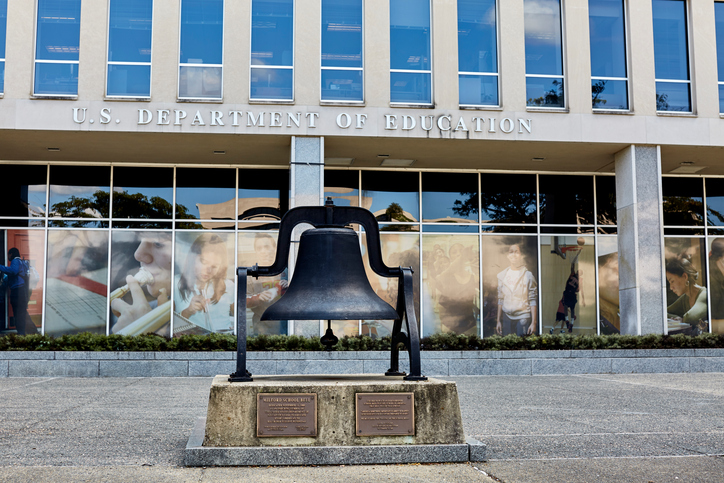 This blog is part of the blog symposium published in conjunction with a new ACS issue brief: Reforming “Regulatory Reform”: A Progressive Framework for Agency Rulemaking in the Public Interest. View the other blogs in the symposium by Lisa Heinzerling, Dan Farber, Peter Shane, and Rena Steinzor.

The vast majority of cases in our civil justice system are not decided in federal courts, but instead inside the quiet, understated offices of administrative agencies. Administrative courts make millions of critical decisions for people every year--like whether to discharge student debt, how to grant work visas or asylum for refugees, or when to pay for vital medical equipment, workplace injuries, disabilities or death benefits. But, as crushing case loads create more delays, inconsistent outcomes and new barriers to legal access, those tribunals are now experiencing a crisis. On September 19, 2018, for example, the Department of Education reported that over 105,000 students continued to anxiously wait for the Department to hear their claims for loan forgiveness, three years after the cataclysmic collapse of Corinthian Colleges. The Department of Veterans Affairs also recently acknowledged that veterans face average wait times of six years to obtain their disability benefits. Sadly, the "day in court ideal" has begun to fade as endless numbers of unrepresented claimants wait to resolve the same kinds of decisions before understaffed administrative tribunals.

As reformers appropriately call for more resources, judges, and even technological solutions, recently some agencies have begun to consider tools long used by federal courts to resolve common claims raised by large groups of people: class actions and other aggregate procedures.  In a series of articles, Michael Sant'Ambrogio and I have also explained why we think agencies can improve efficiency, consistency and legal access by taking a lesson from how our federal and state courts hear such cases.

Agencies have always enjoyed a lot of power to create procedures for the cases they hear. Unlike federal courts, agencies are not even constrained by the requirement that parties have “standing” or by statutes like the Rules Enabling Act, which prevent courts from adopting procedures that alter people’s substantive legal claims.  In our report to the Administrative Conference of the United States, a body that provides important guidance for all federal agencies, we found that Congress often gives agencies broad discretion under their organic statutes to adopt aggregate procedures. And indeed, over 70 agencies have adopted some kind of consolidation, class action or other rule to aggregate cases.  But we also found very few actually use those rules on the books.

However, the few agencies that have experimented with such rules have found that, in appropriate cases, aggregate procedures can provide more efficiency, consistency and access to justice.  The Office of Medicare Hearings and Appeals—facing a backlog of over 600,000 claims—instituted a new “Statistical Sampling Initiative,” which will resolve hundreds of common medical claims at a time by statistically extrapolating the results of a few hearing outcomes.  Although OMHA’s statistical sampling initiative is in its early stages, sampling will permit OMHA to resolve thousands of similar claims by the same appellants, sometimes involving the same beneficiary with only a different service date, in a handful of proceedings. Since launching the program, OMHA has been urged by medical providers to expand opportunities to aggregate and resolve large numbers of claims.

Similarly, the Equal Employment Opportunity Commission has long relied on an administrative class action procedure, modeled after Rule 23 of the Federal Rules of Civil Procedure, to resolve “pattern and practice” claims of discrimination by federal employees before administrative judges. The EEOC deems this process indispensable in light of the volume of claims it processes each year, the need for expert legal assistance, and the potential for inconsistent judgments.

The history behind the EEOC class action demonstrates how aggregate procedures don't just promote efficiency and consistency, but how they have played a significant role in promoting access to justice and structural reform. The Civil Service Commission, which heard government employment claims before the process was taken over by EEOC, first adopted a class action rule in response to litigation brought by the NAACP Legal Defense Fund. The NAACP sued the CSC in its effort to end discriminatory practices at NASA, which in the early 1970s employed fewer women or racial minorities than any other federal agency in the United States.  But the only way to show that NASA, or government employers like it, engaged in a "pattern and practice" of discrimination, was through a class action. The NAACP argued that the failure of the Civil Service Commission to hear class actions deprived government employees of tools they needed to prove workplace discrimination. In a case called Barrett v. U.S. Civil Service, the NAACP won, and, in March 1977, the Civil Service Commission adopted the first class action rules to adjudicate discrimination claims inside the federal government.

First, the Department of Education adopted a class action-like procedure to resolve groups of students claims for debt relief, following the collapse of the Corinthian Colleges and ITT.  Although the current administration has attempted to suspend the rule, a September 2018 court decision may reinstate it along with a number of other provisions for students seeking relief from schools that have committed fraud or gone bankrupt. With over 100,000 claims languishing at the Education Department for years, such a aggregate procedure could provide a path for groups of students with the same claims to get a timely hearing before the Department and, if necessary, an appeal to a federal court.

Second, the Federal Maritime Commission will hear arguments over its power to hear class actions in a case brought by American automakers and dealers who have sued various Chinese shippers for price fixing.  After a federal district court held that plaintiffs only could pursue their claims before the Commission, an administrative law judge dismissed the claims in May 2018, observing that the Commission had never before heard a class action.  The full Commission will determine whether it indeed has the power to hear those claims later this year.

Third, for the first time, an en banc panel of judges at the nation's Veterans Court in August 2018 recognized that it would hear class actions brought by veterans for systemwide problems at the Veterans Administration. Already a number of veterans legal clinics and service organizations have filed class actions to challenge disparate treatment of lawyers, unlawful rating decisions, mass delays and regulations denying groups of veterans benefits for radiation exposure.  The Chief Judge of the court called the opinion to hear class actions a "watershed" decision that will increase timely and efficient adjudication of claims for veterans and their families.

Administrative tribunals have long been seen as an alternative to the large number of complex cases seeking reform or relief in our federal courts. Years ago, even the Supreme Court barred federal courts from aggregating certain claims, stating that they defy judicial resolution. Instead, it called on Congress to establish administrative programs to provide “the most secure, fair, and efficient means of compensating victims.” And yet, our study of those same programs supports a very different conclusion: far from pushing the limits of adjudication, aggregate procedures form an essential part of the adjudication process in any court.