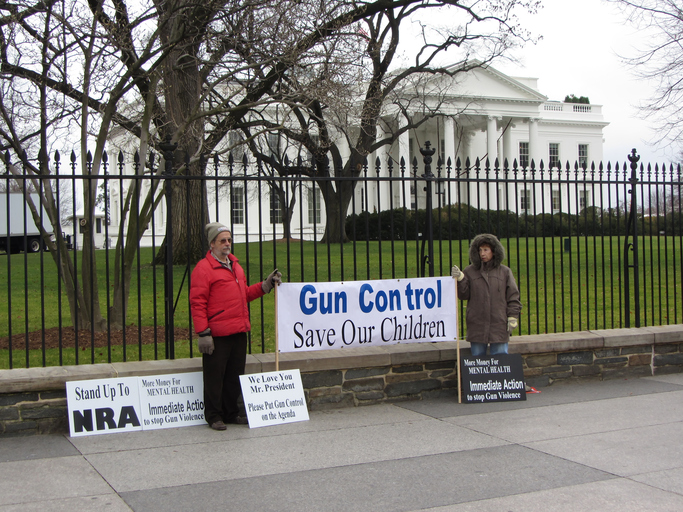 On Wednesday, February 14, seventeen people were killed and another fourteen were wounded in a mass shooting at Marjory Stoneman Douglas High School in Parkland, Florida. The gunman allegedly used an AR-15 style semi-automatic assault rifle. The post below was originally published in June 2017—after an attack by a similarly armed gunman during practice for members of the GOP congressional baseball team—that discusses that availability of assault rifles, as well as responses to mass shootings. In addition, last October, ACSblog ran a post spotlighting a letter from 88 groups concerned with gun violence to state and federal lawmakers after the Las Vegas shooting, demanding action to address gun violence. With the 10th Anniversary of the landmark Second Amendment case District of Columbia v. Heller coming up this June and gun violence remaining a national crisis, ACS will continue to highlight this issue on the ACSblog and in our programming.

Wednesday’s horrific shooting during a practice for members of the GOP congressional baseball team was an unnecessary reminder of the prevalence of gun violence in the U.S. The event was notable for its high-profile victims, including Rep. Steve Scalise (R-La.), a member of House’s Republican Leadership, but it was otherwise bleakly common—an average of 90 people die from gun violence each day and, by some counts, this was the 195 mass shooting of 2017 (the 196th mass shooting occurred hours later in San Francisco).

The incident, which left five wounded, including a congressional aide, a lobbyist and two Capitol Police officers, was described by Breitbart with the headline “Man Opens Fire on Congressional Baseball Practice; Good Guy with Gun Shoots Back.” The “good guys with guns” narrative is an all too common trope we hear from the NRA and its allies after a high-profile shooting, particularly mass shootings. In 2012, a week after the Sandy Hook massacre left twenty-six dead, including twenty children, NRA Executive Vice President Wayne LaPierre said, “The only way to stop a bad guy with a gun is with a good guy with a gun.” Since that time, this trope has been deployed in response to mass shootings to justify expanding gun availability and ownership and reducing or eliminating gun safety regulations. The only problem is that there’s no evidence that it’s true.

The epidemiology of mass shootings is complicated and anything but straightforward. That said, there are some things we do know. A review of mass shootings between 2000 and 2012 published by the FBI reveals that the median response time for police is three minutes. Admittedly, three minutes is a long time when facing an armed assailant, and with the aid of high-capacity magazines and semi-automatic weapons, shooters are capable of inflicting grievous damage in such a short time. As Rep. Mike Bishop (R-Mich.), a witness to Wednesday’s attack, observed, “He had a rifle that was clearly meant for the job of taking people out, multiple casualties, and he had several rounds and magazines that he kept unloading and reloading.”

Even with the rapid response of police, half of all incidents end before the police arrive. In two-thirds of those cases, the shooter him or herself stops the attack by either leaving the scene or committing suicide. In the remaining cases, potential victims have subdued the shooter. Notably, in only three cases were guns used against the attackers to end the incident, and in two of those cases the person shooting was an off-duty police officer. It seems a good guy with a gun isn’t the only way to stop a bad guy with a gun.

Not only is the “good guys with guns” trope untrue, it’s dangerous. The idea that guns in the hands of civilians in active shooter situations will increase public safety strains credulity. In Wednesday’s shooting, the good guys were trained Capitol Police officers serving as the security detail for Rep. Scalise. Research suggests that, on average, police officers who discharge their firearms hit their intended target about 15 to 25 percent of the time. For civilians untrained and untested in high stress situations—even those who would consider themselves good marksmen—the hit percentage is bound to be much lower. Arming more civilians, particularly those whose previous experience and training with firearms is limited, and expecting them to engage active shooters only adds another volatile variable to an already fraught situation.

The 2011 shooting in Tucson, Arizona that left six dead and twelve others, including then Rep. Gabrielle Giffords (D-Ariz.), injured—the last time a member of Congress was a victim in a mass shooting—suggests how easily a good guy with a gun could exacerbate the situation. Joe Zamudio, a civilian with no formal gun training, heard shots and ran to the scene to intervene with his handgun. When he arrived, he saw a man holding a gun, "And that's who I at first thought was the shooter." In fact, he nearly shot Bill Badger, a 74-year-old retired United States Army Colonel, who had subdued the actual assailant. In 2014, in Las Vegas, an armed civilian trying to intervene in an active shooter situation in a WalMart was shot from behind by one of two assailants who had already executed two police officers. The danger of civilians engaging active shooters and potentially injuring more bystanders or themselves, or being mistaken for the assailant once police arrive, suggests that the answer to these mass shootings is not more guns.

In fact, according to the Violence Police Center, since 2007, 31 mass shootings resulting in 158 deaths have been committed by conceal carry permit holders, the very type of person who is supposed to be the good guy with a gun. Previous studies have found that more permissive conceal carry laws, often call right to carry or RTC laws, do not reduce the number of people killed or injured in a mass shooting.  It seems that the public is aware of this. In recent survey, 55% of respondents said allowing people to carry guns "in public places like grocery stores, restaurants [and] sporting events would make them less safe,"  while only 24% thoughts it would make them safer.

Despite the danger and public opposition, NRA-supported lawmakers continue to push RTC laws. States like Georgia, Texas and others have sought to limit or eliminate gun free zones, such as college campuses, bars, and churches. Members of Congress,  including Reps. Bishop and Brooks, have sought to nationalize the most permissive RTC laws by forcing states to honor conceal carry permits from any other state, even those with the most permissive laws.

There are many ways for the nation to productively respond to the violence that Wednesday’s shooting highlights, but pursing unpopular and potentially dangerous gun policies should not be one of them.