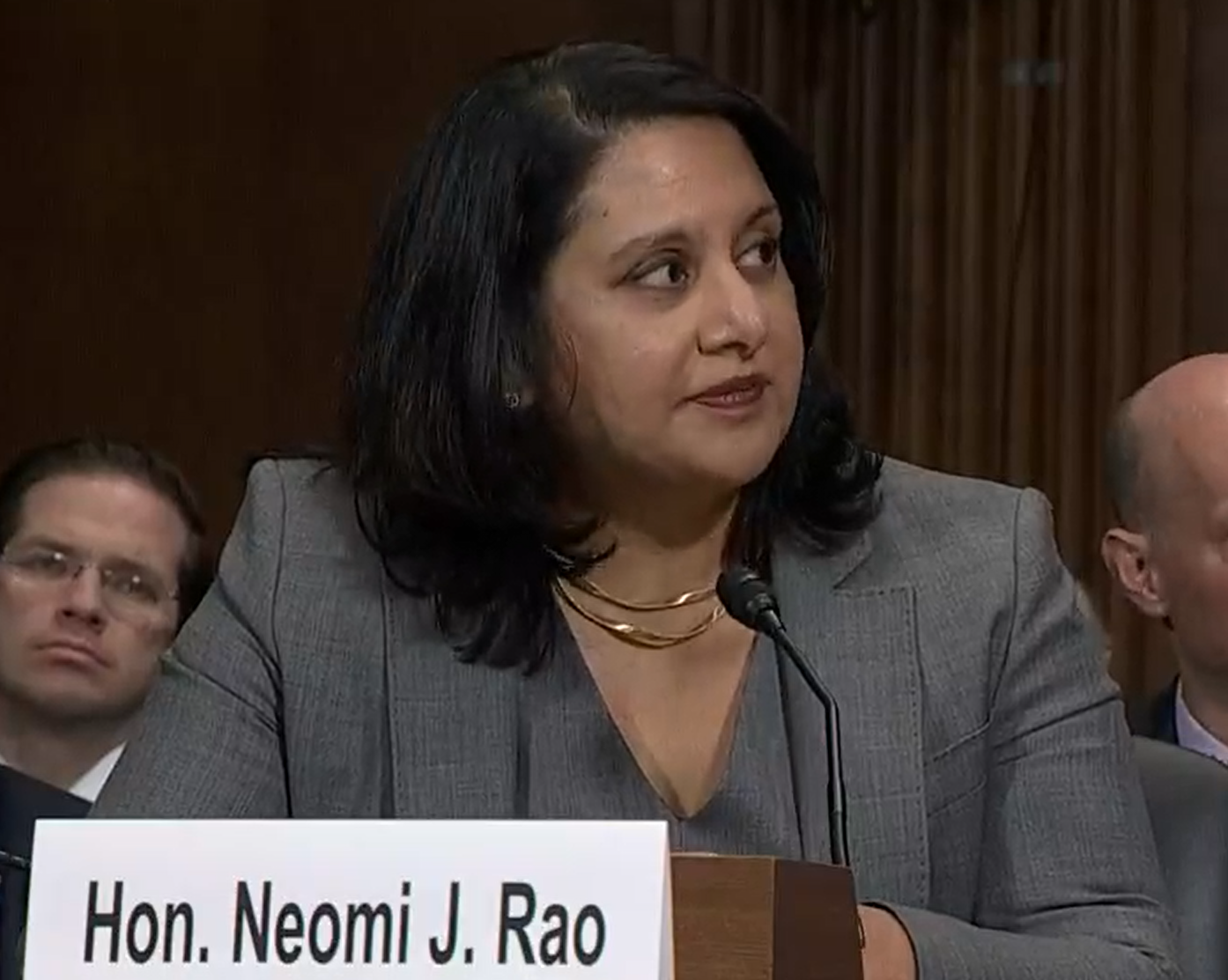 This piece was originally posted on the Chicago Daily Law Bulletin.

Whatever other accomplishments President Donald Trump may claim as president, in one area, he is creating a long-term legacy — the judiciary. Working with the 115th Congress Senate, which was led by Senate Majority Leader Mitch McConnell, the Trump administration achieved a historic confirmation of two Supreme Court justices, 30 appellate and 53 district court judges.

The confirmed judges are almost all white (92 percent) and a vast majority on them are male (76 percent). Many of the confirmations occurred due to the Senate majority changing the rules and disregarding norms that have been in place for many decades.

At the end of the 115th Congress, more than 70 nominees were returned to the White House following the Senate rules on end of a congressional term.

In early January, Trump renominated 48 of the 70 whose nominations were returned at the 115th Congress’ end. The first of those 48 likely to get a hearing is Supreme Court Justice Brett Kavanaugh’s proposed replacement on the U.S. Court of Appeals for the District of Columbia Circuit, Neomi Rao.

There are 11 numbered Circuits, the Federal Circuit and the D.C. Circuit. Though its jurisdiction is small, it has been referred to as the second highest court, because the D.C. Circuit has the responsibility of directly reviewing the rulemaking and decisions of many federal independent agencies of the U.S. government related to health, safety and civil rights issues in this country.

The court also would be the appellate court for challenges to executive power and Congress.

Rao currently serves in the Trump administration in the Office of Information and Regulatory Affairs, which is responsible for the implementation of governmentwide policies. In that role, she has implemented the president’s agenda of drastic changes in administrative policies, such as the rollback of Title IX protections.

As then-Sen. Obama noted, elections have consequences, and a president can nominate ideologues and hardliners, but at the same time, the public must be vigilant and understand what this means to the long-term rights and freedoms we share in the United States.

The senators must also understand the long-term impact of appointing hardline judges with lifetime tenures. Because Rao has no prior judicial experience, the public must closely review Rao’s past activities and writings that extend back to her college days at Yale University and that continue unabated to this date. A hard look at Rao’s published beliefs are troubling on various fronts.

1. Rao believes rape victims are partially responsible. In a 1994 Yale Herald article, Rao wrote, “And if she drinks to the point where she can no longer choose, well, getting to that point was part of her choice.” She also stated, “Implying that a drunk woman has no control of her actions, but that a drunk man does strips women of all moral responsibility.”

2. Rao questions climate change and environmentalism. In a 1992 article in The Yale Free Press, Rao attacked climate change, stating acceptance of it as reality was “a dangerous orthodoxy” and labeled “the greenhouse effect, the depleting ozone layer and the dangers of acid rain” as the “three major environmental bogeymen.”

3. Rao believes sexism is dead. Rao wrote, “On this 25th anniversary of co-education at Yale, everything indicates that the transition has occurred smoothly. Women stand on equal footing in almost all aspects of student life.”

4. Rao attacked multiculturalism as a divisive force and discounted racial oppression. Rao wrote in a piece, “Myths of sexual and racial oppression propogate [sic] themselves, create hysteria and finally lead to the formation of some whining new group. One can only hope to scream, ‘Perspective, just a little perspective, dahling!’”

At Rao’s confirmation hearings, she said that some of her comments and writings she would not write today, stating that “certainly some sentences and phrases I would never use today.”

She stated, “To be honest, looking back at some of those writings … I cringe at some of the language I used.” She also noted, “I like to think I’ve matured as a thinker, writer and indeed as a person.”

What Rao has not said, and the Senate confirmation hearings never require or get is that she has changed her views about things she said, only that she would not use the same language today.

When asked about her views on Brown v. Board of Education, she would only repeat that it was ” a really important precedent.” She made the same responses to Griswold v. Connecticut and Roe v. Wade. Rao stated she would follow the precedents.

However, as we have seen, Article III appellate courts have not always followed precedent. On Thursday, the U.S. Supreme Court, by a 5-4 decision, approved a request in the case, June Medical Services v. Gee, to stay a Louisiana law that is the same in all material respects to a Texas law that the Supreme Court struck down in 2016 in Whole Woman’s Health v. Hellerstedt.

On Thursday, the Senate Judiciary Committee approved 44 of Trump’s judicial nominees, including six to the federal circuit courts, five of whom were advanced along party lines by the committee. One of the district court nominees, Wendy Vitter, like Rao, refused to state that Brown was correctly decided.

Rao will be up for consideration in the near future. Another Trump nominee to the 9th Circuit, Ryan Bounds, was withdrawn due to his similarly troubling undergraduate writings at Stanford University.

Rao’s beliefs and views from her college days are reflected in current administration policies and views on things such as climate change.

While the D.C. Circuit may seem irrelevant to Chicagoans, given the D.C. Circuit’s importance and role in our judicial structure, as well as the other federal courts, we must be informed and share our concerns with our senators and with others who soon will vote on Rao’s nomination and these 44 nominees.