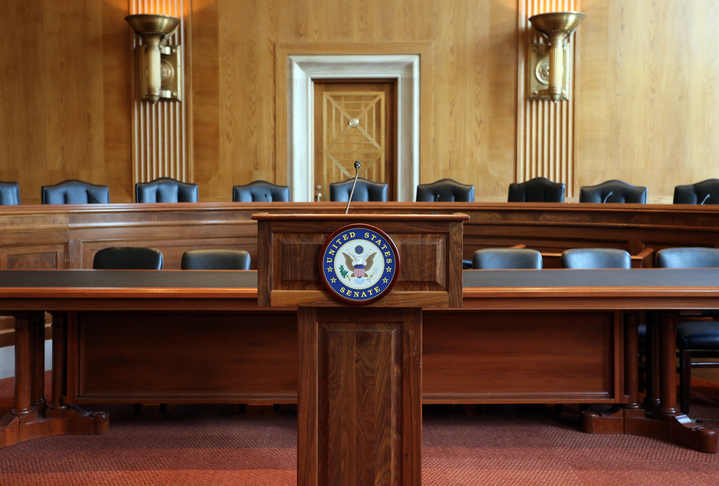 The nation is deeply divided. It grapples anew with stark racial inequality and injustice. A violent insurrection threatening political stability was recently staved off, and elected leaders stand accused of betraying their oaths to uphold the Constitution. There are calls from some for investigation and accountability, and calls from others to avoid looking too closely at the past for fear that it will hamper unification efforts. And the fife and fortepiano rank as popular musical instruments.

Until that last detail, one can be forgiven for thinking the moment described is 2021, not 1868. The similarities are striking. And that should be reason enough for us to mine the history of that moment and learn its lessons.

In 1868, in the wake of the Civil War, during a period of our nation’s history so transformative that it is often referred to as the Second Founding, the Fourteenth Amendment to the United States Constitution was adopted. Many people know about the Fourteenth Amendment’s first section, which contains its promises of equal protection, due process, and birthright citizenship. Less familiar are the accountability provisions of the Amendment’s third section, which prevent current or former government officials from ever again holding federal or state office if they “engaged in insurrection or rebellion” against the nation or gave “aid or comfort to the enemies thereof.”

At the time of the Amendment’s adoption, there were concerns that former Confederate officials, after betraying their oaths to uphold the Constitution, would simply take office once again, serving as destabilizing forces in a nation attempting to knit itself back together. The drafters of Section 3 of the Fourteenth Amendment took a broad approach, applying the disqualification not only to Confederate officials, but to anyone who had “taken an oath . . . to support the Constitution” and then subsequently engaged in insurrection or rebellion. This applied to “a member of Congress,” “an officer of the United States,” “a member of any State legislature,” and “an executive or judicial officer of any State.” The drafters also chose to make such disqualification permanent, unless the disqualification was lifted by a two-thirds vote in both the House and Senate. The drafters recognized that accountability doesn’t threaten unity, but rather is essential for achieving it.

Whatever questions exist about the outer limits of what constitutes “engag[ing] in insurrection or rebellion,” or giving “aid or comfort” to those who did, some of former President Donald Trump’s documented actions arguably fit the bill. On January 6, 2021, Trump urged an angry group of supporters to storm the Capitol, interrupt the counting of electoral ballots, and disrupt the orderly transfer of power. These actions followed weeks of Trump undermining confidence in the elections, spreading falsehoods that were disproven in a series of failed litigation challenges, and pressuring state officials to “find” votes in an attempt to change the election results. And Trump might have been joined by other officials who violated their oaths.

The bipartisan Select Committee to Investigate the January 6th Attack on the United States Capitol is working steadily to help Congress and the American public understand the tragic events of January 6, 2021, the events that led up to it, and what might be done to help avoid similar threats to our democracy in the future. The Select Committee has interviewed over 300 people, has received and is in the process of reviewing over 35,000 documents, and has fielded more than 250 tips through their tip line. As the bipartisan staff members meticulously review all this information, they should follow the information wherever it leads. If the information indicates that officials—including former President Trump—“engaged in insurrection or rebellion against the nation” or “gave aid or comfort to the enemies thereof,” the Select Committee should share such information with the public and make clear the implications for the ability of those individuals to hold office in the future. And Congress should consider taking any additional steps necessary. Section 5 of the Fourteenth Amendment explicitly vests Congress with “the power to enforce, by appropriate legislation,” the other sections of the Amendment, clearing the way for a range of congressional actions.

The text of Section 3 of the Fourteenth Amendment sets out no specific process or mechanism for removing offending officials from office and for keeping them off ballots when they seek office, whether on the state or federal level. However, scholars have cautioned that Congress might be best served by taking some affirmative action, and that such actions might differ based on whether the offending individuals are currently serving in office. For instance, offending members of Congress might be expelled by the two-thirds vote required by the Expulsion Clause, but Congress could also pass new Section 3 enforcement and implementation legislation establishing specific procedures for removing offending officials from office and governing determinations of future ineligibility for other offending individuals. Or Congress might, through a joint resolution, declare an official (such as a president) ineligible for future office pursuant to Section 3, understanding that such an official might challenge this in the courts.

The purpose of this short piece is not to prescribe specific congressional action, but rather to make the point that if the information being collected by the Select Committee warrants it, Congress has the opportunity to hold individuals like Trump accountable and prevent them from seeking office again. Congress should take that opportunity, confident that they are backed by the Fourteenth Amendment’s text and enactment history.

Of course, a year after the tragic events of January 6, 2021, there are those who once again caution that it is best to move on by not looking back. And here, history proves instructive once again. In 1872, a mere four years after adoption of the Fourteenth Amendment, Congress by the requisite two-thirds margin voted to remove the disqualification from all the state officers covered by Section 3, and then a few years later, Congress removed the disqualification for the few remaining individuals affected. Perhaps this was motivated by a belief that it was time to turn the page. But for whom was the page turned? While no one can yoke the failure to fulfill the promise of the Reconstruction era to one particular vote or action, it is unquestionably true that Congress’s vote held symbolic importance, as well as legal importance. Apparently, taking up arms against one’s country wasn’t considered that bad; after a mere four years in the political version of time-out corner, leaders who violated their oaths could once again run for office, essentially vying for the opportunity to take new oaths. By normalizing the continued political participation and leadership of former Confederate leaders, Congress further normalized many of the deeply oppressive ideas that led to the Civil War in the first place. It’s hard to separate Congress’s vote in 1872 from what came next—the brutal suppression of the rights of individuals who had only recently been freed from slavery, and the utter failure to fulfill the equality and liberty promises embedded in the Fourteenth Amendment.

Bryan Stevenson has said, “The North won the Civil War, but the South won the narrative war.” How Congress acts upon the information that is being carefully collected by the bipartisan January 6th Select Committee will be important not only for constitutional accountability, but also for how the American public understands the seriousness of what went on that day and whether such anti-democratic impulses gain further currency. We learn almost daily about how close we came to the election results being overturned, and how little separated a violent failed insurrection from becoming a violent successful one. And there remain serious concerns about the potential for another insurrection. If the Select Committee finds out that individuals violated their oaths to thwart the will of the people, it will be in part up to Congress to ensure that these officials never again govern in the people’s name. We ignore Reconstruction history at our peril.