Elizabeth Sepper Professor of Law, The University of Texas School of Law 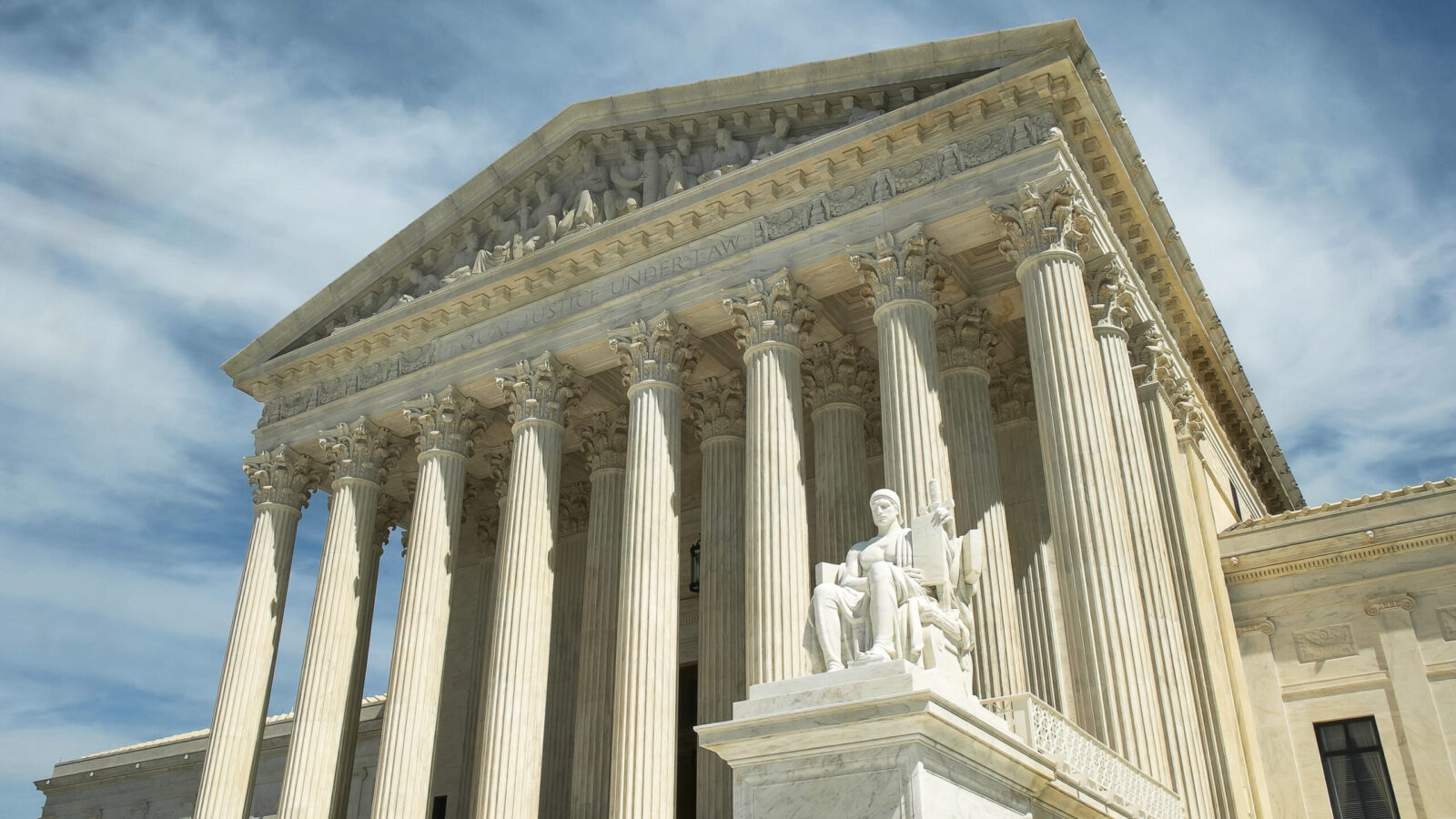 In Our Lady of Guadalupe School v. Morrissey-Berru, religious schools won a First Amendment right to hire and fire their teachers because of their race, sex, disability, age, or any other reason. In a 7-2 decision, the Court dramatically expanded the “ministerial exception,” a doctrine that permits religious institutions to choose their “ministers.” This expanding realm of religious employer immunity from law portends danger for other worker protections and for the equality of workers in healthcare, higher education, and beyond.

Just eight years ago, in Hosanna-Tabor Evangelical Lutheran Church and School v. Equal Employment Opportunity Commission, the Supreme Court first recognized the “ministerial exception.” Chief Justice Roberts wrote that a church’s independence “on matters of faith and doctrine requires the authority to select, supervise, and if necessary remove a minister without interference by secular authorities.” The Court unanimously held that the First Amendment exempts religious institutions from civil rights laws when they employ ministers.

In principle, virtually everyone agrees that churches should be able to make decisions about their ministers that align with their religious tenets, even biased ones. The doctrine was said to explain why the Catholic Church can have only men as leaders within the hierarchy.

Hosanna-Tabor, however, took the doctrine further. The church does not need religious reasons for its employment decisions. Nor is a minister limited to those with leadership roles. Instead, the Court determined that ministers could be identified by looking to the employee’s title, religious training, the employee’s and employer’s understanding of her role, and whether her duties included “important religious functions.” Justice Alito concurred but argued that a “focus on the function performed by persons who work for religious bodies” would provide more clarity.

In Morrissey-Berru, his test becomes the Court’s position. As elementary school teachers at Catholic schools, both plaintiffs taught some religion and prepared and accompanied children to religious celebrations. These duties rendered them ministers, according to the Court. “What matters, at bottom,” Justice Alito wrote, “is what an employee does.”

The emphasis on employees, however, is not reflected in his analysis. As Justices Sotomayor and Ginsburg noted in dissent, the teachers “taught primarily secular subjects, lacked substantial religious titles and trainings, and were not even required to be Catholic.” At bottom, looking to the employees’ activities seems to cut in the opposite direction.

Instead, the religious institution stands at the center of the opinion. What it does, how it perceives its employees, and what it tells them determine whether those employees are ministers. Three times Justice Alito repeats that educating and forming students in the faith “lie at the very core of the mission of a private religious school.” It is this mission, he suggests, that makes schoolteachers ministers. It is important, not how workers think of themselves, but that that their schools “saw them as playing a vital part in carrying out the mission of the church.” He emphasized that their contacts and handbooks also “specified in no uncertain terms that they were expected to help the schools carry out this mission.”

While he purports to focus on employees, Justice Alito’s test seems to distill to three questions: does the organization have a religious mission, does it perceive the employee to advance that mission, and do formal documents like employment agreements indicate a religious role? The employee’s perception of her role, how she spends her time at work, how she is trained, and what she is called recede from the analysis.

In Morrissey-Berru, the Court treads perilously close to saying a minister is whomever an employer says she is. Indeed, Justice Thomas joined by Justice Gorsuch applauds this step and encourages further deference. Concurring, he wrote that if the U.S. Conference of Catholic Bishops say that “Catholic teachers play a critical role” in the Church’s ministry—that should be enough.

This laser focus on the institution, rather than the employees, is consistent with Justice Alito’s extreme deference to religious employers in other cases. His opinion in Burwell v. Hobby Lobby and his concurrence in this term’s Little Sisters of the Poor v. Pennsylvania both indicate that courts should play no role in determining whether a regulation—there the contraceptive mandate—substantially burdens an employer’s religion. “It was not for us to say that their religious beliefs are mistaken or insubstantial.” Instead, it was for the employers to determine.

So what does this emphasis on institutional autonomy mean? Most immediately, Morrisey Berru devastated worker protections in religious schools. For decades, teachers in religious schools have been able to sue when they were fired for their race, disability, pregnancy through use of IVF, or divorce. Now, a rule said to ensure the Catholic Church didn't have to hire women as priests has turned thousands of women into ministers of that church.

The Court’s decision also cuts back the gains from last month’s landmark win in Bostock v. Clayton County. LGBTQ workers newly safeguarded by Title VII of the Civil Rights Act still can be fired if they work for religious schools (and perhaps other religious institutions).

In the future how dramatic will the expansion of institutional immunity be after Morrissey-Berru? First, from which laws are schools now exempt? Morrissey-Berru involved antidiscrimination statutes like the Americans with Disabilities Act and Title VII of the Civil Rights Act. But other workplace protections seem likely to be affected. Religious institutions unsuccessfully demanded a right to violate the Fair Labor Standards Act the past. Might they now claim a constitutional right to hire only ministerial employees who will work for less than minimum wages? Labor law might be next, the National Labor Relations Board currently doesn’t require religious colleges to bargain collectively even with adjunct faculty. Will this become a Constitutional rule?

Second, which employees will be affected? If a religious mission and performance of duties important to the mission suffice to make an employee a minister, employees at a range of institutions likely will discover they're ministers only after they've been fired for getting breast cancer, having a baby, or celebrating their marriage. As the plaintiff’s counsel observed, “Countless employees of religious institutions — not just lay teachers, but also nurses in hospitals, counselors in summer camps, cooks and administrators in social services centers, and other categories of workers — perform duties that their employers sincerely consider important to their religious missions.”

Finally, which institutions can claim this new religious privilege? While the Supreme Court’s decision was specific to religiously affiliated elementary and secondary schools, its reasoning easily transfers to other religious organizations. Consider the Little Sisters of the Poor, a Catholic-affiliated nursing home chain. Just this term, the Court described the Little Sisters as “called by their faith to care for their elderly residents” and to “constantly live out a witness” to the dignity of human life. It has a clear overarching mission to care and treat patients with dignity and probably assigns many employees this role. It likely also provides in its employee handbook, like other Catholic healthcare providers do, that staff further its mission consistent with Catholic values. Will its employees also be ministers?

As the ministerial exception expands, for-profit corporations may seek out exemption as well. In Hobby Lobby, the Court insisted that for-profit organizations had the same claim to religious exercise as did non-profit organizations under the Religious Freedom Restoration Act. It later assumed that a for-profit cake shop could make out a constitutional claim to religious liberty. And in one of the cases consolidated with Bostock, a for-profit funeral home initially argued that the ministerial exception permitted it to fire Aimee Stephens, because she was transgender.

All this may sound far-fetched. But the privilege to violate employer protections with impunity is valuable. While usually religious exemptions don’t offer financial advantages, here they do. And the ministerial exemption may creep into multi-billion dollar Catholic healthcare systems and eventually into the for-profit world.