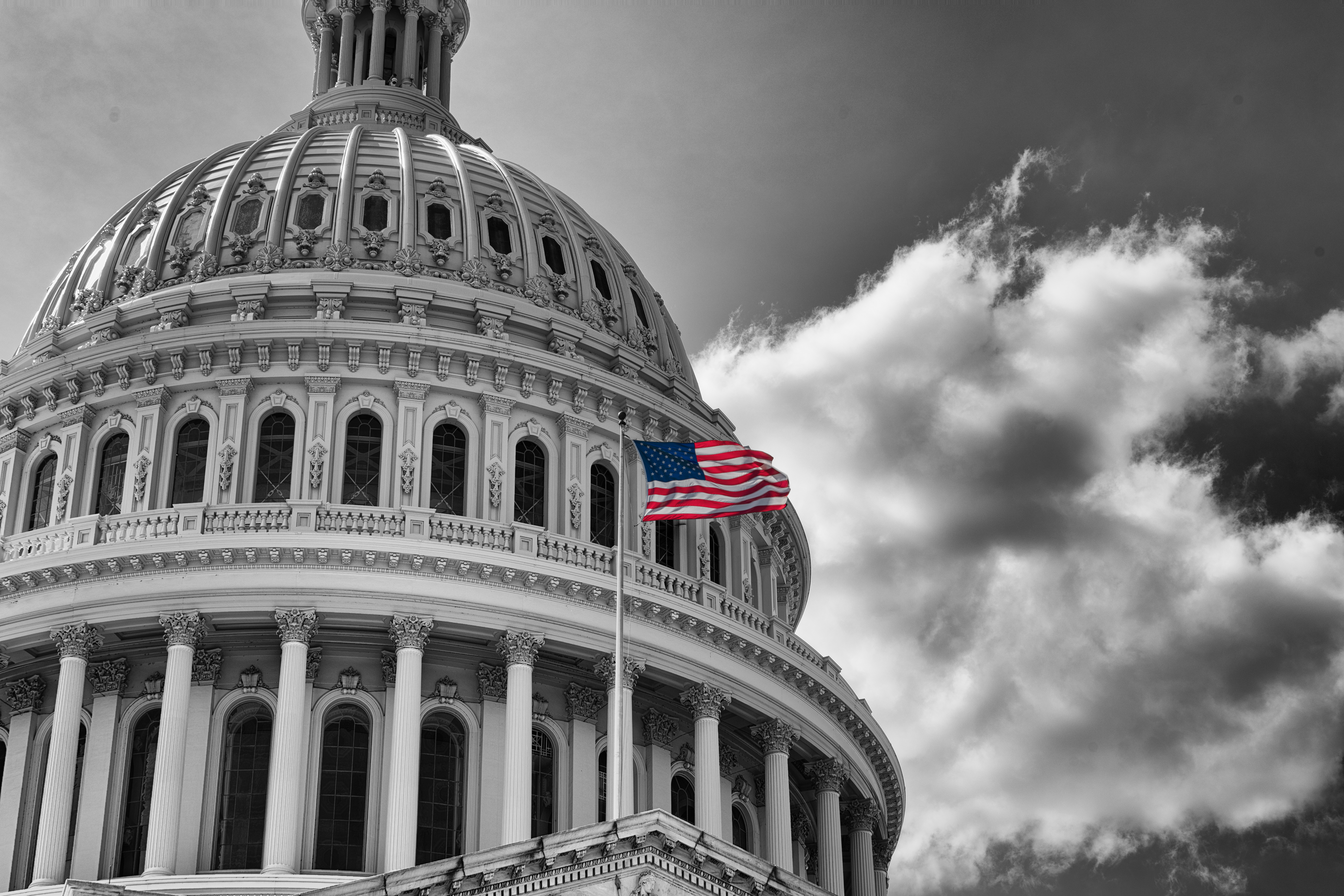 With the Senate’s acquittal of former President Trump, the focus now turns to whether Section Three of the Fourteenth Amendment prohibits him from serving as President again. Until January 6th, Section Three was perhaps the most obscure part of the Constitution. The text states, in part:

No person shall be a Senator or Representative in Congress, or
elector of President and Vice President, or hold any office, civil
or military, under the United States, or under any State, who,
having previously taken an oath, as a member of Congress, or
as an officer of the United States, or as a member of any State legislature, or as an
executive or judicial officer of any State, to support the Constitution of the
United States, shall have engaged
in insurrection or rebellion against the same . . .

Section Three was ratified to exclude former civil officials and military officers who joined the Confederacy from serving in office unless Congress (by a two-thirds vote in each House) extended a waiver. The provision was enforced vigorously during Reconstruction, in part through civil actions brought against ineligible officials under Section 14 of the First Ku Klux Klan Act. In 1872, though, Congress granted amnesty to most of the men covered by Section Three in the hope that this would reconcile Southern whites to the rest of the Fourteenth Amendment. This hope was misplaced, and Section Three soon sank from view.

Section Three is once again relevant due to the extraordinary events at the Capitol and the widespread condemnation of the attack as an insurrection by Republicans and Democrats in Congress. This characterization, reinforced by the article of impeachment adopted by the House of Representatives that expressly invoked Section Three, strongly suggests that anyone who “shall have engaged” in that insurrection after having sworn an oath to protect the Constitution is now ineligible to serve.

Even if Congress does nothing to enforce Section Three or name the former President as an insurrectionist, the issue will be litigated if Trump tries to run again in 2024. State election officials charged with determining ballot access in the presidential primaries will have to make an initial determination on whether he is eligible to serve under Section Three. Some of these officials will invariably say that Trump is ineligible, and he will then challenge those rulings in court. While there is authority holding that Section Three is not self-enforcing in an area under federal jurisdiction (for instance, in the District of Columbia), states did enforce Section Three on their own during Reconstruction and can do so again. The Supreme Court will almost certainly be asked to hear at least one of the state cases on Trump’s eligibility.

Nevertheless, Congress should take action to enforce Section Three against anyone engaged in the January 6th insurrection. There is currently no federal statutory authority to enforce Section Three, and if this deficiency is not addressed many problems will follow. First, some states may simply choose to ignore Section Three or do minimal enforcement. Second, having each state enforce Section Three in its own way will result in a haphazard system especially ill-suited to resolving a question of presidential ineligibility. Third, if former President Trump runs again, his eligibility must be determined promptly--before any elections take place--otherwise the Republican nominating contest will be thrown in chaos. But the ability of the ex-President or his opponents to engage in litigation gamesmanship during a primary process where each state is acting independently could easily thwart a prompt resolution by the Supreme Court. And it would be particularly unfortunate if the Court were called upon to resolve the issue in an emergency application for a stay on the eve of a primary where due deliberation on the arguments could not occur.

Congress can resolve many of these issues by using its enforcement authority under Section Five of the Fourteenth Amendment to create a rational and fair process for Section Three claims. For example, these claims could be assigned to federal court and even to a specific court such as the U.S. District Court for the District of Columbia. Likewise, Congress could provide for a three-judge district court rather than a single district judge as the court of original jurisdiction, with an expedited appeal to the Supreme Court. The Attorney General could be given primary authority to initiate Section Three actions, perhaps alongside a limited private right of action. Finally, Congress can determine the standard of proof that should apply in a Section Three case.

In addition, Congress could adopt a concurrent resolution making factual findings about the insurrection and expressing its view that the former President is now ineligible to serve under Section Three. This would be a non-binding statement of Congress’s opinion that could be cited as persuasive authority in any future litigation. Contrary to some media commentary, such a resolution would not be a bill of attainder criminally punishing someone without a trial prohibited by the Constitution. First, a concurrent resolution is not a bill. Second, a bill of attainder is binding, which makes that act completely different from a non-binding concurrent resolution. Third, bills of attainder involve a criminal punishment, whereas there is considerable authority describing Section Three as creating only an eligibility requirement for office. Fourth, the Framers of the Fourteenth Amendment self-consciously drafted Section Three as a modification of the Bill of Attainder Clause, which makes the attainder argument singularly inapt here. Congress is free to express its collective view of Section Three as applied to Trump, though 60 votes would be required in the Senate to overcome a filibuster. But Congress does not need to adopt such a concurrent resolution for Trump to be found ineligible by a court.

If the ex-President does seek office again in 2024, he will be able to make several arguments in any litigation challenging his eligibility to serve. Trump can contend, as one of his lawyers did during the impeachment trial, that what occurred on January 6th was not an insurrection. He can also say that he was not “engaged in insurrection.” Note, though, that “engaged” connotes a broader understanding of participation than an “incitement” of insurrection, which was the charge in the article of impeachment that 57 senators found convincing. Engagement is also largely a factual question, which means that the ex-President could be compelled to testify about his actions or required to produce any records in his possession about those events. Lastly, Trump could argue that Section Three does not cover the President or the presidency in part because that office is not specifically mentioned in the text. On balance, I believe that this claim is unpersuasive. A similar point was raised in the Thirty-Ninth Congress, and the argument that the presidency was not included in the broad language describing the ineligible offices was rejected. Moreover, John Bingham—one of the leaders of the Joint Committee on Reconstruction—told his constituents in August 1866 that Section Three meant that “no man who broke his official oath with the nation or State, and rendered service in this rebellion shall, except by the grace of the American people, be again permitted to hold a position, either in the National or State Government.”

Let me conclude by clearing up two misconceptions about Section Three. First, a concurrent resolution of Congress declaring that Trump is ineligible does not make him ineligible. A disqualification from office imposed after an impeachment conviction is final. A concurrent resolution on Section Three would instead be non-binding and subject to judicial review. Only a court judgment can make an individual ineligible under Section Three. Second, the application of Section Three does not require a criminal conviction for insurrection. No such requirement was imposed when the provision was enforced during Reconstruction. Congress could, of course, choose “beyond a reasonable doubt” as the standard of proof in a Section Three action, but a standard like “clear and convincing evidence” would adequately protect the liberty interests of anyone sued as ineligible.

Section Three of the Fourteenth Amendment is the only part of the Constitution specifically directed at white supremacists. As a result, the use of that provision in response to an insurrection that carried the Confederate flag inside the Capitol is entirely appropriate and justified.