Death by One Thousand Cuts: How the Trump Administration Is Using Rulemaking to Kill the Endangered Species Act 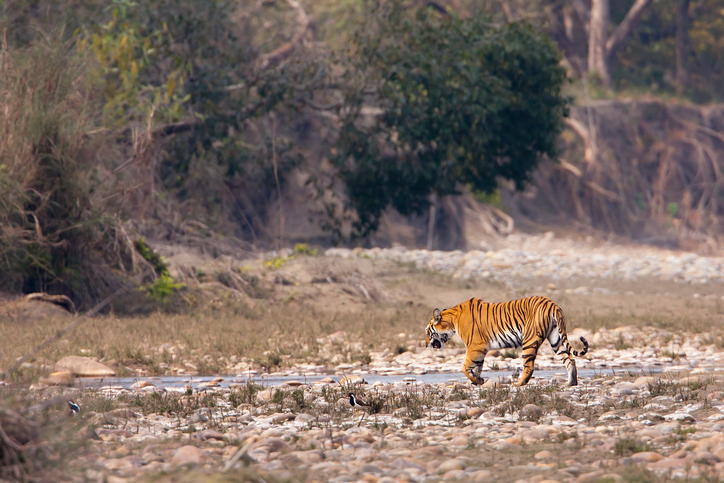 The Endangered Species Act (ESA) has been remarkably successful in preventing the extinction of species. Only one percent of the more than 1,800 species listed in the United States as endangered or threatened have been declared extinct after receiving the protections of the Act and many species are on the path to recovery. But despite significant efforts to prevent extinction, the loss of biodiversity, driven largely by habitat degradation and destruction, remains a rapidly growing crisis. Indeed, with climate change exacerbating biodiversity loss, scientists estimate that by 2050, 10 percent of all terrestrial species will be “committed to extinction.”

If we are to avert what scientists call the “Sixth Extinction” we should strengthen the laws and policies, like the ESA, that protect imperiled species and their habitat. But the Trump administration is proposing just the opposite. In three separate notices totaling more than 100 pages, the administration is proposing fundamental changes to the way the ESA is implemented.

Remarkably, not one of these proposals would improve species conservation. Instead, their “reforms” would undermine policies affecting the listing and delisting of species, the designation of critical habitat, the protections afforded threatened species, and the scope of consultations to avoid jeopardizing species and their habitats.

Most concerning, the proposal would open the door to consideration of economic issues in listing species. Whether a species is endangered or threatened is a scientific question not an economic one. The ESA is a flexible law and it allows for consideration of costs in designating critical habitat and developing recovery plans, but economics should play no role in determining a species’ biological status. Injecting cost considerations in the listing process could sap agency resources, make listing decisions more contentious, and delay protections for species that need them.

The administration is also proposing to eliminate a longstanding rule that automatically applied the same protections to threatened species as endangered species, unless the Fish and Wildlife Service develops a species-specific rule under Section 4(d) of the Act. Eliminating this “blanket 4(d) rule” changes the default from full protection to no protection. With limited funding and constant political pressure not to regulate, the Service will have a harder time ensuring the conservation of threatened species.

When Congress passed the ESA it was acutely aware that stemming the loss of biodiversity required more than protecting individual animals and plants: it also required protecting habitat from destruction or adverse modification. Of the many threats to America’s wildlife heritage, Congress recognized that the “most significant has proven also to be the most difficult to control: the destruction of critical habitat.” H.R. Rep. No. 93-412, at 4 (1973). Nonetheless, the Trump administration is proposing a number of changes to the Act’s critical habitat provisions – none of them good.

One change would require that destruction or adverse modification of critical habitat be considered “as a whole.” Critical habitat is already defined as the areas “essential to the conservation of the species.” If that is the case, loss of any portion could impact the species’ recovery. In practice, the Service often approves alterations to designated critical habitat, but this regulation would explicitly authorize the piecemeal destruction of essential habitat leading to “death by one thousand cuts.”

The regulation would also make it more difficult to designate unoccupied critical habitat, areas where the species does not currently reside but which scientists believe are nonetheless essential to the conservation of the species. These could include intact areas of historic habitat, degraded habitats that are capable of restoration, or other areas that provide important benefits to the species. The proposal – which takes aim at the designation of unoccupied habitat for the dusky gopher frog (which the Supreme Court will consider in October) – would do nothing to conserve species and could in fact confine numerous species, like the frog, that lack sufficient occupied habitat to extinction.

In today’s polarized political environment, it’s hard to imagine we once had a national consensus on environmental protection. The ESA passed the Senate 92-0 and the House 355-4. It was signed into law by Richard Nixon, a Republican president who said, “Nothing is more priceless and more worthy of preservation than the rich array of animal life with which our country has been blessed.” The Clean Water Act, the Clean Air Act, and the National Environmental Policy Act were all approved by wide margins.

But President Trump is no Nixon. This administration has targeted the EPA, our public lands, and our coasts at the behest of special interests. Now they are setting their sights on the Endangered Species Act. The Trump administration’s “reforms” undermine America’s sacred commitment to preserving its biodiversity heritage.