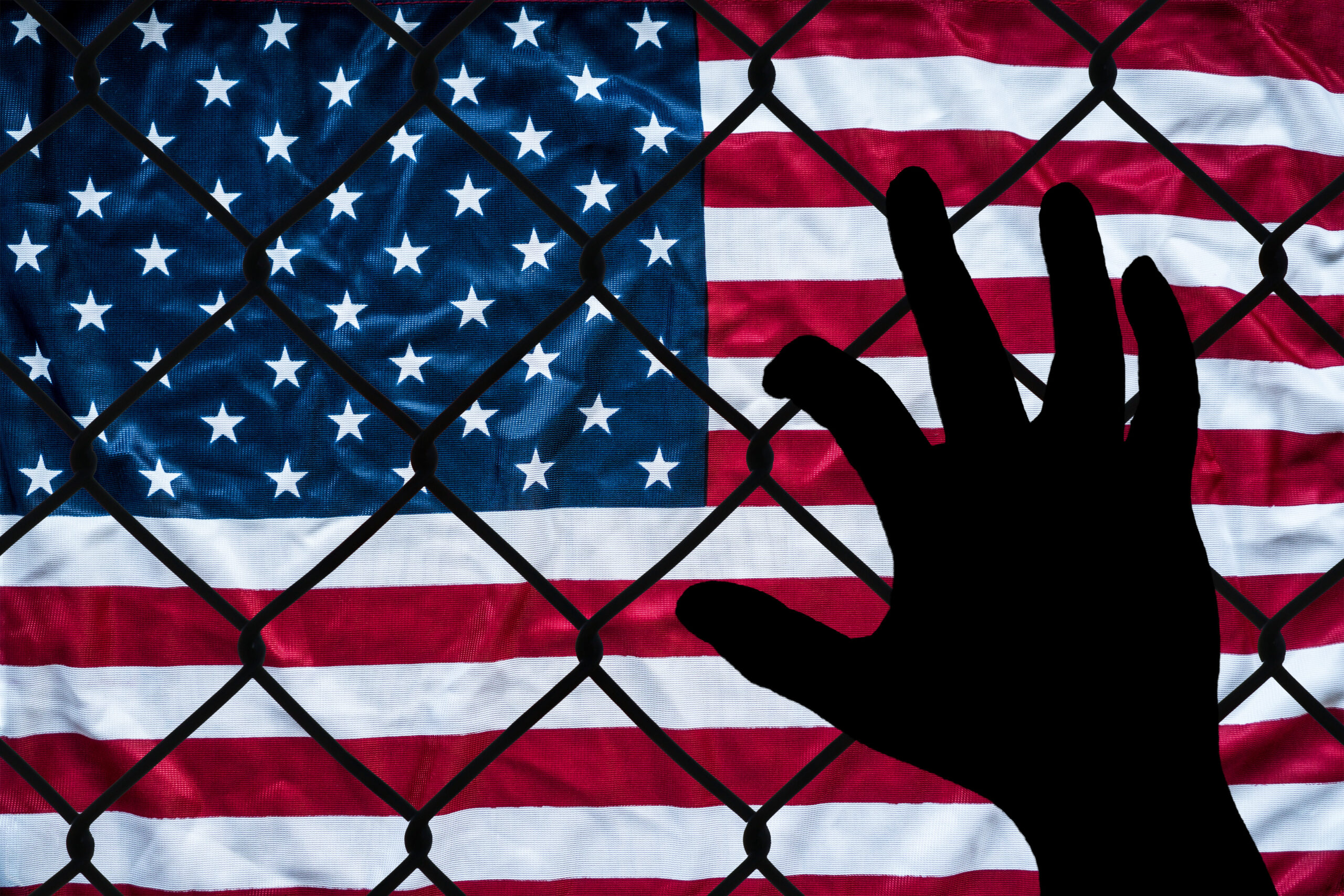 David is a third-year law student at the Indiana University Maurer School of Law and previously served in the Obama Administration at the White House and U.S. Department of Homeland Security.

Many people will remember where they were on Thursday, June 18, 2020, when they received the news about the fate of DACA—the program that grants lawful presence and work authorization for two-year increments to undocumented individuals who arrived in the United States as minors. That day, the Supreme Court ruled 5-4 that the Trump administration’s method of rescinding the program was unlawful under the Administrative Procedure Act[1]. But while DACA recipients across the nation rejoiced because they were temporarily safe, there was still an abysmal feeling that lingered; the Court flat out rejected the merits of the DACA recipients’ equal protection claim.

I worked at United States Citizenship and Immigration Services (USCIS), the agency that administers DACA, during the Obama Administration—and I saw how much joy the program brought DACA recipients. But at the same time, the politicization of the program made these individuals carry on through life with a measured optimism because they knew the program’s destiny rested in the hands of whoever occupied the White House. Near the end of President Obama’s last term, there were about 700,000 people enrolled in the program—and all 700,0000 had reason to fear for the program’s fortune under the incoming Trump administration. Their fears were valid. On September 5, 2017, then-Attorney General Jeff Sessions announced the end of DACA as they knew it.

While last week’s victory saved the program, for now, I am unsatisfied with the Court’s view that the termination of the program did not violate the Equal Protection Clause. The majority allocated three pages out the 74-page opinion to the DACA recipients’ equal protection argument—which, I believe, spoke volumes of the majority’s obliviousness to the hard reality that President Trump’s immigration policy is discriminatory, or as Justice Sotomayor stated in her dissent, “contaminated by impermissible discriminatory animus.”[2] The underlying strategy of this administration’s immigration policy has been to create an immigration system that discriminates based on national origin instead of one that welcomes those who wish to contribute to the fabric of the United States—and the decision to end DACA was a key part of this plan.

The Court laid out a simple rule to successfully plead animus: “a plaintiff must raise a plausible inference that an ‘invidious discriminatory purpose was a motivating factor’ in the relevant decision.”[3] The plurality refused to conclude that discrimination played a role in the administration’s decision to end DACA[4]. The DACA recipients alleged, and to no avail, that animus towards them was “evidenced by (1) the disparate impact of the rescission on Latinos from Mexico, who represent 78% of DACA recipients; (2) the unusual history behind the rescission; and (3) pre- and post-election statements by President Trump.”[5]

First, the majority argued that the rescission did not have disparate impact on Latinos from Mexico because “Latinos make up a large share of the unauthorized alien population, [and] one would expect them to make up an outsized share of recipients of any cross-cutting immigration relief program.”[6] I disagree. As Justice Sotomayor stated in her dissent the “executive decision disproportionately harm[ed] the same racial group that the President branded as less desirable mere months earlier.” Further, it is true Latinos from Mexico make up a large portion of the undocumented community in the United States, about 10.5 million people[7] , but this does not make them impervious to discrimination. This population of people has felt the brunt of President Trump’s hostile immigration agenda—family separation at the U.S.-Mexico border, remain in Mexico policy, increased Immigration and Customs Enforcement (ICE) presence in majority Latino neighborhoods, and explicit verbal attacks from the President, to name a few. So, placing a spotlight on the sheer number of Latinos distracts from the point that they still experience unfavorable, disparate treatment irrespective of how many of them are in the United States.

Second, there was an unusual history behind the rescission of DACA—and it does not take an expert political observer to notice. The Court’s majority concluded that the termination of DACA “was a natural response”[8] based on the administration’s interpretation of a similar program’s, Deferred Action for Parents of Americans (DAPA), legal defects. And Justice Sotomayor retorted that “[t]he abrupt change in position plausibly suggests that something other than questions about the legality of DACA motivated the rescission decision.”[9] I agree. If one puts the DACA rescission within context of the of President Trump’s immigration actions, there is an overt trend: a clear intent on limiting immigration from destitute countries with majority black and brown immigrants. For example, for pure political reasons, the administration unsuccessfully attempted to end[10] Temporary Protected Status (TPS) for Haiti, El Salvador, and Honduras. If successful, this action would have facilitated the deportation of 400,000 TPS recipients who sought refuge in the United States from dire country conditions like earthquakes and hurricanes. Additionally, the implementation of the new public charge rule was devised to disqualify low-income immigrants who use public benefits—like SNAP and Medicaid—from obtaining permanent status in the United States. And the planned termination of DACA was meant to aid a campaign promise[11] to remove a large portion of Mexican nationals from the United States. Thus, taken the administration’s immigration agenda altogether, the ending of DACA fit squarely within the plan to curtail immigration from specified individuals instead of a “natural response to a newly identified problem.”

Last, if the Court needed a smoking gun for “contemporary statements”[12] that displayed the President’s animus towards immigrants, there were plenty to choose from. And if any of his immigration acts were legitimate, they were clouded by his past remarks. As Justice Sotomayor said, the majority should not have “disregard[ed] any of the campaign statements as remote in time from later-enacted policies.”[13] Throughout his presidential campaign announcement speech, then-candidate Donald Trump proclaimed that he would “make America great again”[14] by ushering in reforms that would curb immigration from Mexico. In regard to legal Mexican migration, President Trump stated: “They're sending people that have lots of problems . . . they're bringing drugs . . . they're bringing crime . . . they're rapists.”[15] And his widely-known public remark, “Why do we have these people from all these sh*thole countries here? We should have more people from places like Norway,”[16] should have put the majority on notice that he favored an immigration system that discriminates based on national origin. But that is not all. During the President’s past remarks on U.S. Mexico border policy, he exclaimed, “You wouldn’t believe how bad these people are. These aren’t people, these are animals, and we’re taking them out of the country at a level and at a rate that’s never happened before.”[17] These statements show his clear pattern of thinking that some immigrants are not worthy to come to the United States, and the administration should use its capabilities to remove them. The majority had a laundry list of statements from President Trump that showed a clear inference of discriminatory motive.

Even with a great result last week, the Court’s blind eye to motivations behind President Trump’s immigration agenda is cause for concern. The Supreme Court’s failure to realize that the Trump administration’s attempt to phase out DACA was motivated by animus rather than a valid national interest will cast a permanent blemish on the Court’s legacy. Chief Justice Roberts famously stated: “The way to stop discrimination on the basis of race is to stop discriminating on the basis of race.”[18] But this can never be true if the Court continues to sanction blatant discriminatory acts that embolden government officials to diminish opportunities for people because of their national origin.