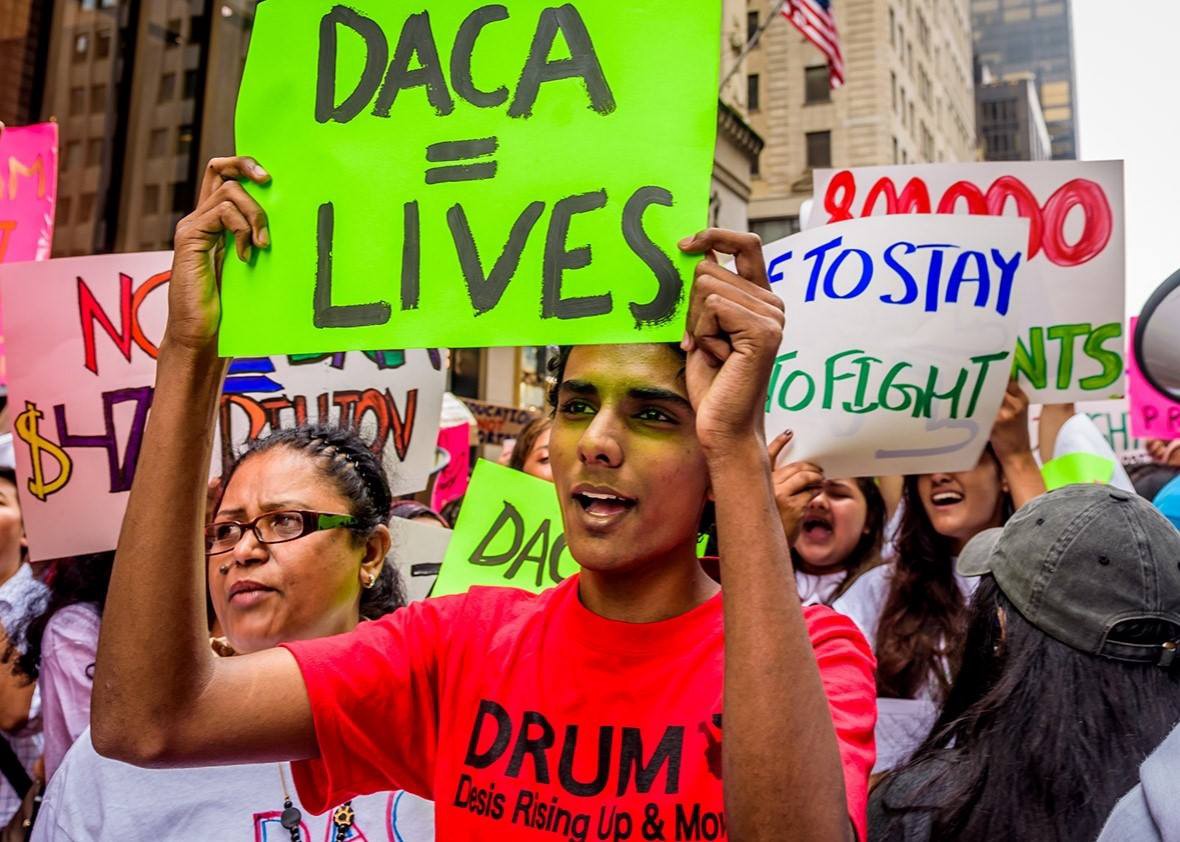 On June 18, 2020, the Supreme Court issued a long awaited decision in DACA or Deferred Action for Childhood Arrivals. The decision was authored by Chief Justice Roberts in a 5-4 opinion holding that DACA is reviewable by the Court. On the merits, the Court held that the agency’s (Department of Homeland Security) decision to end DACA was “arbitrary and capricious” under administrative law.

While the Court upheld DACA on a narrow issue of administrative law, the human impact of this decision is significant and means that the DACA policy, implemented 8 years ago under the Obama administration, will continue. The DACA decision means that more than 600,000 people who came to the United States before the age of 16, have lived in the United States for more than one decade, and have contributed profoundly to America, a country they call home, will continue to be protected under a kind of prosecutorial discretion called “deferred action.” Last week’s outcome opens the door for thousands of new dreamers to request deferred action for the first time since the policy ended and realize their potential, while serving on the frontlines, going to college, providing for their parents, and building their own families. The future is uncertain but the victory of today’s decision is crystal clear.

One focus by Chief Justice Roberts was on agency memos issued by the Department of Homeland Security about the end of DACA -- one in 2017 (Duke Memo) --  announcing the end of DACA, and the other in 2018 (Nielsen Memo), nine months later. As described by the Court, both memos rested the termination of DACA on the conclusion that it was unlawful but the Nielsen Memo went one step further by listing three policy reasons for ending DACA, including but not limited to the importance of congressional action and ‘sending a message’ about immigration enforcement. The Nielsen Memo mentioned the reliance interests of DACA recipients but found they were outweighed by the law and reasons for ending DACA. The Supreme Court viewed these policy reasons as “impermissible post hoc rationalizations” and in doing so stressed the value of “administrative accountability”, shedding light on the basic rule as follows: “An agency must defend its actions based on the reasons it gave when it acted.”

The Court next turned to whether the decision for ending DACA was “arbitrary and capricious” under administrative law and to do so focused on whether the Duke Memo considered the “hardship” or alternate options for protecting DACA recipients. The Court found that Duke failed to consider reliance interests, and underscored this point through its own examples “Had Duke considered reliance interests, she might, for example, have considered a broader renewal period based on the need for DACA recipients to reorder their affairs. for DACA recipients to reorder their affairs. Alternatively, Duke might have considered more accommodating termination dates for recipients caught in the middle of a time-bounded commitment, to allow them to, say, graduate from their course of study, complete their military service, or finish a medical treatment regimen. Or she might have instructed immigration officials to give salient weight to any reliance interests engendered by DACA when exercising individualized enforcement discretion.” These defects made the Duke Memo “arbitrary and capricious.”

Justice Kavanaugh issued a dissent, believing that the the court should have considered explanations given by DHS in 2018. He opined that he was unaware of any other case that has used the legal doctrine of “post hoc” justification to exclude an agency explanation and opined that the decision “seems to allow the Department on remand to relabel and reiterate the substance of the Nielsen Memorandum, perhaps with more elaboration.”

Justice Thomas wrote a dissent, joined by Justice Alito and Justice Gorsuch. Though the case was not about whether DACA is legal, Justice Thomas made his views clear at the start of his opinion by labeling DACA as “unlawful from its inception.” Much like the announcement by former Attorney General Sessions, he declared DACA unlawful without providing explanation, confused “lawful presence” and “lawful status” (a distinction with a difference in immigration law), and misunderstood the critical role of prosecutorial discretion in immigration which in turn operates as a system where people are removed and others are left alone. With limited resources, DHS can only target a fraction of the people who qualify for immigration enforcement. Justice Thomas concludes that DACA has “fundamentally altered the immigration laws” but the reality is that deferred action policies like DACA operate in law’s domain.

How the story of DACA continues or ends remains to be seen. The Supreme Court “remanded” or sent the case back to the lower courts to issue opinions consistent with today’s ruling. This means that the agency (DHS) will be given specific instructions about how to reinstate DACA as it existed in 2012. The openings are wide but so too are the opportunities for DHS to revisit and create a new memorandum to end DACA with “more” explanation. Meanwhile, Congress still has the right and responsibility to pass a solution that provides legal status to those with DACA, their families and others who have lived in limbo and outside an immigration statute that has not been updated in more than 30 years.

Beyond Deportation: The Role of Prosecutorial Discretion in Immigration Cases: https://nyupress.org/9781479829224/beyond-deportation/

This originally appeared on Medium.