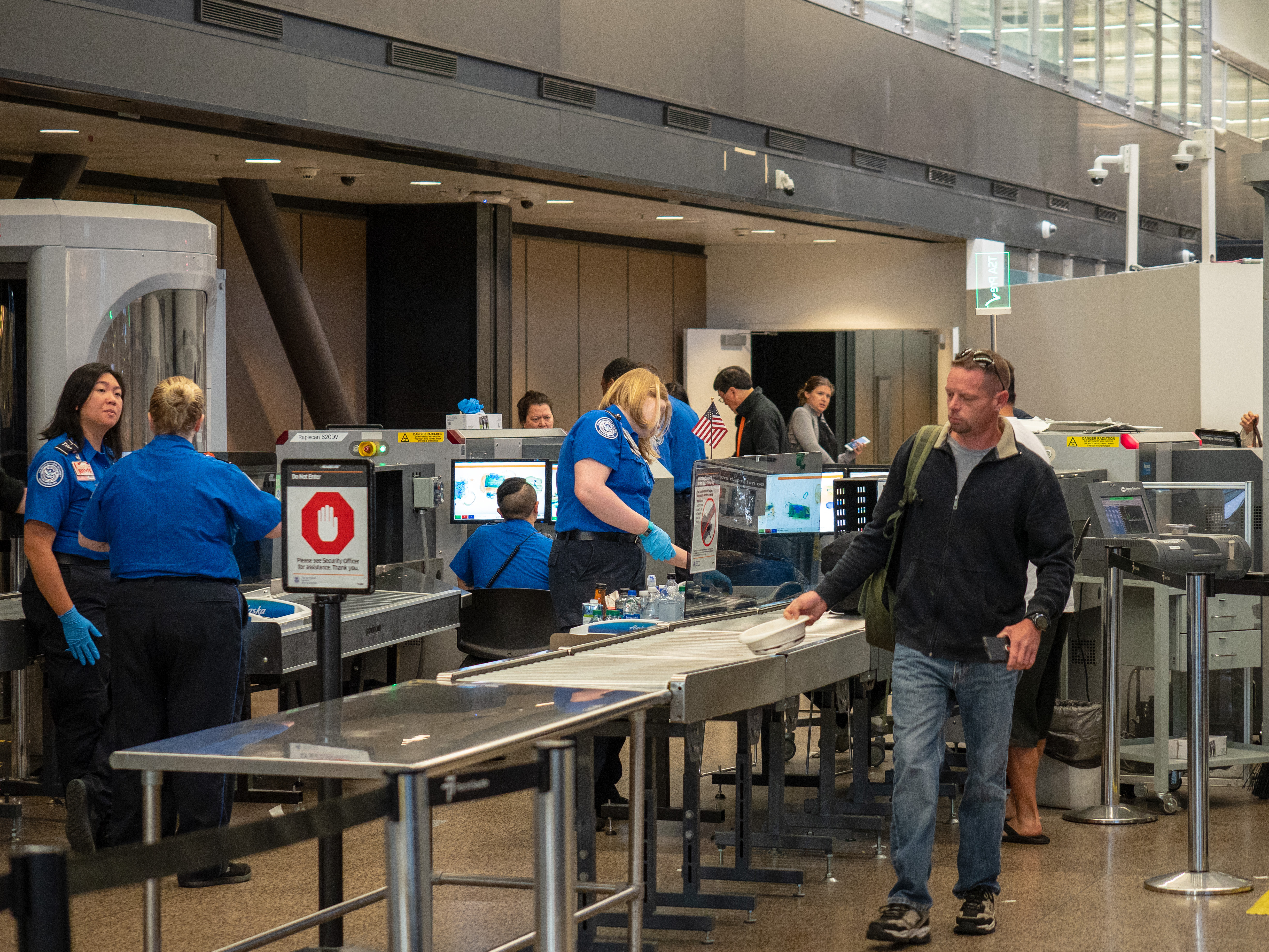 For nearly 20 years, Muslims in the United States have borne the brunt of aggressive and over-reaching national security practices.  Among the most pervasive are security screenings at airports and ports of entry.  Muslims’ experiences of being frisked, interrogated about their religious beliefs and practices, and having their electronics confiscated has become so frequent that it is referred to as “Flying While Muslim.”

Underpinning such religious profiling is a massive terrorist watchlist comprising more than 1.1 million names, the majority of whom are Muslim and over 4,600 are U.S. citizens and green cardholders. Multiple federal agencies can nominate persons to the Terrorist Screening Center (TSC), which is responsible for vetting the watchlists.  Ninety-nine percent of all nominations are accepted, triggering serious civil liberties concerns with the lack of meaningful review.

After years of litigation, and futile administrative complaints through the DHS Traveler Redress Inquiry Program (TRIP), the Muslim plaintiffs in Elhady v. Kable finally obtained legal relief.  On September 4, 2019, the federal district court in Virginia ruled that  the watchlisting process is unconstitutional. The absence of a pre- or post-deprivation hearing coupled with a sham administrative grievance process persuaded Judge Trenga to grant summary judgment for plaintiffs on their procedural due process claim.

Most notable was the court’s recognition of the high reputational costs suffered by the Muslim plaintiffs, not only during travel but in other forums.  This finding is a welcome humanization of Muslims, whose dignitary and civil rights have been systematically subordinated to abstract national security interests. Whether challenging the National Security Entry Exit Registration System (NSEERS), immigration roundups of Arabs and Muslims after major terrorist attacks, or punitive detention conditions for terrorism suspects, Muslims have consistently been rebuked by courts deferential to the executive branch.

In contrast, the court in Elhady found the plaintiffs had a liberty interest, under the Fifth Amendment Due Process Clause, in being free from false governmental stigmatization as a terrorist.  Citing the 1976 Supreme Court case Paul v. Davis, the court stated “[a] person has certain rights with respect to governmental defamation that alters or extinguishes a right or status previously recognized by state law, known as a ‘stigma-plus.’” To show stigma-plus, plaintiffs must show both a stigmatic statement and a state action that alters or adversely affects plaintiffs’ interests.

The 23 Muslim plaintiffs filled the record with accounts of humiliating and abusive treatment by federal agents in the Customs and Border Patrol and Transportation Security Administration.  The lead plaintiff Anas Elhady was held for nearly six hours in “a small, freezing cold holding cell with bright lights,” causing him to be hospitalized. Another plaintiff, Ahmed Al Halabi, was “surrounded by armed CBP officers, handcuffed in front of his children and detained in a freezing cold holding cell for approximately two to three hours” when crossing the Canadian border by car. At least six of the plaintiffs were held at gunpoint, while their friends and families watched in horror.  And many were asked intrusive questions about what mosques they attended, what sect of Islam they belong to, and whether they study Islam full time.

After repeated unsuccessful attempts to remove their names from the terrorist watchlist through the DHS TRIP, some plaintiffs stopped traveling outside the United States or on airplanes altogether.

The harmful consequences of being on the watchlist extend beyond travel. The watchlist is widely disseminated to more than 18,000 state, local, county, city, university, tribal, and federal law enforcement agencies and 533 private entities through the National Crime Information System (NCIC).  As a result, people wrongly on the watchlist lose jobs. Government employers reference the watchlist for screening of employees and contractors.  So too do private employers with transportation and infrastructure functions.

People wrongfully placed on the watch list also cannot own firearms in some states, are denied certain licenses, and have their bank accounts erroneously closed by entities that review the NCIC in their decision-making process. Citizenship and green card applications are indefinitely delayed due to an opaque FBI name check process that relies in part on the terrorist watch list.  Additionally, if someone on the watch list is subjected to a minor traffic stop, the police proceed as if they are dealing with a suspected terrorist.

With countless Muslim names on the watchlist, pervasive false stereotypes of Muslims as violent and disloyal are corroborated to the millions of people reviewing the watchlist.

Despite the broad adverse consequences, the standard for being added to the watchlist is vague and low.  The TSC accepts nominations to the watchlist for “an individual who is reasonably suspected to be engaging in, has engaged in, or intends to engage in conduct constituting, in preparation for, in aid of, or related to terrorism and/or terrorist activities.”

There is no requirement that a person engaged in criminal activity, committed a crime, or even will commit a crime in the future in order to be placed on the watchlist.  Hence the decision is based largely on subjective judgments.

Even more problematic is the TSC’s consideration of an individual’s race, beliefs, and activities protected by the First Amendment, travel history, and personal associations in evaluating a nomination.  This likely explains the over-representation of Muslims on the watchlist, including at least 4600 U.S. persons.  For these reasons, the court found DHS TRIP does not satisfy the Due Process Clause; and a post-deprivation hearing is warranted.

A generation of Americans has come of age in a post-9/11 era where suspecting Muslims of terrorism is the norm.  Indeed, over 40 percent of Americans believe Islam is more likely to encourage violence than other religions.    Each time someone witnesses a government agent stop, detain, and search a Muslim at the border and airport, Islamophobic stereotypes are validated.

Thus far, the courts have offered little relief for American Muslims’ pursuit of their legal and dignitary rights.  Only time will tell if the Elhady case signifies a reversal of this troubling trend or merely an anomaly.

Sahar Aziz is Professor of Law and Chancellor’s Social Justice Scholar at Rutgers Law School.  Professor Aziz is the founding director of The Center for Security, Race and Rights and the author of the forthcoming book The Racial Muslim, under contract with Harvard Press.