Can He Do That? (Reprise): Trump’s Draft Offshore Oil and Gas Leasing Plan 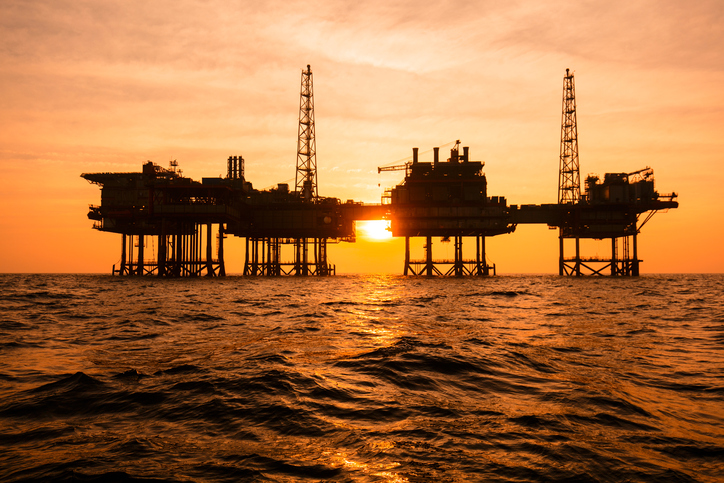 For the past year or so, a steady refrain in environmental and regulatory law has been “can he do that?” – the ongoing reexamination of presidential and executive branch authority against a dizzying backdrop of reversals, revisions, and rescissions of Obama Administration policies and rules. My own attempts to answer this question included a look at last April’s Executive Order 13795 on “Implementing an America-First Offshore Energy Strategy,” which attempts to extend the new watchword of “energy dominance” to the outer continental shelf.

On January 8 of this year, pursuant to that Executive Order and the Outer Continental Shelf Lands Act (OCSLA), the Bureau of Ocean Energy Management (BOEM) issued a draft proposed oil and gas leasing program for 2019-2024, intended to supersede the existing plan for 2017-2022. The new proposal would open up more than 90% of all outer continental shelf resources, including ending long-standing moratoria on drilling off the Atlantic and Pacific coasts and large portions of Alaska. It also represents an outright reversal of the Obama-era plan, under which 94% of offshore acreage is presently off-limits.

Scarcely a day after the proposal was released, Secretary of the Interior Ryan Zinke abruptly tweeted that federal waters off of Florida would be “off the table,” following a meeting with Florida Governor Rick Scott. That announcement led to multiple requests from governors and lawmakers along both coasts, asking that their states also be removed from the plan. Later pressed on the Florida exemption, Zinke offered terse remarks about “coastal currents” and “geology.” His statements may or may not be reflected in the next version of the plan, but they immediately muddled the process and opened it to charges of politicization and to potential litigation.

Can he do that? In one sense, yes; the Secretary can say whatever he wants, and OCSLA Section 19 specifically envisions a process that considers the views of state governors and local governments. What will matter, as BOEM’s director then had to turn around and testify to a House committee, is what the agency does. The plan is still in draft form, and until it gets revised, the question of exempting Florida or any other state remains an open one, regardless of meetings and tweets.

But to understand the alarm raised by Zinke’s actions, we need to look not just at Florida, but at the plan as a whole: like other proposals by this Administration, it is bold, even brazen. It may well be possible, as former Obama Administration officials acknowledge, to flip the script from 90% off-limits to 90% open to development, but that in itself isn’t much of a governing principle. Dressing it up in the language of “energy dominance” may provide somewhat more of a principle, but still a fairly thin one, given the heights that U.S. oil and gas markets have already attained under the existing regulatory framework.

To be fair, the current Administration has not shown much interest in incremental change; it does not feel particularly bound by history or precedent; it tends to eschew a long-term, relational approach in favor of a transactional one. Viewed in this light, the draft leasing proposal appears to be Zinke’s idea of a “strong opening bid,” to be countered and bartered as he sees fit. And as a policy matter, that might pass muster: OCSLA Section 18(a) requires the Secretary to consider eight separate environmental, economic, and geographic factors, and different administrations certainly may attempt to balance these factors differently.

As a legal matter, however, BOEM’s leasing plan will inevitably be reviewed in court. Under OCSLA caselaw, the final decision has to be based on “substantial evidence,” and it can’t be “arbitrary” or “irrational” – a test akin to, though distinct from, the “arbitrary and capricious” standard that governs most administrative law. Like that standard, it largely boils down to whether the agency based its decision on the statutory factors and the data in front of it; whether it followed the OCSLA process, including by considering and responding to public comment; and whether the final decision contains logical inconsistencies or inequities that can’t be explained away.

And it’s with judicial review that too strong of an opening bid, or too free-wheeling of a process, ultimately could lead to trouble – as this Administration has learned in other contexts. The problem with tough rhetoric, or with creating even the appearance of governing by Twitter, is that it sets a high bar to prove that you’re not just flipping the script for the sake of flipping it, that you’re not listening to certain communities and ignoring others, or that you’re not making decisions without regard to markets or (according to some reports) with little regard to where the resources are even likely to be found. Given the stumbles out of the gate, it will be extremely interesting to see how the final leasing plan evolves and how it gets tested in court.

In short, can he do that? Yes, very likely, though the leasing program’s precise shape will be determined by the ongoing notice-and-comment process, which is open until March 9. Will it stand? Stay tuned to the D.C. Circuit, which has exclusive jurisdiction over OCSLA leasing decisions.