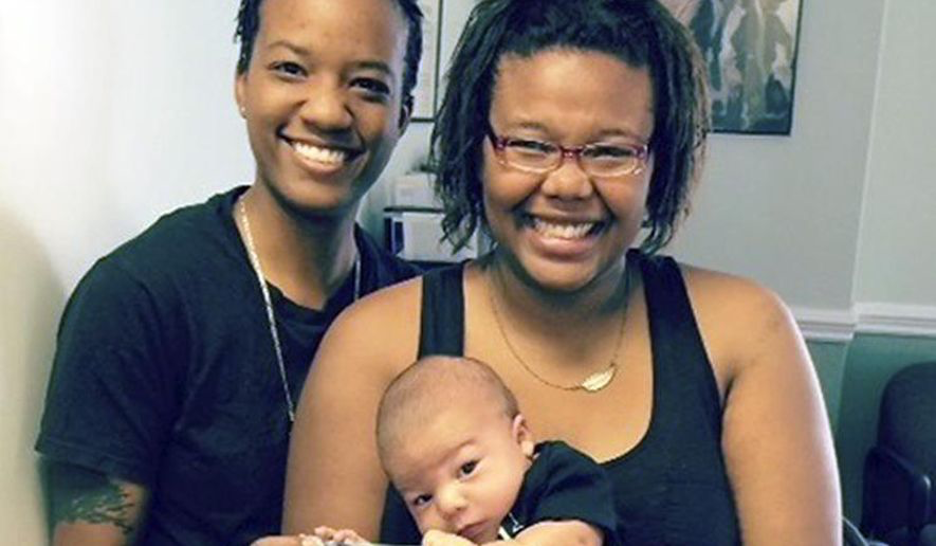 The authors are the co-authors of the forthcoming Marriage Equality: From Outlaws to In-Laws (Yale Press July/Aug. 2020).

On June 26, 2015, five years ago today, the Supreme Court held in Obergefell v. Hodges that the Fourteenth Amendment requires states to recognize marriage equality for LGBTQ+ persons. The vast literature celebrating Obergefell omits an important element of the narrative: Black Lives were critical to achieving marriage equality in America. In persuasively exposing and protesting police brutality against Black and Indigenous people of color, the Black Lives Matter movement has awakened the nation to structural racism in America. That includes the erasure and minimization of Black influence in other social and legal movements.

Black Leaders Mattered. Alphonso David, then a senior advisor to the governor, was the critical figure in the 2011 victory of marriage equality in New York. Gary Daffin was co-chair of the Gay and Lesbian Political Caucus that saved marriage equality from political override in Massachusetts. President Barack Obama, working closely with Advisor Valerie Jarrett and Attorney General Eric Holder, sunk the Defense of Marriage Act, which had been the butt of vigorous attack from Representative John Lewis in 1996.

Additionally, Obergefell Matters to Americans of all races, sexes, ethnicities, and orientations—but less-advantaged Americans have not benefitted from the decision as much as they would benefit from other reforms. Drawing from the detailed treatment in our book, From Outlaws to In-Laws, we suggest some consequences for the decision.

1. The Importance of Same-Sex Marriage—Yet the Perseverance of Alternate Institutions.

Obergefell was a valentine to marriage as an institution of commitment and child-rearing, and as many as half a million LGBTQ+ persons have found the path to civil marriage opened by the marriage equality movement. Like Obergefell plaintiffs Brittani Henry and Brittni Rogers, many such couples are raising children. Critics’ predictions that expanding marriage would spell doom for marriage as an institution have not borne out. After a freefall in marriage rates between 1980 and 2004, civil marriage stabilized in Massachusetts after marriage equality, and in the country as a whole since 2011.

The importance of marital commitment to another person “in sickness and in health” is more important than ever during the COVID-19 pandemic. (The earlier AIDS epidemic helped jump-start the marriage equality movement.)  When someone becomes ill, it is often her/his/their spouse that is able to provide care, as most COVID-19 patients rest and recover within their homes.

Yet many less-advantaged Americans do not marry. Critics rightly complain that marriage equality has left many people/families behind, but nonmarital institutions responding to gay people’s demands for relationship support, such as domestic partnerships, have survived Obergefell. Thus, Colorado in 2009 established “designated beneficiaries” for unmarried couples who wanted to take responsibility for one another’s well-being and health. Although most Colorado couples have preferred marriage, the availability of this institution is important in times of pandemic, and we urge more states to consider adopting such a law.

Yet even after Obergefell, LGBTQ+ persons have faced obstacles to equal treatment on matters of matrimony. Thus, the Supreme Court in Pavan v. Smith (2017) ruled that Arkansas’s refusal to record both lesbian spouses on a birth certificate violated Obergefell’s commitment to give same-sex couples the same “constellation of benefits that the States have linked to marriage.” Indeed, Obergefell explicitly held that Ohio had to include both male spouses on the birth certificate of the son they were adopting. That three Justices (Thomas, Alito, and Gorsuch) dissented in Pavan, a result required by stare decisis, suggests that there were in 2017 three votes to narrow, ignore, or overrule Obergefell.

In Pidgeon v. Turner, a trial judge rebuffed challenges to Houston Mayor Sylvester Turner’s order for spousal benefits to municipal employees in valid same-sex marriages. In the wake of GOP outrage, the Texas Supreme Court vacated the ruling and remanded for a reconsideration of how seriously to read Obergefell. Notwithstanding Pavan, the court said that Obergefell “did not hold that states must provide the same publicly funded benefits to all married persons.”

For a federal example, the immigration code provides that a child of a married couple is an American citizen if either spouse is a citizen and has resided for a period of time in the United States. Like Arkansas, the Trump Administration has rewritten the statute to deny citizenship to the child of a married same-sex couple where the citizen is not the biological parent. On the eve of Bostock, the Trump HHS revoked an Obama HHS rule assuring sex and gender minorities protection under the Affordable Care Act’s bar to sex discrimination in health care. Like the immigration discrimination, this issue should end up in federal court.

Episcopalians, Reform Jews, Quakers, Congregationalists, and many Presbyterians, Lutherans, Methodists, and Evangelicals have embraced marriage equality. Even traditionalist denominations such as the Catholic Church and the Church of Jesus Christ have rejected previous pronouncements that treated sexual and gender variation as malignant and have advocated tolerance for these minorities.

Same-sex marriage is affecting American religions, primarily as a result of pressure from its membership rather than from the government.

Ironically, both the Southern Baptist Convention, which was slow to condemn apartheid, and Black Baptist churches, which were on the front lines of the civil rights movement, have moved most cautiously. Yet an increasing number of Baptists, such as Reverend Delman Coates and Bishop Donté Hickman, have supported civil marriage equality based upon their study of Scripture.

Nonetheless, same-sex marriages have opened up new sources of conflict between religious liberty and LGBTQ+ equality. Sharonell Fulton, a foster mother in Philadelphia, is suing the city for terminating its foster care contracts with Catholic Services, which will not place with married same-sex couples. Fulton and Catholic Services argue that the government is bullying them to take actions inconsistent with their faith, hence violating the Free Exercise Clause. The Court will hear their case in the 2020 Term, and there will surely be sequels.  Our view is that state and national legislators ought to work with both religious and gay rights advocates to codify Bostock and devise appropriate religious allowances that address liberty-equality clashes. Reflecting a similar impulse, the Civil Rights Act of 1964 (with religious allowances) was an essential complement to constitutional victories in court.