Beyond the Right to Live in the World: A Reflection on the ADA and Disability Law 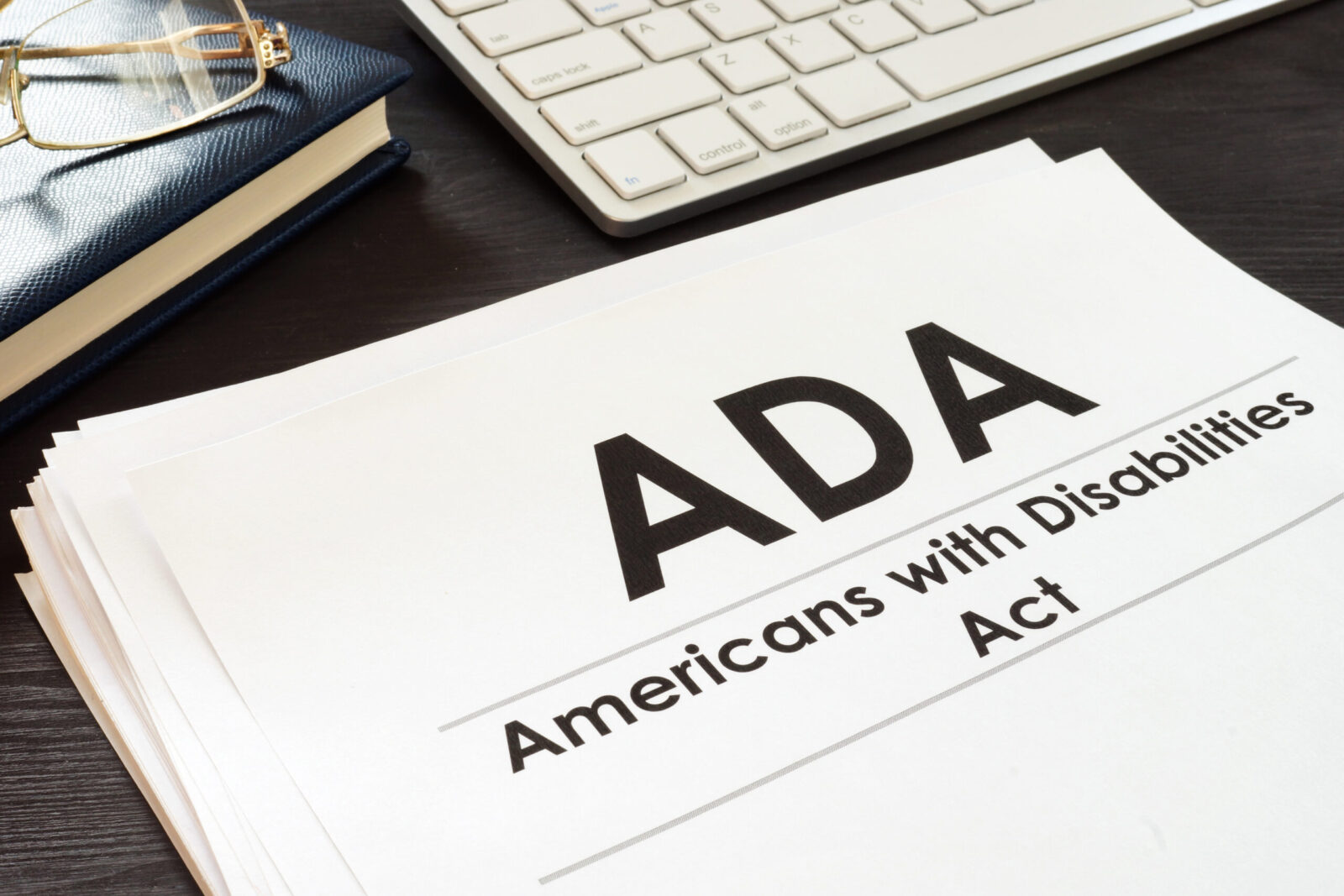 Jacobus tenBroek penned one of the most formative law review articles in disability rights history, “The Right To Live In The World, in 1966, in which he argued, among other things, that law and society should move from a custodial approach to disability regulation that prioritized segregated residences to an integrationist approach that prioritized mainstream community living. The thirtieth anniversary of the Americans with Disabilities Act (ADA), the civil rights legislation for people with disabilities, underscores the importance of Dr. tenBroek’s legacy as well. His emphasis on integration as the theoretical underpinning of law reform directly influenced key disability rights including Sections 501, 503, and 504 of the Rehabilitation Act of 1973 and the Americans with Disabilities Act. The idea that people with disabilities were entitled to equal opportunity in the same ways as other marginalized groups—such as people of color or women—was nothing short of radical at the time of his article. Dr. tenBroek framed equality for people with disabilities as “the right to live in the world” which, by extension, required physical access to make the right meaningful. While the ADA has undoubtedly transformed the built world by removing architectural barriers, legal scholars and advocates agree that the ADA has been less successful in combatting disability discrimination in other priority areas such as employment.

Three decades after President George H.W. Bush signed the ADA, a bi-partisan achievement, the existence of a “right” to live in the world has proven insufficient on its own to guarantee equal opportunities for people with disabilities. Case in point, Covid-19. The current pandemic has underscored what I call the “frailty of disability rights,” the instability of the rights of people with disabilities when they compete with those of other public interests. Two recent examples illustrate how antiquated social norms and attitudes about disability undermine how disability rights are exercised, interpreted, and enforced. First, consider the ease with which states and private actors dusted off healthcare rationing policies that blatantly discriminated on the basis of disability and age, and how easily such policies passed public muster. Alabama’s standards of care, for instance, classified people with intellectual and developmental disabilities as “poor candidates” for ventilators. If not for the swift legal response from disability advocates and a subsequent settlement, these standards of care would continue to inform medical treatment and rationing in Alabama and in other states. Second, consider how owners and operators of places of public accommodations wrestle with a growing anti-mask movement. Some anti-mask activists erroneously have claimed that the Americans with Disabilities Act exempts them from state and local mask requirements because of underlying health conditions. They have also argued that the ADA and privacy laws such as Health Insurance Portability and Accountability Act prevent business owners or service providers from asking any follow-up questions about disability. To be clear, there are certainly medical conditions that require business owners to provide reasonable modifications to allow individuals with disabilities to access their services; however, the analysis is not categorical. Such assessment would require an individualized examination of whether the person meets a threshold legal definition of disability, and follow explicit procedures enumerated in the ADA and corresponding regulations.

At least three factors continue to limit the remedial reach of disability laws. First, what I have called “the aesthetics of disability”—socially determined physical, sensory, and behavioral markers of disability—trigger affective processes that mitigate interactions with people with disabilities. The degree to which a person claiming disability manifests these limited aesthetic markers—usually assistive devices such as wheelchairs, white canes, prosthetics, or visible affliction and pain taken as proxies for incapacity—determines the legitimacy of their claim to disability identity and the perceived benefits that accompany such status. From parking lots and amusement parks to the courtroom, the aesthetics of disability have become evidentiary cornerstones of legitimate claims to disability. Consider the evidentiary role of Harvey Weinstein’s walker in his sexual assault trial in New York. Also, while upwards of 61 million people in the United States have one or more disabilities, only a small percentage of this number visibly manifest the aesthetics of disability. This can affect whether a person without them wishes to exercise legal rights and entitlements, in part, because these markers influence how factfinders will judge the persuasiveness of their claim to disability.

Second, and relatedly, disability laws have a complicated relationship with privacy. Congress intended the ADA to help address attitudinal barriers that limit access for people with disabilities which requires wrestling with deeply rooted biases against people with disabilities. The actual design of the ADA protects the employee from involuntary disclosures of disability information, including their identity as a person with a disability, in the employment context; however, if the employee voluntarily discloses to others in the workplace, they may lose the broader privacy protections. This means that an employee with a less visible disability, to protect their privacy rights overall, may choose not to disclose disability even when disclosure could benefit both the individual through the accommodations process and the broader normative mission of the ADA. This is part of the reason some anti-mask activists claiming disability exemptions have been so successful. Because people do not understand the nuances and realities of disability, they may be more inclined to be risk-averse without further inquiry when someone presents the possibility of ADA liability. This, in turn, breeds public mistrust about fraud and gaming that leads to public policing of disability rights. I argue in a forthcoming paper that the assumption that disability laws ought to value privacy as a default antidiscrimination tool requires interrogation, in part, because of the negative externalities it has produced—e.g., information deficits about disability, stigma, and the perpetuation of the aesthetics of disability in law. This is not to say that we should deregulate the disclosure of medical information or force people with less visible disabilities to disclose disability identity in service of meta-antidiscrimination goals; rather, in the design of legislation and regulation of disability, we must actively debate the stakes of nudging privacy over publicity.

Third, the ADA’s statutory focus on individual remedies over structural reforms has constrained its impact. The precarious balance between individual rights and systemic change is not unique to disability law. Perhaps, as Professor Jamal Greene argues in his forthcoming book, How Rights Went Wrong, the problem is the rights framework itself that sets up a zero-sum game (perceived or real) and breeds social discontent. This global explanation is certainly plausible and applicable to disability, but I would argue that disability law takes individualization a step further. The ADA emphasizes individual assessment to avoid categorical generalizations that treat all people with disabilities as incapable, frail, and pitiable. Key ADA legal tools such as reasonable accommodations and even the “direct threat” defense demand an individualized analysis to ensure that people with disabilities have access to work, places of public accommodations, and public programs and services. Congress focused on individualization because of the pervasiveness of stereotypes about particular disabilities, some that may be highly stigmatized such as HIV/AIDS or, perhaps, Covid-19.

How do we address the deficiencies of the ADA in creating a right to live in the world? To begin to answer this question, I return to Dr. Jacobus tenBroek. Dr. tenBroek was intimately tied to the civil rights movement for racial justice. Thurgood Marshall, at the time special counsel for the NAACP rearguing Brown v. Board of Education, wrote to Dr. tenBroek to discuss tenBroek’s abolitionist theories of constitutional interpretation of Section One of the Fourteenth Amendment. Dr. tenBroek’s work viewed segregation as antithetical to the constitutional guarantees of equal protection. This is the connection between his disability related work and his constitutional abolitionist work. Justice Thurgood Marshall would later go on to dissent in City of Cleburne v. Cleburne Living Center, Inc., reasoning, in part, that people with intellectual and developmental disabilities are a discrete, insular class of people who have been subjected to extraordinary discrimination, segregation, and neglect like other marginalized groups. This recognition of interdependence, historic subordination, and shared vulnerability is the future of disability justice in the United States. The coexistence of Covid-19 and Black Lives Matter in the public mind has created space to connect the dots.  From policing to Covid-19’s effect on prisons and nursing homes, people of color, are disproportionately affected. Yet modern disability rights movements have not yet fully grappled with internal racism and the potential for an antiracist and anti-ableist approach to social justice.

But what is the proper role of law in this? It is complicated and not my intent to resolve these issues here. However, public discourse around abolition versus reform offers an interesting entry point that resonates with disability advocates. Take prison abolition. The demise of large-scale, congregate residential institutions that served people with intellectual and developmental disabilities in the 1970s, for example, may offer insights into the broader decarceration movement. In many ways, modern abolitionists advance universal design thinking, that is, rather than retain a deeply flawed institution and make tweaks to accommodate individuals in this system, we ought to rethink the entire system, critique its goals, and address the socio-political and economic inequities that lead to incarceration in the first place. This could include revisiting the importance of constitutional law (both state and federal) to the advancement of disability equality. This moment feels different. Everyone is reimagining how and why institutions exist and operate as they do. Integration remains a critical governing principle in disability law, now more than ever. Dr. tenBroek’s legacy, however, demands that we move beyond the mere right to live in the world and ask not what we need to live in this world but what kind of world we want to live in.