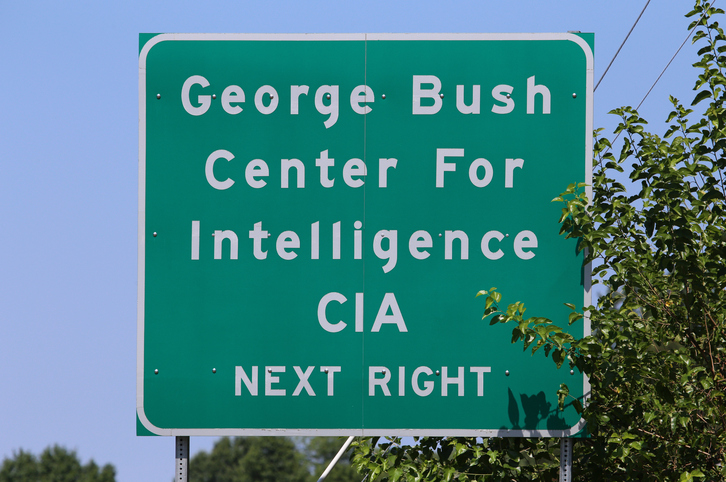 Since taking office, President Trump has prioritized one trait above all else in his cabinet appointees—blind loyalty. He wants people who will obey his orders without question, or they are fired. Picks such as Betsy DeVos for Secretary of Education, Ben Carson for Secretary of Housing and Urban Development, and Jeff Sessions as U.S. Attorney General also demonstrate his preference for candidates willing to undo Obama programs. Given that Obama touted ending America’s illegal torture program, Trump would not hesitate to reinstate it.

Thus, Trump’s nomination of Gina Haspel for Director of the Central Intelligence Agency (CIA) is a natural choice. Her extensive professional record, while impressive, evinces she lacks the fortitude to say no to superiors who order her to violate fundamental American values and domestic and international legal norms, like torture. So long as what she is asked to do is deemed legal by the president’s lawyers – however specious their legal reasoning – she will oblige. Some may find this approach appropriate for a political appointee. After all, cabinet members are selected because they agree to implement their boss’s political agenda.>

But unlike other cabinet positions, the head of the CIA manages an agency that operates in the shadows with minimal public accountability. And unlike other U.S. presidents, Trump practices an authoritarian style of governance whose only limits are those imposed on him by democratic institutions. One need look no further than his threats to fire Rod Rosenstein and firing of James Comey, both Department of Justice appointees who have refused to blindly obey Trump.

Left to his own devices, Trump would likely proudly join the ranks of dictatorships like Egypt’s Sisi, Russia’s Putin, and the Philippines’ Duterte whom he has praised for their tough on terror tactics. Tactics that notably involve torture and other human rights violations regardless of their international illegality.

For these reasons, blind allegiance to a president who believes torture works is the last thing America needs in a CIA director. And if there’s one thing that the record makes clear about Gina Haspel, it is that she is a compliant bureaucrat.

As a senior level CIA official, she oversaw a secret CIA detention and interrogation center in Thailand where Al Qaeda suspects were subjected to waterboarding and other forms of torture.  For over seventeens days, one of the detainees there, Abu Zubaida, was stuffed into a coffin-size box, slammed against the wall, waterboarded until he coughed, vomited and had “involuntary spasms of the torso and extremities.”  Other detainees were subjected to painful rectal feedings without documented medical necessity.  Logs of internal chats reportedly show that Haspel did not raise objections to the interrogation program or the methods.  All of this because a widely criticized and legally suspect memo from then-President Bush’s Office of Legal Counsel said these barbaric techniques did not legally constitute torture and that therefore, as a matter of law, were ok.

Just as the torture program was coming to light in the American media, Haspel oversaw the destruction of nearly 100 videotape recordings of those interrogations and torture of Al Qaeda suspects. That neither she nor her superior Jose Rodriguez were prosecuted for obstruction of justice further demonstrates the importance of having a strong moral compass.  Our legal system has failed to hold government officials accountable for human rights violations like torture, and there’s no indication the Justice Department under Sessions would change that.

Although Haspel has the support of previous CIA directors including John Brennan, Michael Hayden, and Leon Panetta, as well as her peers in the CIA, this only means she is loyal to the institution, not necessarily to American values. Indeed, more than one hundred former U.S. ambassadors sent a letter to the Senate expressing their opposition to her nomination. The primary concern of these experienced diplomats and foreign policy experts who worked under multiple administrations was that confirming Haspel signals to authoritarian leaders around the world that “their behavior is no different from ours. . . In an era in which the rule of law is under considerable strain around the world, this is a cost we can ill afford.”

When asked by Senator Kamala Harris during her confirmation hearing whether Haspel thought in hindsight that the torture she oversaw was immoral, Haspel skirted the question by confirming she followed what was legal at the time. So if government lawyers tell her that torture is legal and she is ordered to do it, she will comply.

Such blind obedience is precisely why Trump wants her as the head of a CIA whose ethics are driven by self-regulation, not public oversight. It is also why the American people deserve better.

Sahar Aziz is professor of law and director of the Center for Security, Race, and Rights at Rutgers Law School.  She is the author of Rethinking Counterterrorism in the Age of ISIS and the forthcoming book The Muslim Menace: The Racialization of Religion in the Post-9/11 Era (Harvard University Press