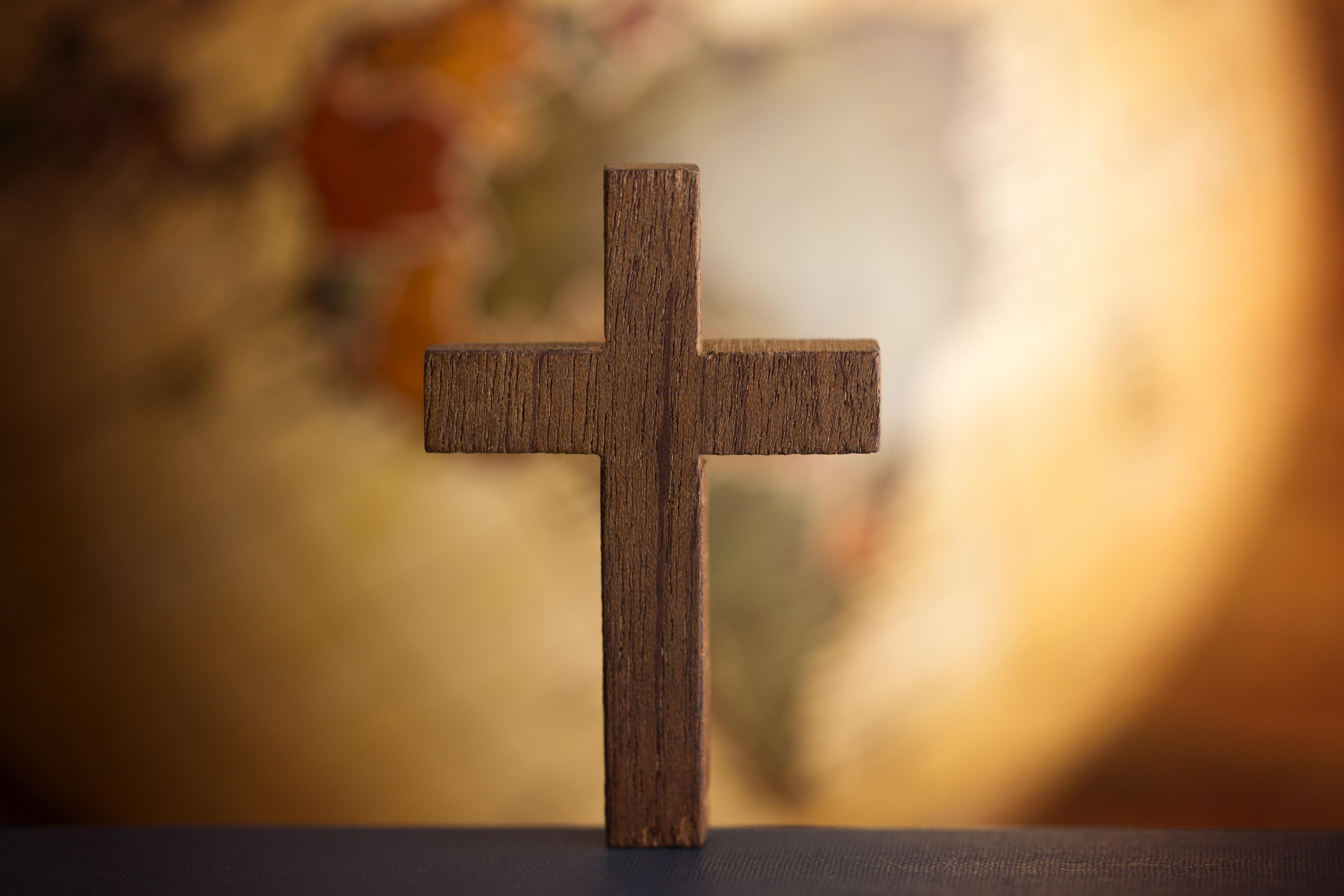 This blog was originally posted on Take Care.

The Bladensburg Cross case is discouraging for liberals, progressives, and church-state separationists on many levels. The most obvious is that the Supreme Court is likely to uphold state displays of symbols that are clearly and irreducibly sectarian. And in doing so, the Court will undermine a fundamental principle of disestablishment, which is that the state may not favor one religion over another.

It seems clear from this week’s oral argument that there are at least four votes on the Court to abandon the Lemon and endorsement tests. Justices Gorsuch, Alito, and Kavanaugh all voiced explicit opposition to the application of Lemon. And Justice Thomas has long favored a radical federalism approach to the Establishment Clause that would allow states to decide for themselves whether to maintain religious establishments. For his part, Chief Justice Roberts seems drawn to Establishment Clause tests that would provide lower courts with more guidance. And although he kept his cards close, there is every reason to expect that he will vote to reject the Establishment Clause challenge in this case. In short, on the conservative side of the Court, there are an easy five votes for upholding state ownership and endorsement of the Latin Cross – the preeminent symbol of Christianity.

But this much is predictable. The more troubling thought is that some liberal justices might refuse to call out this egregious violation of Establishment Clause principles. In an effort to gain concessions or to limit the possible damage that this case might do to decades of Establishment Clause precedent, liberals on the Court might compromise or adopt one of the “ways out” offered by the petitioners and various amici. They could say that until now, the Bladensburg Cross hasn’t been the subject of divisiveness and, for that reason, should be grandfathered. Or they could say that the cross reflects a unique historical moment after World War I when it was customary to memorialize the war dead with the symbol of the cross. Or they could say that the cross represents only the war dead from Prince George’s County, who were all Christian (although this claim may be false). Or they could say that the plaintiffs had no standing to challenge Maryland’s memorial. Or maybe there are other creative ways to underenforce the Establishment Clause in this case.

But all of these strategies of avoidance are ultimately forms of Establishment Clause appeasement.* In the face of an aggressive charge by those who favor government religious preferentialism, including Christian nationalists, it is a mistake to ignore the threat posed by this case. The real issue is not whether a hundred-year-old World War I memorial will be allowed to stand, but whether religious conservatives can clear a doctrinal path to allow widespread government endorsement of Christianity. Failure to address that issue directly invites further challenges and hastens the demise of a state that respects the principle of religious neutrality.

We may, of course, regret the divided state of our constitutional politics around these issues. Ideally, Americans would debate each other in a reasoned way, with a lower level of bitterness, and strive for amicable resolutions in hard cases. But it is not obvious that offering a middle ground will actually reduce tensions at this historical moment, when the Roberts Court is engaged in a process of remaking Establishment Clause doctrine. Indeed, compromising here is likely to exacerbate conflict by allowing the government to endorse messages that differentiate citizens on the basis of religion. Division of the citizenry along denominational lines is what’s at stake in the Bladensburg Cross case, and presumably in a range of analogous cases concerning religious expression by the government.

There are reasons to worry about whether the liberal justices on the Court fully appreciate that we are at an inflection point in the history of the Religion Clauses. For his part, Justice Breyer has wavered in the application of the principle of religious neutrality. In two companion cases, McCreary County v. ACLU and Van Orden v. Perry, Justice Breyer split the difference, voting to strike down one set of Ten Commandments while providing a crucial fifth vote to uphold another. (And he cast the vote to uphold over the dissent of Justice O’Connor, who rejected both displays as violating the Establishment Clause.) And during argument in the Maryland case, he seemed to double down on that approach. He asked, “what about saying past is past . . . but no more,” signaling a willingness to grandfather the Bladensburg cross.

Similarly, all of the liberal justices joined Chief Justice Roberts’s unanimous opinion in Hosanna-Tabor Evangelical Lutheran Church and School v. EEOC, which constitutionalized the ministerial exception and rejected a standard discrimination claim brought by a religious school teacher. None of the liberals seemed to recognize that Hosanna-Tabor would not only protect the ability of Catholics to preserve an all-male priesthood, as it should have, but that it would be used by conservatives to advance far-reaching claims for “freedom of the church” or the institutional sovereignty of religious groups. And none of them commented on the proposition that the First Amendment “gives special solicitude to the rights of religious organizations” as opposed to the rights of religious individuals. There was little sense that Hosanna-Tabor was the product of a larger social movement to strengthen the power of religious organizations, to extend their influence in the market, and to limit the civil rights protections of employees in this country. The case was seen in a vacuum, without recognition of its broader significance.

More recent cases, including those raised under the Free Exercise Clause, are also cause for concern. In Masterpiece Cakeshop v. Colorado Civil Rights Commission, Justices Breyer and Kagan joined Justice Kennedy’s majority opinion, providing a lopsided 7-2 victory for a Christian baker who had violated Colorado’s antidiscrimination law. Although they wrote a separate concurring opinion arguing that Colorado could have applied its law in a manner that was religiously neutral, Justices Breyer and Kagan agreed with the majority that the Colorado Civil Rights Commission had expressed animus toward Jack Phillips, the Christian baker. But it is hard to believe that they would have found such animus had there been a working majority to uphold Colorado’s law. It seems more likely that they went along with Justice Kennedy’s majority to reach a narrower decision and to secure language that might, in some future case, insulate public accommodation laws from challenge. But with Justice Kennedy’s retirement, that possibility now seems seriously diminished. And instead what we have is a 7-2 decision majority that confuses the doctrine of religious animus and that isolates and marginalizes the perfectly reasonable view expressed by Justices Ginsburg and Sotomayor in dissent, namely, that public accommodations laws were applied neutrally – and that it was (and is) permissible for state officials to call out discrimination when they see it.

The dissenting opinion by Justices Breyer, joined by Justice Kagan, in Trump v. Hawaii was also somewhat puzzling. It focused heavily on an “elaborate system of exemptions and waivers,” which might have provided evidence of President Trump’s religious animus – as if any further evidence was needed beyond the relentless bigotry of his numerous statements purporting to justify the ban. Justice Breyer spent 15 odd paragraphs detailing all the statutory minutiae and inner workings of an arcane exemption system, only to conclude by half-heartedly saying that, if forced to choose, he would side with Justice Sotomayor’s straightforward dissent over the majority’s decision to uphold the ban. But then why not simply join Justice Sotomayor’s opinion in the first place and provide a clear, forceful, and unified dissent?

Perhaps such efforts should be understood as optimistic quests for common ground. Perhaps in some cases, such ground appears slim, but nonetheless possible to occupy. But this misses the larger picture, which is that Masterpiece, Trump v. Hawaii, and now the Bladensburg Cross case effect a generational shift in the meaning of the Religion Clauses. The Establishment Clause is being eclipsed, and religious free exercise has become a deregulatory sword against the advancement of civil rights.

We understand the appeal of deciding one case at a time. And we also understand the desire to compromise and to find grounds for agreement, however narrow. But in the Bladensburg Cross case, those impulses may come at the cost of emboldening those who seek to dismantle the Establishment Clause and the principle of civic equality for which it stands. As Justice Kagan so clearly and eloquently stated in her dissenting opinion in Town of Greece, “America’s promise in the First Amendment [is] full and equal membership in the polity for members of every religious group . . . .” As we have argued recently, it is a mistake to compromise that principle under current constitutional conditions. If the Court is unwilling to say that the state has violated the requirement of religious neutrality, it is time for a clear-eyed, forceful, and unequivocal dissent, one that we hope will be heard in the future by others who share Justice Kagan’s view that the First Amendment promises equal citizenship.

*Update (3/1/19): We have substituted the term concession for appeasement in the title of the piece, though not in the text. We are making this change because we recognize that the word appeasement has a potent historical connotation that we do not intend. But appeasement also has an independent and more general meaning that captures a complexity lacking in all the alternatives, including concession. Appeasement refers to a dynamic where one side yields ground for the sole purpose of avoiding conflict, but where that concession has the self-defeating effect of emboldening the other. We want to retain that meaning—we are changing the title only to avoid the unintended historical comparison that might be conveyed to those who glance at the title without reading the piece (including this update). We recognize that substituting the term concession might itself be seen as a concession, but we don’t think that’s correct—we have a nonstrategic reason for making the change.