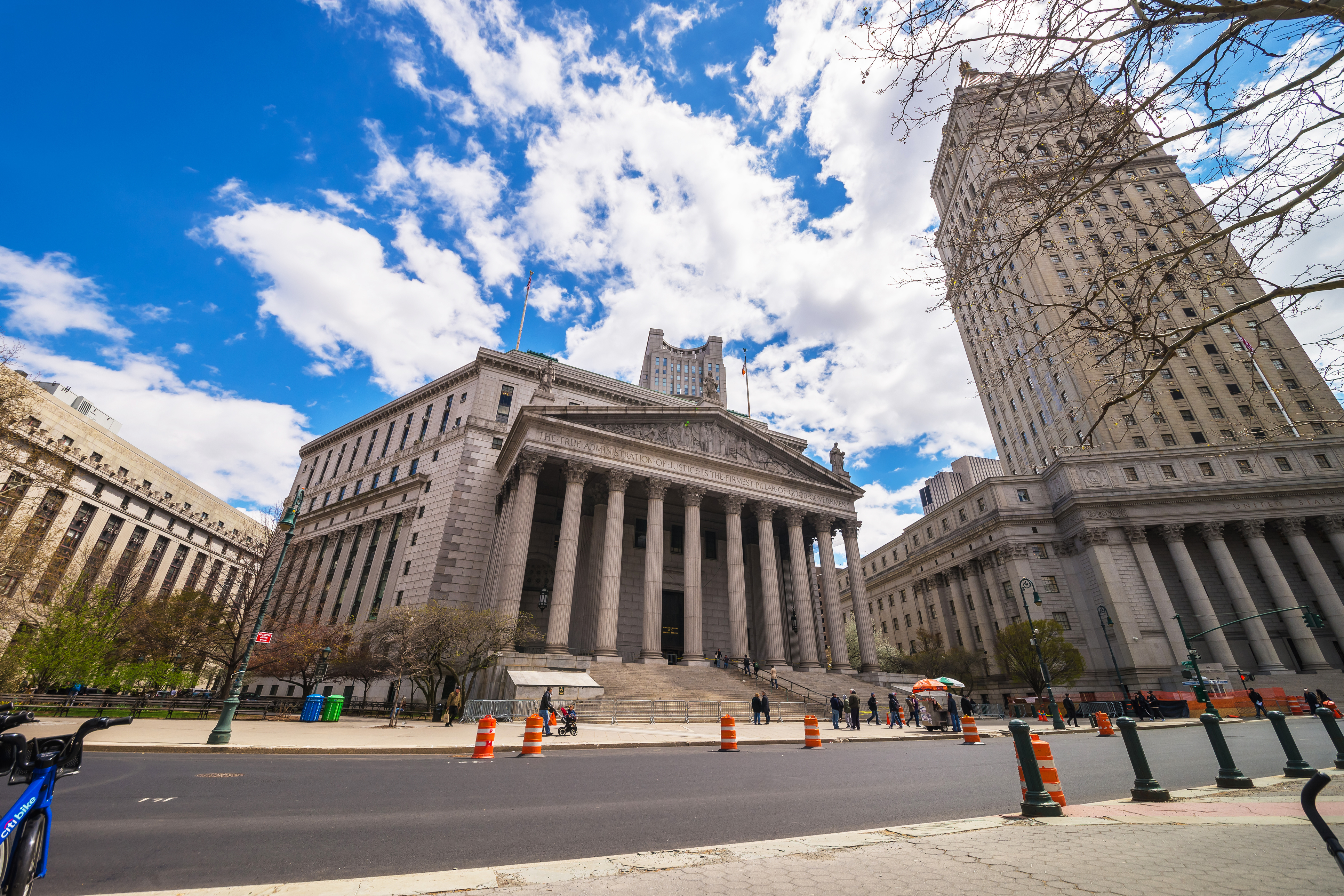 The Supreme Court heard argument in Fulton v. City of Philadelphia on the day after Election Day, 2020, and just a few days after Justice Amy Coney Barrett took the oath of her new office. The highly watched case involved a conflict between Catholic Social Services (CSS) of Philadelphia and the City, over whether CSS had a right under the Free Exercise Clause to refuse to screen same sex married couples for eligibility to be foster parents. The contract between CSS and the City included requirements of non-discrimination with respect to sexual orientation (among other grounds). CSS objected to this requirement, claiming that the rule burdened its organizational religious beliefs that marriage was reserved for unions of one man and one woman.

The U.S. Court of Appeals for the Third Circuit ruled in favor of the City. A central premise of its ruling was the ongoing validity of the Supreme Court’s 1990 decision in Employment Division v. Smith, which held that the Free Exercise Clause does not confer rights to religion-based exemptions from laws that are non-discriminatory and generally applicable to the relevant parties. The Third Circuit agreed with the City that Smith precluded a constitutional right of exemption from its prohibition on discrimination against same sex married couples, because all social welfare agencies (religious or not) in the foster care system had to abide by that prohibition. In its certiorari petition, Catholic Social Services explicitly urged the Court to consider whether Smith should be overruled, and the Court included that question in the grant of review.

Seven and half months after oral argument, the Supreme Court surprised every Court watcher with a unanimous decision in favor of CSS. The Court was not unanimous, however, on the far more important issue of how free exercise principles should apply in future disputes. Chief Justice Roberts wrote the Court opinion for six Justices, resting its holding on the narrow and questionable ground that the City’s non-discrimination policies were not “generally applicable,” and therefore were outside of the protective ambit of Smith. That conclusion invited the Court to apply more rigorous scrutiny to the City’s treatment of CSS, and the Court determined that the City’s exclusion violated CSS’s free exercise rights.

Over the course of two separate opinions, three Justices – Alito, Gorsuch, and Thomas – concurred in the judgment only. The Gorsuch opinion accuses the majority of disingenuously refusing to engage in the question of whether Smith should be overruled. And Justice Alito, in a sweeping seventy-seven pages, argued emphatically that Smith had been wrongly decided and should indeed be overruled.

Justice Roberts’ Court opinion offered no answer to Alito. The only answer from anyone in the Court’s majority appeared in a very brief, concurring opinion by Justice Barrett. Justice Barrett, joined on this point only by Justice Kavanaugh, leaned toward agreement that the text and structure of the Free Exercise Clause did not support Smith. But her opinion identified a set of crucial questions, pointedly not answered by Justice Alito, about the uncertainty that would follow from the overruling of Smith. Justices Barrett, Kavanaugh, and Breyer saw no reason to leap into that Free Exercise thicket in a case where all nine Justices agreed that CSS should prevail.

Three years ago, writing about the Court’s disposition of Masterpiece Cakeshop v. Colorado Civil Rights Commission, we subtitled our comment “A Troublesome Application of Free Exercise Principles by a Court Determined to Avoid Hard Questions.”  The majority opinion in Fulton v. City of Philadelphia deserves a similar description. The opinion makes a considerable stretch to find that the prohibition on discrimination in this context was something other than generally applicable.

First, it refers to a provision (section 3.21) in the City’s standard contract with agencies that provide foster care services to the effect that those agencies, including CSS, will not “reject . . . prospective foster parents . . . based on their race, ethnicity, color, sex, sexual orientation, gender identity, religion, [or] national origin unless an exception is granted by the Commissioner or the Commissioner’s designee, in his/her sole discretion.”  This grant of discretion, the Court reasons, invites case-by-case exceptions, and therefore destroys the general applicability of the anti-discrimination norm. Although Smith itself had suggested that, in the unemployment context, a regime of discretionary exceptions for “good cause” should not be viewed as generally applicable, that context is one in which such exceptions are routine and on-going. In contrast, the City Commissioner in Philadelphia had never made an exception under 3.21 for discrimination on forbidden grounds against prospective foster parents, and the City asserted that the Commissioner lacked authority under other provisions of the contract and under local law to make such exceptions. So, as a matter of consistent practice, the City treated the non-discrimination norm with respect to prospective foster parents as generally applicable. Notably, this argument about discretion played almost no part in the presentation by CSS to the Court.

Second, and even less plausibly, the Court rejected the City’s argument that its Fair Practices Ordinance, which prohibits discrimination in “public accommodations opportunities” based on (among other grounds) an individual’s sexual orientation, constituted a relevant, generally applicable law. The Court construed the Ordinance as not covering foster parenting as a “public accommodation,” because the relevant service of certification as a foster parent involved a high degree of selectivity. Whatever the merits of this reading, which we doubt, the Court’s adoption of it defies the long-standing norm that the Supreme Court takes state and local law as the Court finds them.  In this case, both the U.S. district court and the U.S. Court of Appeals had determined that the Fair Practices Ordinance does indeed cover the opportunity to serve as a foster parent, and by its own teaching, the Supreme Court should have accepted that determination.

CSS thus prevailed in its immediate object in Fulton, although the City has at its disposal the tools necessary to make its non-discrimination norms generally applicable. The city can rewrite the contract to exclude discretion to waive non-discrimination in screening of prospective foster parents. And the City can revise its Fair Practices Ordinance to clarify the coverage of foster care opportunities. Either move would re-ignite the entire conflict and invite re-litigation from the ground up.

The Court’s dogged determination to find the City’s non-discrimination norms not generally applicable can be understood only in light of the battle over whether to overrule Smith. The concurring opinion by Justice Gorsuch, joined by Justices Thomas and Alito, explicitly takes the majority to task for steering a “circuitous path” designed to “steer the Court around the controversial subject matter” of religious freedom, same sex marriage, and the future of free exercise principles. Justice Alito’s lengthy and elaborate concurring opinion, joined by Justices Gorsuch and Thomas, reads entirely like an effort to win a majority for the enterprise of emphatically and un-ambivalently repudiating Smith. Justice Alito advances, in great detail, a set of arguments from text, structure, history, and precedent about why he would hold that the Court’s decision in Smith is wrong.

The Justices in the Fulton majority failed to challenge many of Justice Alito’s arguments. In this omission, they were abetted by the disappointing failure of the City of Philadelphia and many of its amici to defend Smith. Here, we note that, together with Professors Frederick Gedicks and William Marshall, we filed an amicus brief in Fulton, arguing that the Court had correctly decided Smith. In a piece we plan to write and publish later this year, we will explain why many of Justice Alito’s arguments are deeply tendentious and wrong.

One aspect of the arguments we advanced in our amicus brief, however, found its way into an opinion in Fulton, and perhaps explains why CSS and its counsel did not prevail in the effort to reshape free exercise principles. Justice Barrett’s crucial opinion, concurring in both the opinion and judgment of the Court majority, squarely addresses the questions that courts would face going forward if Smith were to be erased. Citing the Court’s own pre-Smith precedents, Justice Barrett wondered whether 1) it matters that the asserted burden falls on religious entities as compared with individuals; 2) cases might turn on the character of the burden on religion as direct or indirect; 3) the scrutiny of free exercise claims would always be strict, or might sometimes be milder; and 4) a variety of pre-Smith cases would have to be reconsidered.

These questions are far from academic or idle. In the period before Smith, the Supreme Court repeatedly worked around the supposedly religion-protective free exercise regime suggested in several prior decisions. Lower courts had done likewise.  As this pre-Smith jurisprudence demonstrated, courts cannot rationally and consistently administer a constitutional presumption that claims for religious exemption from general norms must prevail except in very narrow circumstances. Yet this presumption is exactly what Justice Alito asserted in his Fulton opinion. Taken at its full force, this constitutional approach would leave the government nearly helpless in the face of free exercise claims.  Future work-arounds would be inevitable, and Justices Alito, Gorsuch and Thomas would leave it to the lower courts to struggle with the problems on the front lines.

Justice Alito’s final paragraph complained in frustration that “[a]fter receiving more than 2,500 pages of briefing and after more than a half-year of post-argument cogitation, the Court has emitted a wisp of a decision that leaves religious liberty in a confused and vulnerable state.” This unusual reference to the time and process of decision suggests that he had spent months aggressively seeking the additional votes necessary to overrule Smith from the trio of Justices Barrett, Breyer, and Kavanaugh. For all we know, Justice Alito may have come tantalizingly close to getting those votes.  Although CSS prevailed (at least for the moment) in Fulton, the free exercise principles affirmed in Smith and its progeny seem destined to endure a considerable while longer.