Affirming the Rule of Law 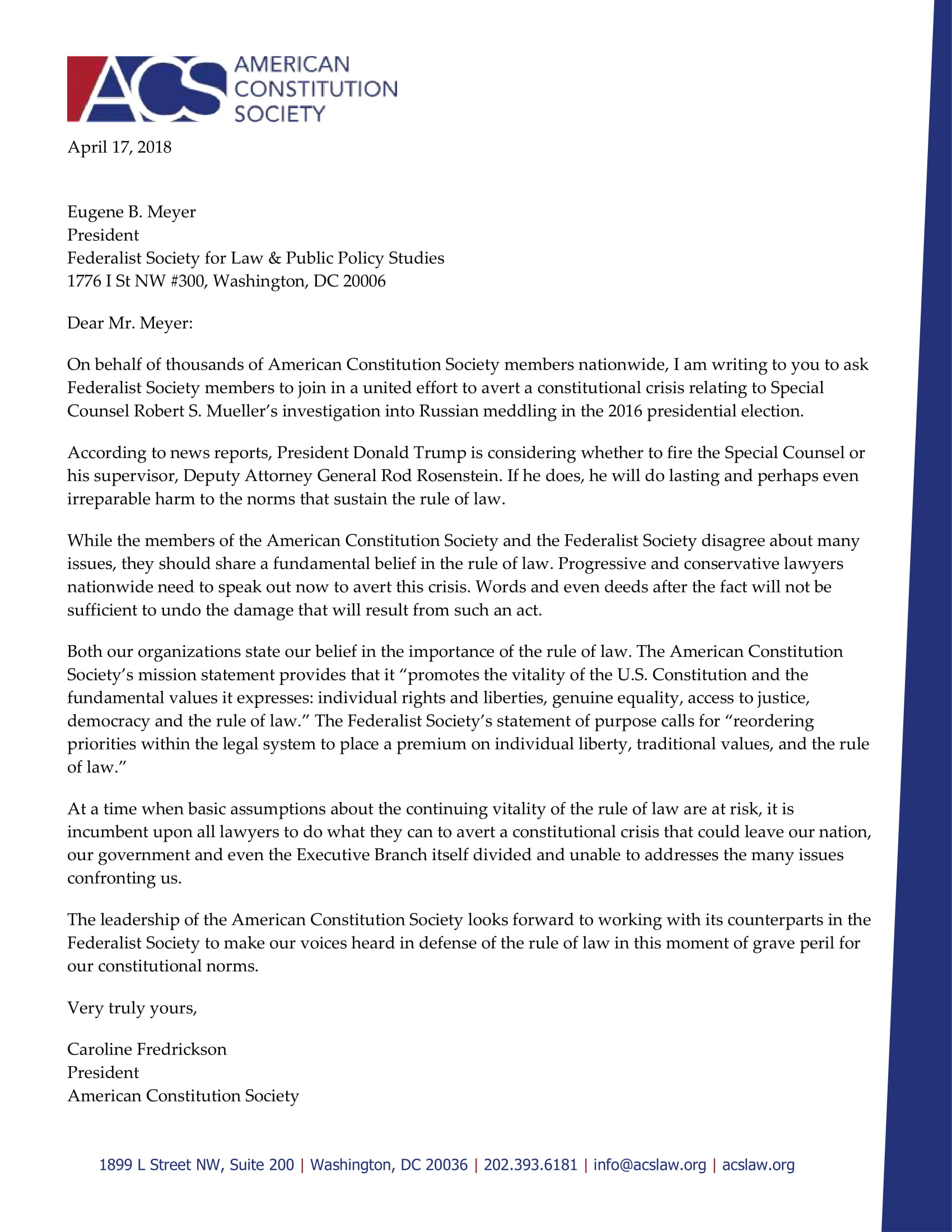 Firing Deputy Attorney General Rod Rosenstein or any investigator in the Russia probe without cause would clearly create a constitutional crisis. We must get ready to respond now. That’s why I asked the Federalist Society to join us “in a united effort to avert a constitutional crisis relating to Special Counsel Robert S. Mueller’s investigation into Russian meddling in the 2016 presidential election” in a letter, covered by Reuters, The Hill and Above the Law.

And today over 400 ACS law students pledged “to ensure nobody is above the law” if Trump attempts to undermine Special Counsel Mueller. “If the Special Counsel or Deputy Attorney General is fired, we will find our voice and use it,” stated the student letter.

President Trump and his enablers have engaged in a nine-month long smear campaign against the inquiry into Russian meddling in the 2016 presidential election. The aim of the campaign against the Mueller investigation – the most successful attack against officials in the executive branch since Joe McCarthy – is clear: obstruction of justice. We are watching a slow-motion Saturday Night Massacre.

In a recent editorial, appropriately titled “The President Is Not Above the Law,” the New York Times concluded that “if the president does move against the investigators, it will be up to Congress to affirm the rule of law, the separation of powers and the American constitutional order.”

Rule of law is central to our mission. ACS members need to play a leadership role in defending our system of checks and balances.  In anticipation of some nefarious action by the White House, ACS is prioritizing this aspect of our work.

Help us organize your community. Now is the time to take a stand.