A Progressive Vision of the Constitution 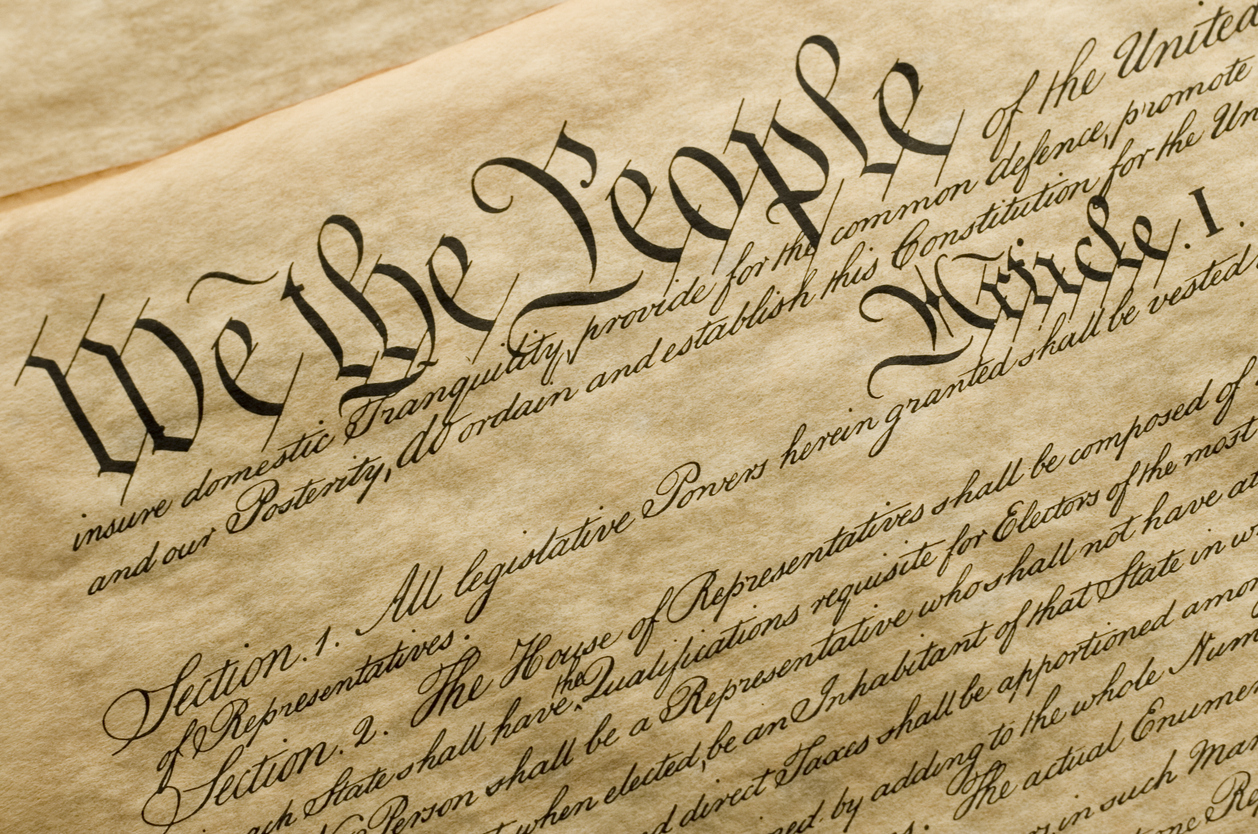 This was originally published on February 27, 2019.

Decisions in important Supreme Court cases have always been a function of the values of the justices on the bench. Conservatives realize this as much as liberals, which is why they fought so hard to keep Merrick Garland off the Court and confirm Neil Gorsuch and Brett Kavanaugh. The difference, though, is that conservatives pretend they are just following a neutral judicial methodology— “originalism.”

In their telling, conservatives are just following the Constitution. They are faithfully executing the will of our Founding Fathers whereas liberals are guilty of “interpreting” the Constitution to impose their idealistic vision on society. But liberals know that, while constitutional decisions are rooted in the document’s text, they are also a product of our nation’s history since its drafting and the needs of modern society. Conservatives know this obvious truth as well; they just cover it up with a “bumper sticker” theory of interpretation that makes for a great sound bite, but which is, in the end, meaningless.

The Constitution was intentionally written in broad, open-ended language that rarely provides sufficient guidance for many of the issues before the Supreme Court. The meaning of phrases like “cruel and unusual punishment” or “due process” or “equal protection” cannot be determined by the words of the text alone or the intent of its drafters, who wrote long ago for a vastly different world.

Moreover, the desire for value-neutral judging in constitutional cases is an impossible quest because the need to balance competing interests is inescapable and a justice’s own ideology and life experiences inevitably determine how he or she strikes that balance.

In determining whether state laws that prohibited same-sex marriage denied equal protection, all of the justices faced the question of whether forbidding marriage equality served a “legitimate” government purpose. In deciding whether affirmative action programs deny equal protection, the Court must assess whether diversity in the classroom is a “compelling” government interest. But what is “legitimate” or “compelling” is very much a reflection of the justices’ values.

It is simply wrong to think that Supreme Court justices—liberal or conservative—can decide constitutional cases without making value judgments. Such an assertion is a smokescreen to make Americans think conservatives are basing their decisions on the “true” meaning of the Constitution when actually their rulings are a product of their own conservative views.

In Shelby County v. Holder (2013), the Court declared unconstitutional a key provision of the Voting Rights Act of 1965 that required state governments with a history of discrimination to get prior approval from the Attorney General for any major change in their election systems. Chief Justice John Roberts, writing for the majority in a 5-4 decision, said that the provision, which had been the law for over a half-century, violated the requirement that Congress treat all states alike. But nothing in the Constitution says Congress should treat all the states alike.

The progressive vision, however, does more than simply show the intellectual bankruptcy of originalism; it shows that constitutional law is about applying the values of the Constitution to current problems.

These values are clearly stated in the first words in the document’s Preamble. It declares that the Constitution is written to create a democratic government, ensure an effective government, establish justice, and secure liberty. Added to these goals should be achieving equality, something omitted from the original Constitution which protected slavery and envisioned no civil rights for women or racial minorities.

The task for progressives is to give context to these values and show how the Constitution should be interpreted to achieve them. Today, the American Constitution Society and other progressive legal groups are exploring ways to apply the values inherent in the Constitution to modern problems the Founding Fathers could never have imagined let alone accounted for when they drafted the original document.

Only a progressive vision of constitutional law can address serious flaws in American democracy, such as the racial discrimination that undermines equality of voting in many states. Such a vision is needed to truly champion criminal justice reform, including finally ending the death penalty, and to fiercely defend women’s reproductive rights. In the longer term, such a vision will be needed to make the case for interpreting the Constitution as giving all Americans the right to food, shelter, medical care, and education. But dealing with these complex issues requires that the law responds to government actions that can have a discriminatory impact, actions that may nonetheless have roots in clearly outdated Constitutional language.

All of this may seem elusive today with five conservative justices. But one day, there will be a more progressive Court, and liberals should proudly articulate a vision about the meaning and values behind the words of the Constitution for when that day comes.

Dean and Jesse H. Choper Distinguished Professor of Law, University of California, Berkeley School of Law.  Author of We the People:  A Progressive Reading of the Constitution for the 21st Century (2018).