A Pandemic Is No Time for Secrecy 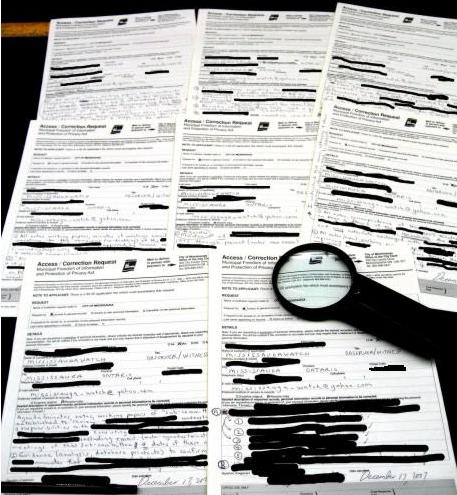 During a public health emergency such as the coronavirus pandemic, information about the government’s actions isn’t just necessary to maintain a functioning democracy — it also saves lives. But as the nation learns more about the Trump administration’s costly failures to prepare for the pandemic, there is another danger that could exacerbate the outbreak, and that is a lack of transparency.

Among the multiple missteps, missed chances, and questionable decisions of the Trump administration during the early days of the U.S. coronavirus outbreak was the order to make top-level coronavirus meetings classified. That decision hampered the government’s response by restricting key information about travel restrictions or the scope of infections and excluded top experts who lacked the necessary security clearance.

Officials told Reuters, which first reported on the series of classified meetings at the Department of Health and Human Services, that the order “came directly from the White House.” Another official said, “It seemed to be a tool for the White House — for the [National Security Council] — to keep participation in these meetings low.” Such a motivation tracks with the White House’s excessive focus on message control and political fallout. And, according to Reuters, the classified discussions were held beginning in January, a time when the president and his allies were dangerously downplaying the coronavirus threat.

As of this writing, the administration has not released a defensible justification for its decision to classify these meetings. Indeed, the power of the federal government to withhold pandemic-related information from the public is legally tenuous at best, especially if, as Reuters’s sources implied, the classification order came in a White House directive.

Analogizing this situation to a Freedom of Information Act (FOIA) request highlights the questionable reasoning behind the government’s decision. When the government responds to a FOIA request, it may only withhold information that falls within one of nine statutorily permissible exemptions. For instance, confidential information that would constitute an invasion of privacy or endanger law enforcement personnel may be lawfully withheld.

But, presumably, these coronavirus briefings do not contain personally identifiable information of individual patients, nor are they likely to contain information that could endanger law enforcement professionals. In fact, these briefings implicate only one of those exemptions — exemption 1, which protects classified information from disclosure. That is, because the briefings are classified, they may be kept from the public. But why are the briefings classified at all?

Given this administration’s history of restricting information, it appears that classification here is intended not to protect national security but to limit public scrutiny of the government’s response to the outbreak. Indeed, a bioterrorism threat is the more appropriate situation in which public health implicates national security, justifying classification. That is not the case here.

This isn’t the only example we’ve seen of the government withholding information from the public related to coronavirus. When it was announced that Gilead had secured “orphan-drug” status for a potential treatment for coronavirus — a designation that provides market exclusivity for drugs that treat rare diseases, which Gilead subsequently asked to be withdrawn following public outcry — the Food and Drug Administration refused to disclose the date Gilead had filed for this status, contending, questionably, that it was confidential commercial information.

These actions raise serious concerns about the administration’s potential to hide important information at a time when government transparency is vital. Americans self-isolating and caring for loved ones can already see the dramatic effects public health decisions have on our day-to-day lives. Holding officials accountable for their actions is critical, particularly during emergencies when governors, the president, and agency heads are exercising broad powers without facing the normal checks and balances. And with states now being forced to compete for limited resources thanks to inadequate federal assistance, transparency in how state and local public health officials are responding to the crisis is just as important.

For records that haven’t been legitimately classified, the Freedom of Information Act and state open records laws can provide a valuable window into the government’s actions. Our organization, American Oversight, has already filed more than 100 federal and state public records requests to shed light on the administration’s failed testing rollout, its troubling communications strategy, and the impact of the virus’s spread on vulnerable communities. Where necessary, American Oversight is also prepared to fight legally questionable redactions and withholdings, including those based on the administration's abuse of the classification process.

Of course, the current crisis may present some severe limitations on the ability of offices, particularly smaller state and local offices, to meet their transparency obligations. Some are to be expected; for instance, we have inserted language in our requests to make it clear that we should not expect offices that lack dedicated staff for searching records to respond to requests during the peak of the crisis, and are engaging with records officers to accommodate reasonable concerns. But there remains the danger that officials could use the current emergency to skirt those obligations and prevent the public from knowing how its government is responding to the crisis.

We are already seeing worrying signs that this might be happening at the federal level. Perhaps most notably, the FBI has closed its FOIA office through (at least) the end of March and is seeking indefinite stays of deadlines in litigation. In addition, the State Department is requesting at least 60-day extensions on production deadlines, as well as indefinite litigation stays in some of its cases. Short-term extensions for agencies to adjust to changing circumstances, or longer ones where justified, are not necessarily objectionable. But what is unacceptable are long-term delays absent any explanation other than citing the coronavirus. While an agency in a FOIA lawsuit may request that a court issue a stay allowing a delay in processing the request, the burden is still on the agency to seek and justify such a stay. And as these disruptions extend into the longer term, ultimately it is the responsibility of federal agencies to figure out how they will meet their legal obligations, including FOIA, and not just continue to make excuses to evade them.

Ultimately, transparency is just as, if not more, important now than it ever has been, with the government at all levels taking actions that will have grave impacts on the public’s health and civil rights, actions that have already intruded deeply into daily lives. The public has a right to know what government officials knew and when, to whom they were talking, and what decisions they made behind the scenes. What’s more, with an election approaching in November, it is critical that this information come to light in a timely manner so that when voters cast their ballots, they can be fully informed about what their government has — or has not — done to protect them.